In the wake of a brutal murder of a 20-year-old University of Iowa student at the hands of an illegal immigrant, Democrats and their media sycophants are showing where their true loyalty lies.

Not with Mollie Tibbetts, whose body was recently discovered after an agonizing search and whose murderer, allegedly a Mexican national named Cristhian Rivera, has been charged in the case.

Senator Elizabeth Warren downplayed the tragedy and tried to focus attention back on the real victims – the illegals. An MSNBC guest dismissed Tibbetts as just a “girl in Iowa” who “Fox News is talking about.” And major left-wing networks flat-out ignored the story.

Why? Because their agenda of promoting open borders and supporting lawless illegal immigrants trumps any American life that may suffer at the hands of those policies. 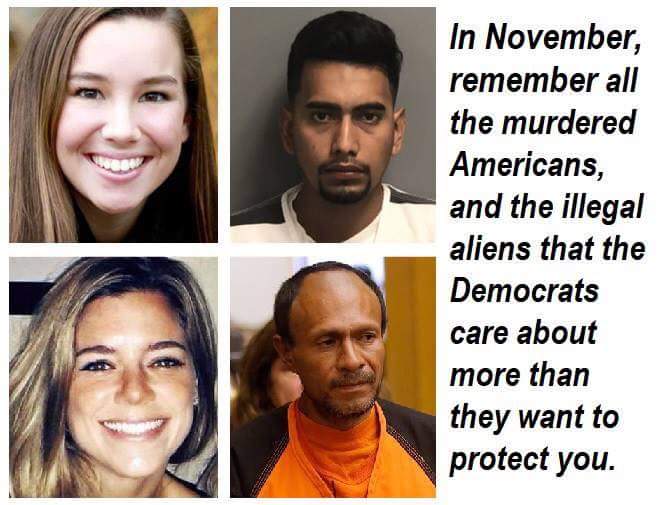 They barely register a tear over Mollie’s death. They didn’t change their views on illegal immigration when Kate Steinle was killed. And have you ever heard them mention the name, Jamiel Shaw II?

Warren practically shrugged at the Tibbetts story, saying “I think we need immigration laws that focus on people who pose a real threat.”

House Minority Leader Nancy Pelosi has all but admitted that a victory for Democrats in the midterm elections would provide ‘leverage’ to illegal immigrants – a goal for her party.

Why should they be the focus? Why aren’t Americans more important to them than people who cross the border.

“Americans are dreamers, too,” President Trump once said, a concept the Democrat party has all but forgotten.

AMERICANS ARE DREAMERS TOO pic.twitter.com/Jl5mQD4DRP

Perhaps radio host Mark Levin captured the anger one feels when realizing the Democrat Party has skewed their priorities.

“I’m sick and tired of the American citizen being demeaned and treated as second-class citizens while anyone who crosses the border is treated as the most virtuous human being on the face of the earth,” he said during an address to the Conservative Political Action Conference in 2015.

The Democrat Party has moved so far to the extreme in their pursuit to support open borders, that they now prioritize the lawbreakers rather than the law-abiding citizen.

And they prioritize them over the lives of innocent people.

Democrats will continue to fight for the freedom of illegal immigrants to do as they please. Shaw, Steinle, and now Tibbetts will never again have their freedom.

JP Morgan Warns Gas Prices About To Get Much, Much Worse