Former Governor, Democratic Hack, and noted screamer Howard Dean is at it again!

The man more famous for having a meltdown than anything actually related to policy or politics is somehow still allowed to be on television. Partially for his yelling but also because he drops absolutely outrageous gems like this. Here’s who he thinks is REALLY behind the FBI re-opening the investigation of Hillary Clinton’s emails.

Howard Dean: ‘Comey Put Himself on the Same Side as Putin’ https://t.co/Ze6biJdZXo pic.twitter.com/SGBaZbgn1h

This is just great. The Dems love laughing at Trump’s “rigged” comments, but are they any more ridiculous than claiming that everyone is being controlled by evil Russians? Come on. This election continues to pile on the non-sense. Plus, it is Hillary that loves to brag about her relationship with Putin.

Hillary is done for. This FBI investigation is another nail in coffin. She’s unable to defend herself or her actions, so she has flacks yell about “EVIL FOREIGNERS” and Russians. Reminds me of the old Russian wrestling villains! 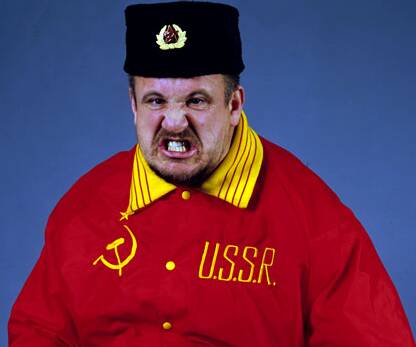 Will you support Donald Trump, Hillary Clinton or another candidate? Share your thoughts!