Nobody likes polls more than the press, and there is nothing the press likes more than a poll that fits their narrative. Given this, it’s not surprising that the media worked itself into an absolute frenzy after a series of polls that show President Trump’s re-elect is in serious jeopardy. 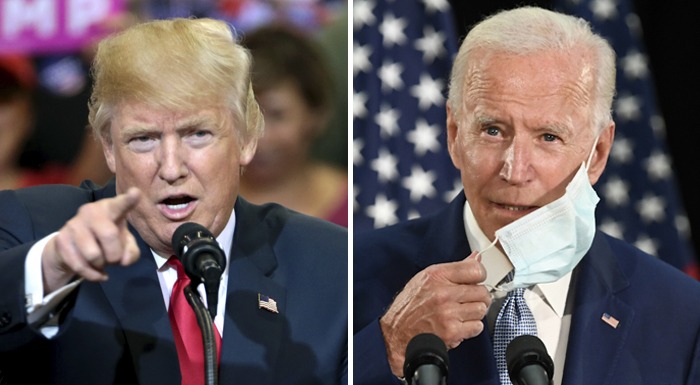 The polling getting the most buzz is The New York Times poll from this week that shows Trump trailing former Vice President Joe Biden 50-36% nationally. State polling from The Times showed Trump trailing Biden in the swing states of Florida, North Carolina, Pennsylvania, Michigan, Arizona and Wisconsin.

The polling has prompted fever-dream wish-casting pieces by media folks hailing the imminent Biden landslide. Indeed, Josh Kraushaar of National Journal wrote this week about the current state of the Trump-Biden race:

Right now, it looks more likely that Biden will win a landslide victory, picking up states uncontested by Democrats in recent elections, than it is that Trump can mount a miraculous turnaround in just over four months.

Never mind that this is the same Josh Kraushaar who assured all his readers on Twitter that Trump’s impeachment was the single biggest event of the Trump Presidency. And, that Trump’s re-elect numbers would suffer dramatically because of it (no one remembers impeachment and Trump’s numbers actually went up).

Should We Be Worried About Polls

I have had several fellow Trump supporters reach out to me in the last week to ask if they should be worried about the poll numbers, so I write today to give you the same advice I have given them: these polls mean absolutely nothing.

First, might I remind everyone that polling taken less than a month before the 2016 election showed Hillary Clinton demolishing Donald Trump. Indeed, an NBC News/Wall Street Journal poll taken October 8-9th of 2016 showed Clinton with a 14-point lead over Trump in a head-to-head matchup (52-38%).

That poll was taken right after the release of the infamous Access Hollywood tape and marked the 500th time the main stream media had declared Trump’s campaign. So, polling in June of a pandemic, four months before the election, is generally useless as a tool for predicting what will happen in November.

Second, and even more importantly, this race hasn’t even started yet. Joe Biden hasn’t held a press conference in more than 80 days and rarely ventures outside of his basement. Preferring instead to give interviews to soft ball friendly news outlets.

Even in those interviews, Biden – WHO IS USING NOTES – is an absolute disaster. The guy can’t finish a sentence.

The bad news for Biden and for Democrats and their handmaidens in the corporate media is that at some point Biden is going to have to emerge from his basement and actually campaign for the job of President of the United States of America.

Until Biden actually starts campaigning, these polls are even more useless than usual polling.

Elections are about choices, they aren’t simply referendums on an individual candidate. Eventually, voters will get to see Joe Biden.

Eventually, Joe Biden will have to climb into the ring, I mean onto the stage, with Donald Trump for a debate.

At some point, Biden will have to stand before cameras – without notes – taking questions from folks other than friendly reporters trying to make him look good.

At some point, the American people will get to choose between Donald Trump and Joe Biden.

Joe Biden cannot hide forever, but as long as he is in hiding, every single thinking human being on the planet should feel free to ignore the polling.