Peter Fonda is an F-list actor overall, and an absolute nobody relative to the fame his sister has attracted over the decades. You wouldn’t have known that however when you saw the coverage of his tweets about Barron Trump.

In a series of tweets, Fonda expressed his interest in separating Barron from Melania to put him in a “cage of pedophiles,” among other insane comments. You can read the now-deleted tweets below (strong warning for language): 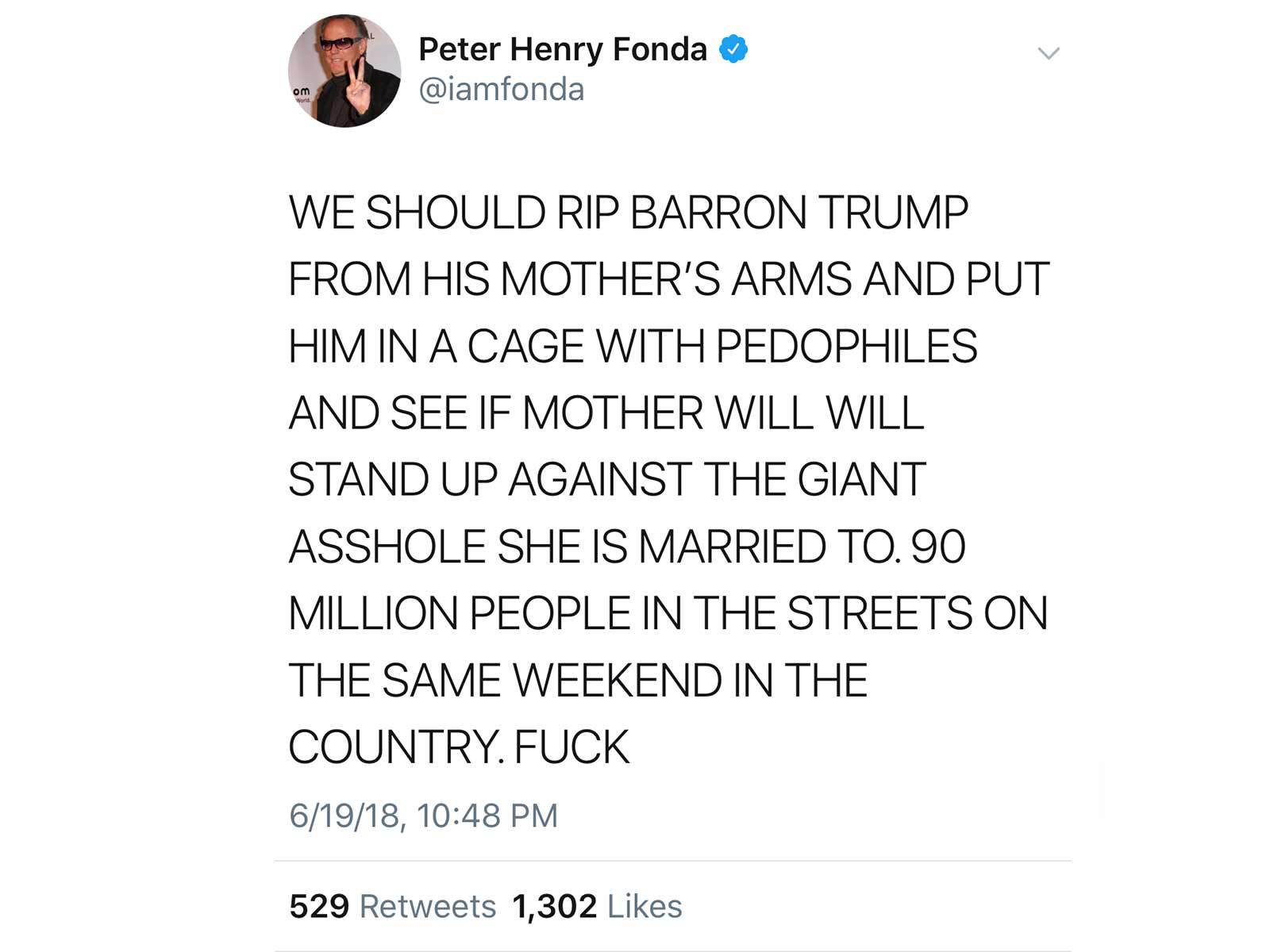 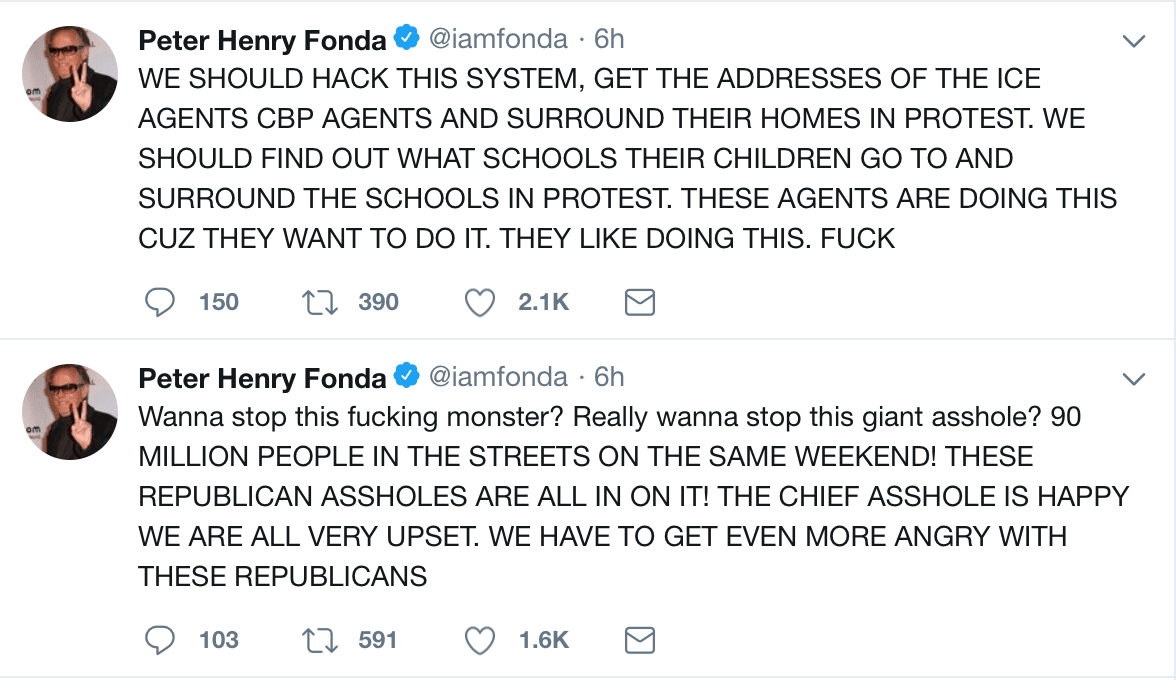 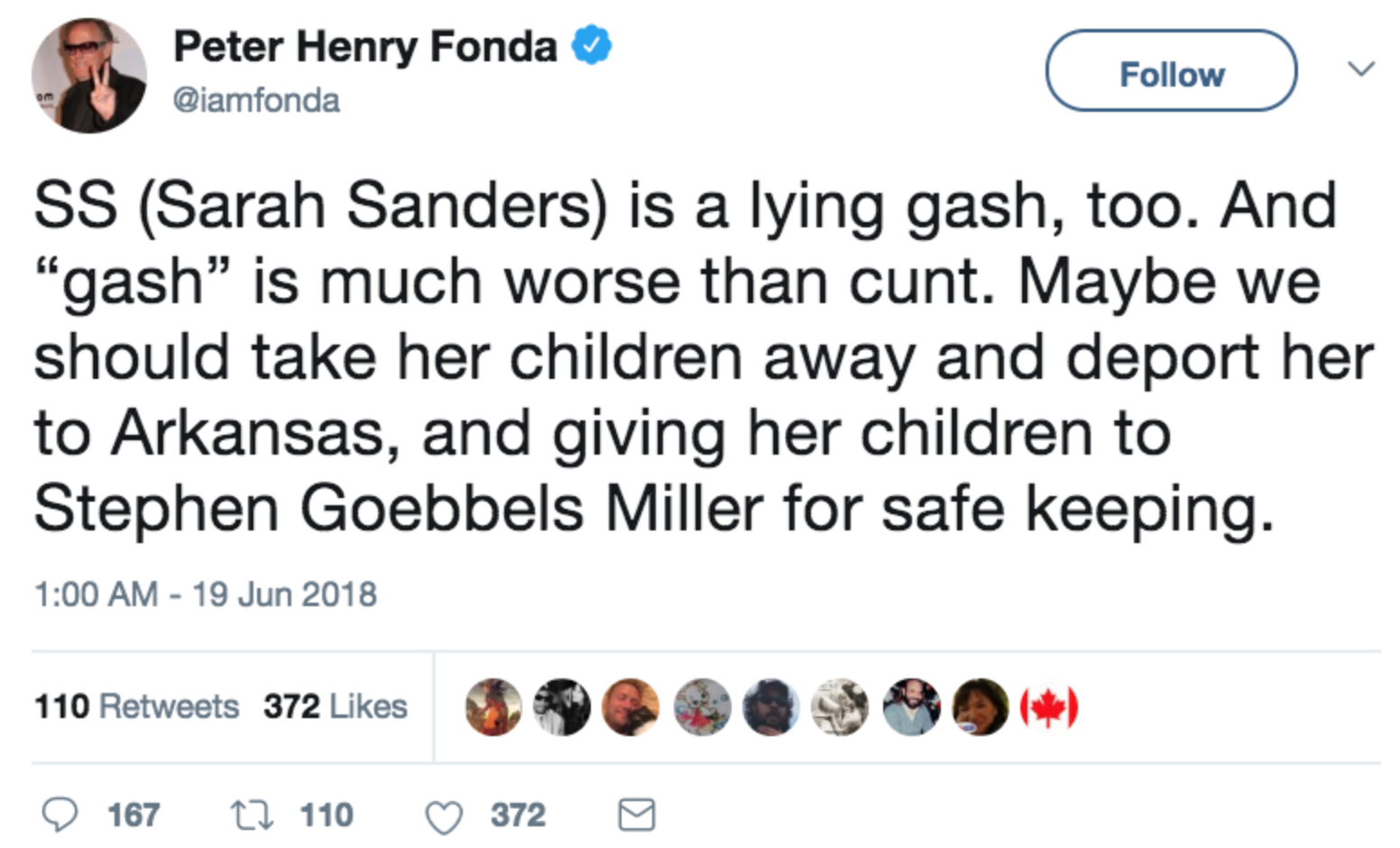 The “cages” comment would lead to a Secret Service check-in on Fonda – and wall to wall media coverage of the tweets far out of proportion to Fonda’s level of fame. (RELATED: Melania Trump’s Office Confirms Secret Service Was Notified About Threat to Barron). They came at a time when the media never shuts up about the supposed consequences of President Trump’s “harmful rhetoric” – yet the harmful rhetoric in the opposite direction never merits the same discussion.

Despite all the media coverage of the comments, consequences were lacking just as was the media’s condemnation of Fonda’s comments (with the obvious exception of Fox News). Fonda’s comments came the week a new movie starring him called “Boundaries” was set to come out, and while the production studio (Sony Pictures) distanced themselves from the comment (which they condemned as abhorrent, reckless, and dangerous), they still released his movie on schedule.

But after the box office figures have come in, it’s clear that Sony Pictures could’ve made a similar amount of money had they not published the film at all. According to the Daily Caller: “the film starring Fonda in a supporting role earned just over $30,000 since it’s release,” for a per-screen average of $6,079.

Currently, the film has a 60 percent rating on Rotten Tomatoes among critics, and a 69% ratings among regular viewers. So the film actually is doing well in the ratings – but nobody is watching it regardless.

To be fair, we don’t know if this epic-fail in the box office can be attributed to Fonda’s comments about Barron, or the fact that nobody has ever gotten excited for a Peter Fonda film. Ever.

At the same time, I don’t feel for Fonda one bit given his lack of remorse for his vicious attacks on Melania and Barron Trump.