Massachusetts has the reputation of being among the nation’s most liberal states, and that’s reflected in the state’s gun laws, which are the most onerous of any individual state in the nation.

In 1998, Massachusetts enacted the strictest gun control laws in the nation, which are still in effect today. Overnight, the new laws increased the number of state firearm regulations on the books from 67 to 100. Among the changes included:

The laws technically worked, in that they did “control” some guns, which is reflected in the fact that the number of active gun licenses in the state plummeted from nearly 1.5 million to just 200,000. Unfortunately, the only guns they managed to control were those of law-abiding citizens, not criminals.

Just take a look at the statistics.

In 1998, 65 murders in Massachusetts were committed with firearms. By 2011, that number had nearly doubled to 122, while firearm homicides only increased 3% nationally during that period (which is actually a decline when you account for population growth).

That wasn’t all. During the same time period, aggravated assaults with guns rose 26.7% in Massachusetts, and robberies with firearms increased 20.7%. Again, this was as crime was declining nationwide.

Take a look at the before and after: 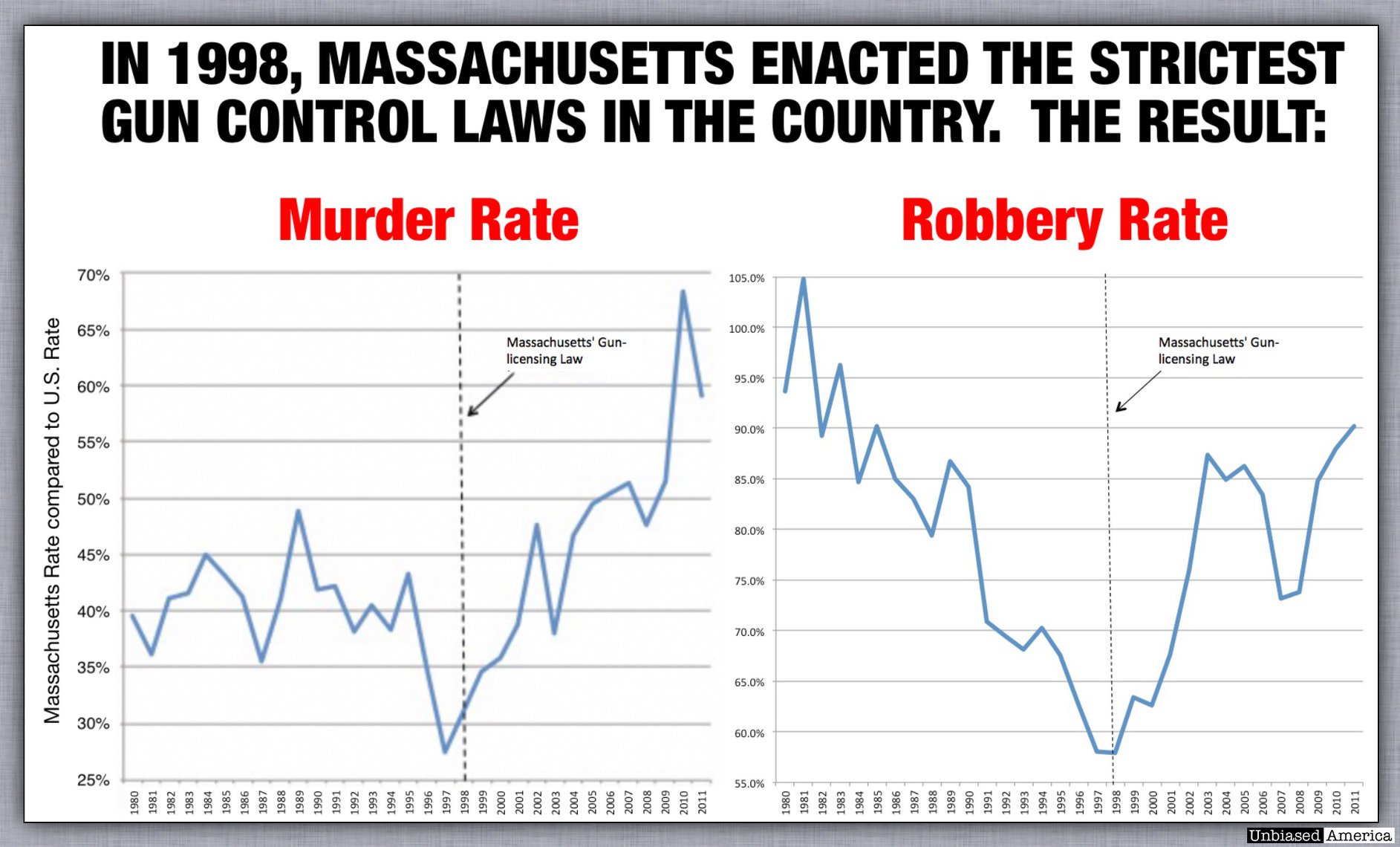 Incredibly, Massachusetts gun crime was falling before gun control, then reached its inflection point as gun-control legislation was passed, sparking an increase in gun crime.

Are you surprised by these results? Share these statistics with your friends now!