The White House Press Secretary went after the jugular and hit it.

The Trump White House has had some good press secretaries. Spicer, Sanders, and Grisham have all done well. But none have done the job so well as Kayleigh McEnany. She understands that the press, at least the majority, are not there to edify and inform the public.

They are there as the public relations arm of the Democrats, Antifa, and Black Lives Matter. So every day she duels with the opposition. It’s as if every day during WWII Ike had to brief Wehrmacht public affairs officers.

“Nancy Pelosi was not in the halls of Congress when I asked where she was, she was not working in good faith to make a deal for the American people,” McEnany commented during a White House press briefing. “Nope, Nancy Pelosi was found in San Francisco, at a hair salon, where she was indoors, even though salons in California are only open for outdoor service.”

McEnany: "As you can see, we found Nancy Pelosi going into her hair salon. We will be playing the video on loop…" pic.twitter.com/S8wYs5d5nM

“Apparently, the rules do not apply to Speaker Nancy Pelosi; she wants small businesses to stay shut down, but only reopened for her convenience,” the press secretary said. “Do as I say, not as I do, says Nancy Pelosi.”

McEnany added, “Before she skipped town to violate her state’s health guidelines, Pelosi proposed a bill.”

The press secretary accurately briefed that the House’s virus relief proposal did not include any funds for the Paycheck Protection Program, “funding that would help the very small business she has bizarrely accused of plotting against her.”

Of course, another reason is that the PPP was a success and the Democrats won’t continue it because Trump is getting credit. Better to them that small businesses die than for Trump to get any due credit.

Meanwhile, Pelosi dug her hole deeper on Wednesday: “I take responsibility for trusting the word of the neighborhood salon that I have been to many times. When they said they could accommodate people one at a time, and we can set up that time, I trusted that.” 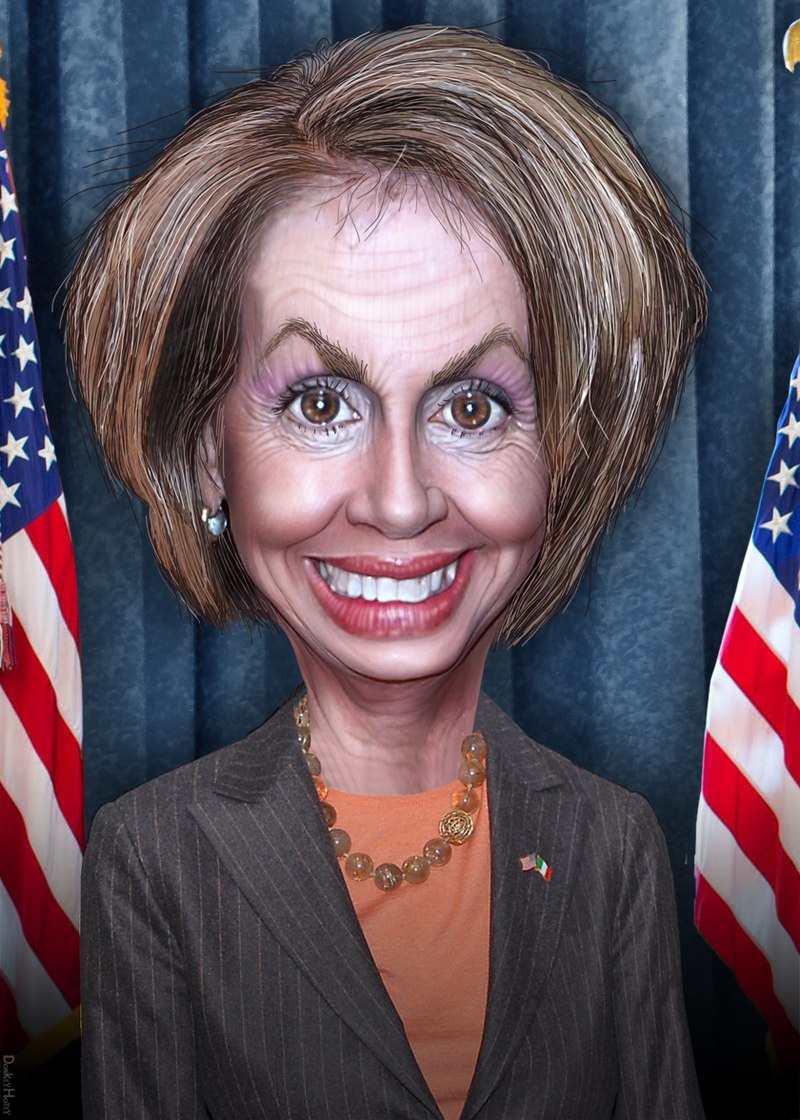 Then Pelosi went for a ridiculous defense that hasn’t been seen since 1990, when cokehead DC Mayor Marion Barry used it when the FBI nabbed him for drugs. The Washington Post described it this way:

“…Within moments, the screen became a blur of sound and action as FBI agents stormed the room, grabbing Barry, placing him up against a wall with his arms outstretched and reading him his rights before leading him away in handcuffs. The enraged Barry muttered over and over, ‘B**** set me up…. I shouldn’t have come up here…god*** b****’ — references to the woman who lured him to the hotel, former girlfriend Hazel Diane ‘Rasheeda’ Moore.”

RELATED: Pelosi Claims She Was ‘Set Up’ By Salon, Trump Fires Back Vowing To Send Her Packing

Taking her cue from that most illustrious of Democrat mayors, Pelosi said Wednesday, “As it turns out, it was a setup. So I take responsibility for falling for a setup… The salon owes me an apology for setting me up,” she added.

But salon owner Erica Kious called Pelosi out on her lie: “It was a slap in the face that she went in, you know, that she feels that she can just go and get her stuff done while no one else can go in, and I can’t work… We’re supposed to look up to this woman, right?” Kious said. “It is just disturbing.”

This piece was written by David Kamioner on September 3, 2020. It originally appeared in LifeZette and is used by permission.

Cotton Slams ‘Woke’ Kroger CEO to His Face For Asking Republicans to Save Them From Dem Regulations: ‘Best of Luck’

Report: Trump Will Be on January 6 Committee’s Criminal Referral List