Unlike the majority of countries, those in America enjoy the promise of economic mobility regardless of where they stand on the economic ladder.

In fact, when you see statistical analysis about how much wealth “the top 1%”  has, or how well the “top 20%” is doing relative to the “bottom 20%” over time, we’re comparing people to themselves at different stages at their lives, not rich and poor.

How often have you seen a headline playing off the “the rich get richer and the poor get poorer” motif? We’ll hear that the top 20% (but more often the much maligned top 1%) is earning a larger share of overall earnings relative to lower income earners, but what about those who move from a lower income level to a higher one? If someone in the bottom 20% makes their way to the top 20%, then continues earning more and more money, it’ll appear in the statistics that the “top 20%” of earners are gaining more and more income, when it’s composed of people who used to be earn very little in income.

So just how mobile is the American labor market? As it turns out, most of those in lower income brackets are younger people in the beginning of their careers, while those in higher brackets are older people with more mature careers and accumulated skills. Just take a look at the numbers: 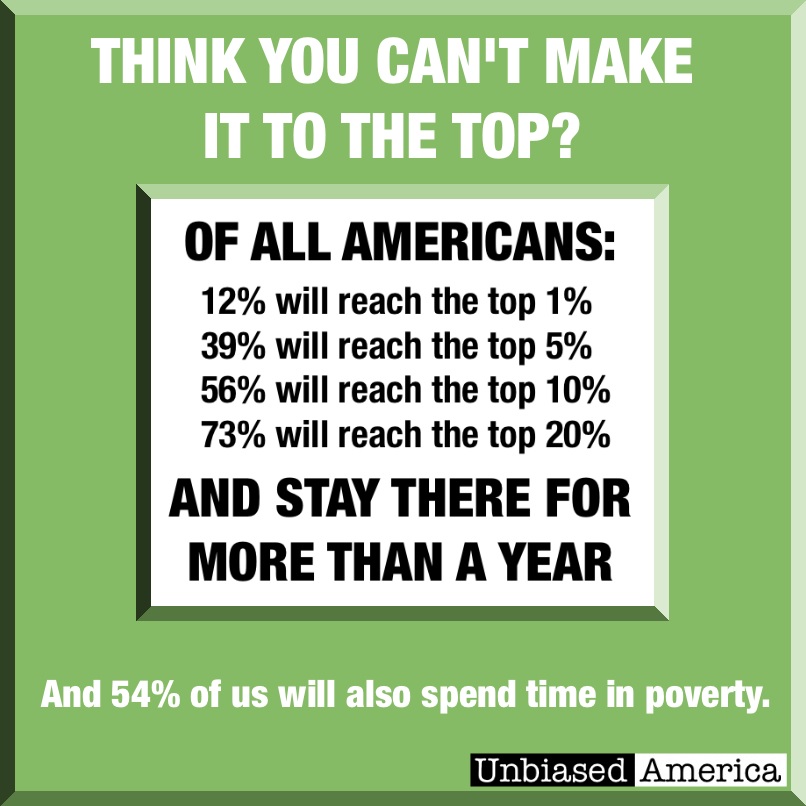 And what of those born in the bottom?

And the country that half of the world’s top 1% reside in? The United States of America.

Share this story to show others that America is still the greatest country on earth!

Atheists Tried to Ban Football Coach’s Prayer, So Students and Fans Prayed Instead