Cortez: ‘Soccer Moms With Two Vans Are A Thing Of The Past’

Appearing on the left-wing podcast Pod Save America, socialist darling Alexandra Ocasio-Cortez explained that changing demographics are a boon to progressives like her. She even punched Left a bit, complaining that the average of a House Democrat is 65-years-old. Ironically, for as often as we see Republican politicians portrayed as “old white men,” Republicans in the House are younger than their Democrat counterparts. In leadership roles, the average House Democrat is 72 years old. The average Republican is only 48.

Cortez said that Democrats are too stuck in “90s politics” today. “They were campaigning most when we had more of an American middle class,” Ocasio-Cortez said. “This upper-middle class is probably more moderate, but that upper-middle-class does not exist anymore in America.” “Their heyday was in the 90s when kids had, like, Furbys, and soccer moms had, like, two vans. That’s not America anymore!” Ocasio-Cortez said.

She then proceeded to blame Wall Street for destroying our economy, which currently has the lowest level of unemployment in decades, millions leaving food stamps, and rising wages.

Her larger point overall is that there isn’t an upper-middle class in America anymore due to inequality, and that’s not true. The middle class has indeed been shrinking – but not because everyone is getting poorer. Just the opposite, in reality. 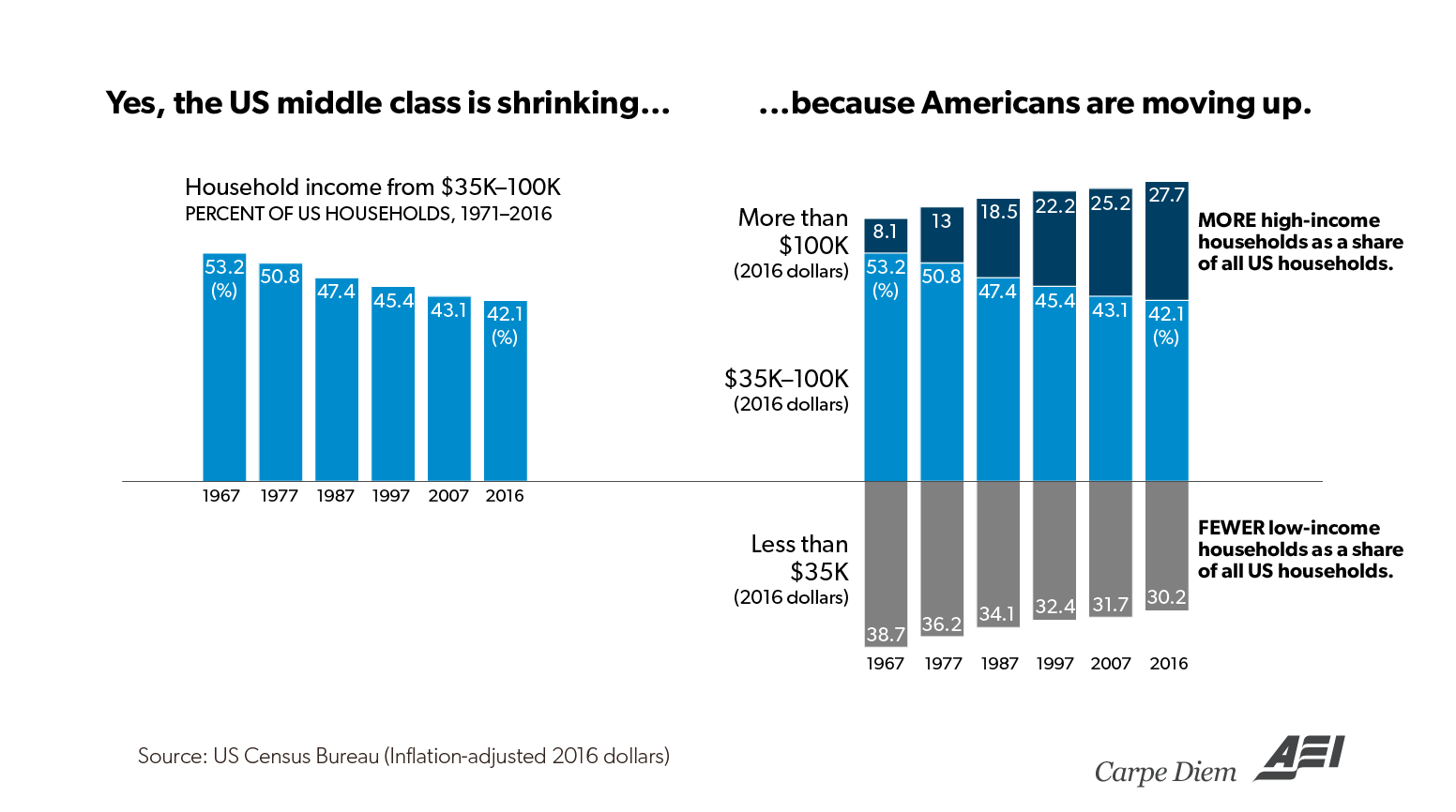 It’s hard to imagine that the Left is thinking in promoting Cortez. DNC Chairman Tom Perez calls her the “future of the Democratic Party.” Really, Tom? Cortez had a surprise victory in one of the nation’s most liberal cities, against a notoriously corrupt incumbent. It may be a sign that the voters of New York will tolerate this strain of Leftism, but that’s hardly news. The news is that the rest of the country is not going to embrace her brand of socialism.

Barack Obama and Hillary Clinton have both endorsed candidates for the midterms -and were wise enough to leave Cortez off their list. Meanwhile, every single candidate Cortez endorsed for the special elections last night lost miserably.

Hopefully, she keeps it up. She seemingly can’t go more than a few days without making a hilarious naive, or economically illiterate comment. Just imagine how much material we’ll have to work with once she’s in Congress.