Neil Gorsuch was sworn in as a new Supreme Court Justice in April of last year, taking the place of Obama’s proposed replacement, Merrick Garland. Ahead of his confirmation, the American Bar Association awarded Gorsuch their highest possible rating, with their entire Standing Committee voting that Gorsuch was “well qualified” for the SCOTUS position.

Gorsuch has only had the job for just over a year now, but he’s already proven himself a strong conservative ally and a game-changing voice on the Court.

5-4 rulings featuring Gorsuch in the majority are piling up. To recap, here are five notable SCOTUS cases with 5-4 rulings in just the past year that wouldn’t have been resolved the way they were without him:

Trump travel ban – Of President Donald Trump’s travel ban, that affected a number of Muslim-majority nations (but also North Korea), the Court concluded that “The Proclamation is squarely within the scope of Presidential authority.” Critics hyperbolically called the ban a “Muslim ban,” even though it affected fewer than 10% of the world’s Muslim population.

Voter roll purges – The SCOTUS found that Ohio’s practice of stripping voters from their rolls if voters don’t vote over a six-year period, or if they don’t respond to mailed warnings, does not violate any federal laws. Critics believe that the ruling “blesses a process that could undercut Democrats by reducing the turnout of minority and younger voters.” In reality, the law existed to keep dead people off the rolls.

CA pregnancy law – in 2015, the California legislature passed the “Reproductive FACT Act” targeting pro-life pregnancy centers and forcing them to provide free advertising and referrals for the abortion industry. Thanks to Gorsuch, reason prevailed over insanity.

Public Unions – The Supreme Court ruled that public employees (that are not union members themselves) cannot be forced to pay fees that fund the work of public sector unions. This is a huge victory for taxpayers and the affected workers.

And to top all that off, Justice Anthony Kennedy just announced his retirement.

Here is an approximate rendering of every Democrat in America as they learned the news: 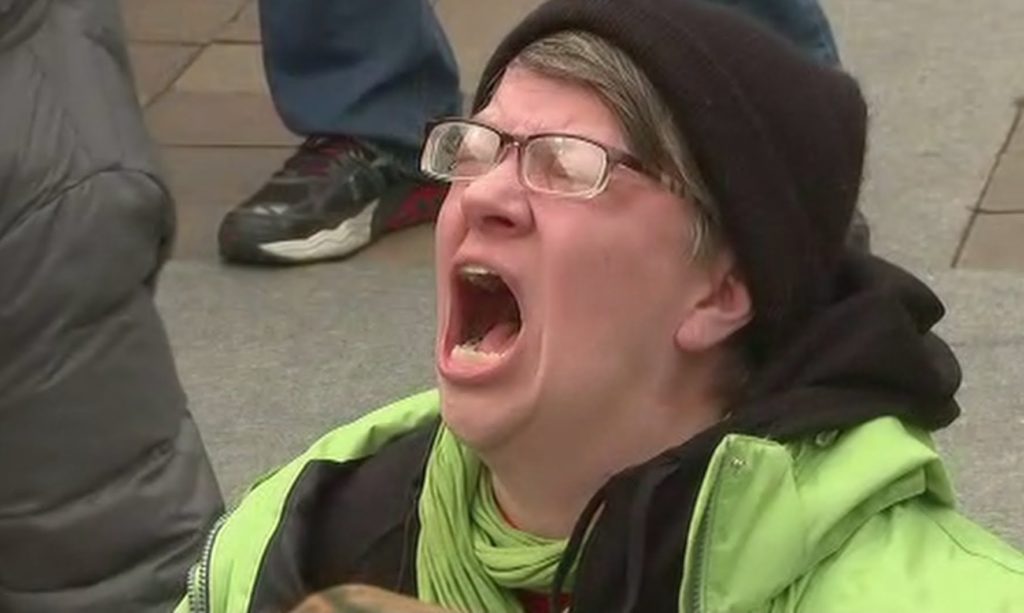 Given Trump’s list of nominees most likely to replace Kennedy, expect more 6-3 decisions in the future.