U.S. Senator Cory Booker (D-NJ) recently called on President Donald Trump to resign due to the sexual abuse allegations that were thrown at him during the 2016 presidential campaign. As Booker said in a rally in Alabama before today’s Senate special election, “I just watched Al Franken do the honorable thing and resign. My question is — why isn’t Donald Trump doing the same thing? Who has more serious allegations against him, with more women who have come forward?”

Now, new information has resurfaced that reportedly shows Booker admitting publicly, in 1992, that he sexually assaulted a woman!

As GotNews.com reports, Booker wrote a column for the Stanford Daily as a masters student at Standford University. The op-ed, entitled “So Much for Stealing Second,” shows Booker telling a personal story in the hope that it would be the “most powerful way to make a point” and “to make people think.” Booker added, “When I hesitated in writing this column, I realized I was basking in hypocrisy. So I chose to write and risk.”

The column goes on to describe Booker on New Year’s Eve in 1984 where he grabbed a friend’s breast on a bed without her permission. Booker, who was 15-years-old at the time, said, “I remember debating my next ‘move’ as if it were a chess game.” Whoa! 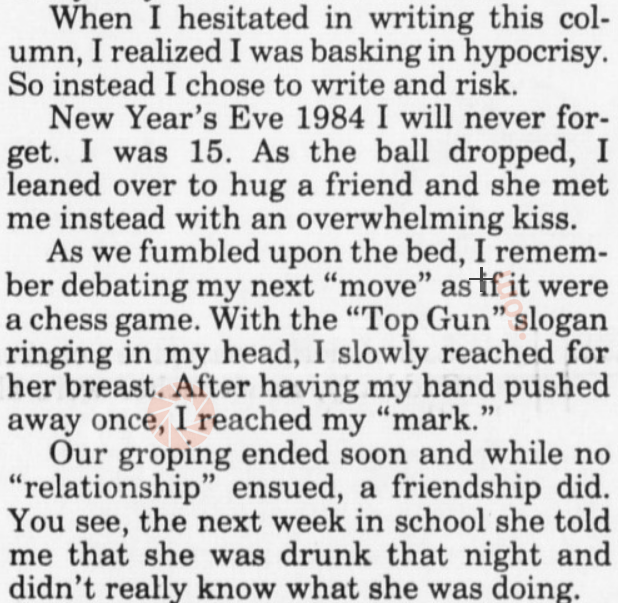 Booker recalled, “I slowly reached for her breast. After having my hand pushed away once, I reached my ‘mark.’”

This story shows that Booker grabbed a woman without her consent. To make the situation worse, the woman was so intoxicated from alcohol that she didn’t know what was going on.

According to Got News, “Booker used the rest of the piece to offer the rest of the Stanford community advice on sexual attitudes, consent, rape, and gender dynamics.” But this is Booker openly admitting he abused a helpless woman. This type of treatment of women is unacceptable. 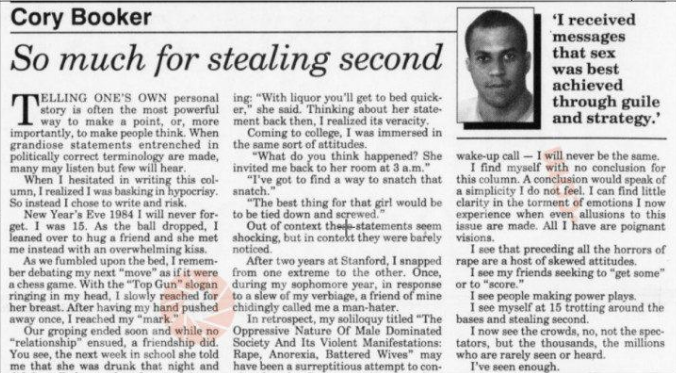