Consequences are finally catching up to those behind the bogus information in the notorious anti-Trump dossier funded by Fusion GPS and published by the “failing piece of garbage” known as Buzzfeed.

As Trump himself pointed out when initially addressing the dossier, in one section on Trump lawyer Michael Cohen, the dossier doesn’t even profile the correct Michael Cohen. I guess Fusion just assumed that there was only one person on the planet named Michael Cohen? How meticulous that research was!

Now, according to the Daily Mail,

President Trump’s lawyer Michael Cohen is suing Buzzfeed for publishing the infamous Russia dossier last year.
Cohen says in his lawsuit that the dossier painted him as having an inappropriate and possibly criminal relationship with the Russian government facilitated by his wife’s links to a property developer.
His wife was born in the Ukraine.
Cohen says that none of these allegations are true and that his father-in-law is not a leading property developer in Moscow.
Cohen also refutes in the lawsuit claims in the dossier that he met with Russian officials in the Czech Republic in August 2016 at the height of the election campaign.
He maintains that he has never been to the country and he tweeted a photo of his US passport last year with the caption: I have never been to Prague in my life. #fakenews.’

Enough is enough of the #fake #RussianDossier. Just filed a defamation action against @BuzzFeedNews for publishing the lie filled document on @POTUS @realDonaldTrump and me!

In the lawsuit, Cohen calls the Buzzfeed report and dossier a “collection of muckraking statements” that have harmed his reputation.

In response, Buzzfeed published an explanation in the New York Times of why they’re still proud they published the unverified, uncorroborated, and widely debunked dossier that was a massive embarrassment for them.

We published “the dossier” exactly one year ago today. Our editor-in-chief @BuzzFeedBen wrote about why he’s still proud of the decision in a @nytimes op-ed https://t.co/kGNsI2G7qh pic.twitter.com/nJygp9n8nY

To give you just a sampling of how terrible the information contained within the dossier is, look no further than Mr. Cohen’s suit itself, which outlines all the factual inaccuracies about him: 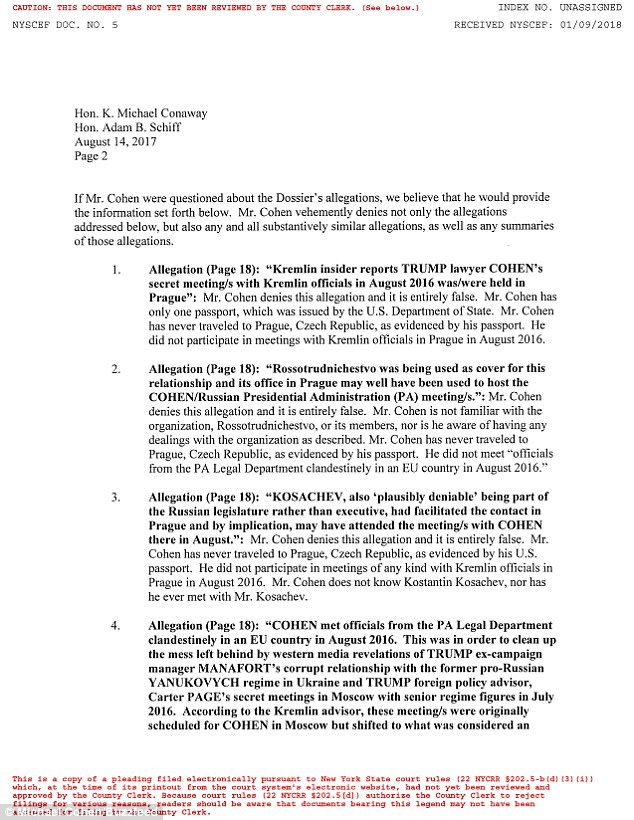 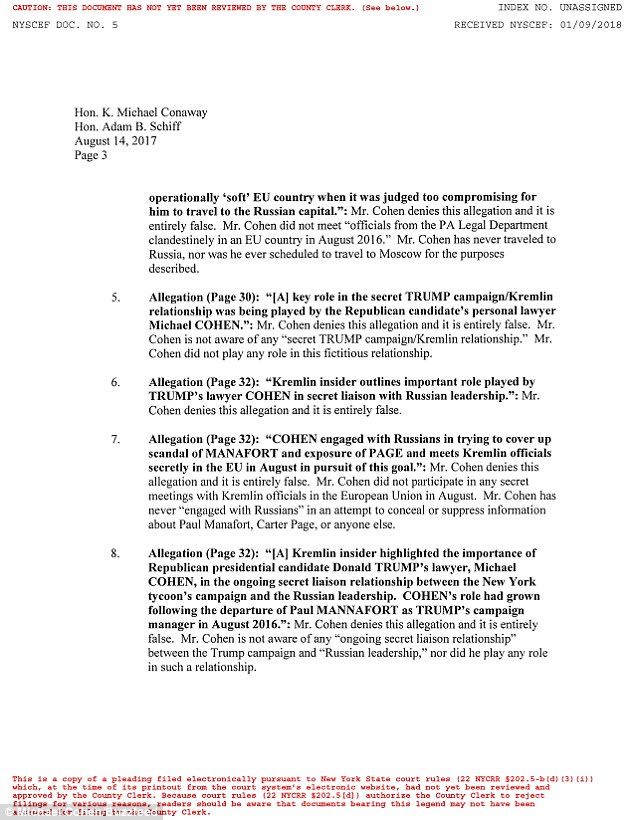 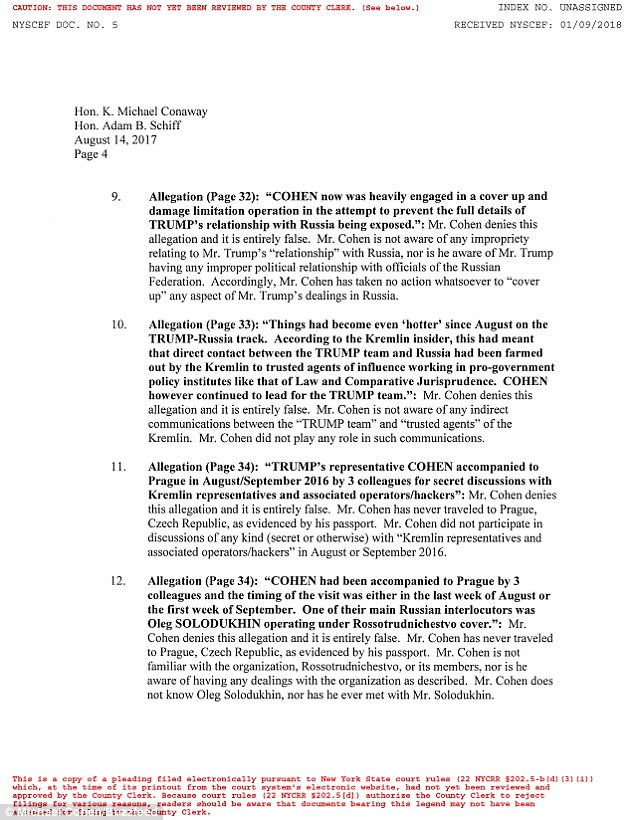 Indeed, it would appear they got more wrong about Mr. Cohen than they got right about him.

How’s that for quality opposition research?

Share this story if you want to see Trump’s lawyer win a lawsuit against Buzzfeed!