Less than one full day after her husband signed an executive order ending the family separation policy of illegal immigrants entering from the southern border, First Lady Melania Trump made a surprise visit to a detention center in Texas.

Melania is visiting children whose parents are currently being detained as their parents are being processed for committing the crime of illegally crossing the border.

The First Lady’s office put out the following statement, via the Daily Mail:

First lady Melania Trump arrived in Texas Thursday morning for a surprise visit to children being held at the border by her husband’s administration.

‘Melania Trump has arrived in McAllen, Texas to take part in briefings and tours at a nonprofit social services center for children who have entered the United States illegally and a customs and border patrol processing center,’ her communications director Stephanie Grisham said in a statement.

‘Her goals are to thank law enforcement and social services providers for their hard work, lend support and hear more on how the administration can build upon the already existing efforts to reunite children with their families.’

You can see more pictures of Melania during the visit below: 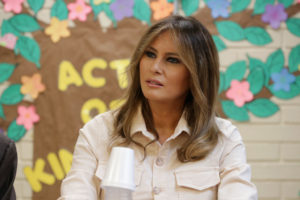 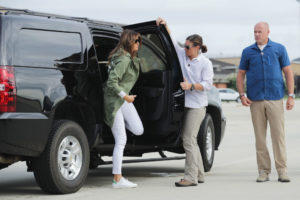 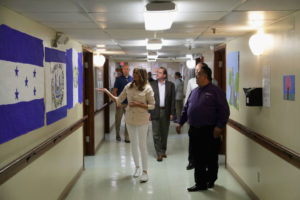 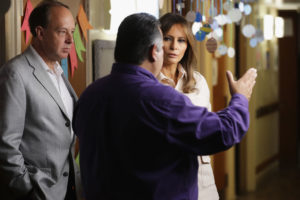 This move came without warning, but it wasn’t a surprise. The First Lady previously weighed in on the immigration issue, expressing sorrow at the difficult situation. (RELATED: Melania Trump Speaks Out About Immigration Enforcement Policies).

This gesture shows how eager Melania is to show these children that our country is dedicated to their well-being and keeping them safe. It is a reassurance that the United States is not like their home countries from which they fled.

And, no doubt, Melania wanted to get a first-hand look at the facilities housing these children to make sure they are clean and well-kept. The media in recent days has been spreading vicious rumors about the conditions of these facilities, and we have seen no evidence yet that they are in shambles.

This is the First Lady at her best: kind, compassionate, conscientious, and full of care for our great country and those who come here.