In the latest video from Prager University, Fox News contributor and author Katie Pavlich explains why firearms are “the great equalizer” when it comes to women defending themselves. As the old western adage says: God made man and women – and Samuel Colt to make them equal.

The issue of violence against women is one that could theoretically be abolished in a world where every woman was armed. Obviously, we don’t believe that the government should force anyone to be armed, but it is worth asking the question, “Why aren’t there more pro-Second Amendment feminists?”

Instead, modern feminists actively work to take guns away from law-abiding women and men.

Katie certainly isn’t one of them. In the video below, she explains why guns rights are women’s rights, and judging by how YouTube has already restricted the video for being too “controversial” (while they actively promote left-wing content on their site), you know it’s going to be good.

And don’t just take her word for it – look at the self-defense stats. One study that spanned from 1980 to 2009 found that states with the most hurdles one would need to jump through to obtain a concealed carry license had homicide rates 10% higher on average than other states. And for just a few individual examples:

And for a more complete look, here’s a chart documenting the rise in concealed carry permits issued nationwide against crime. 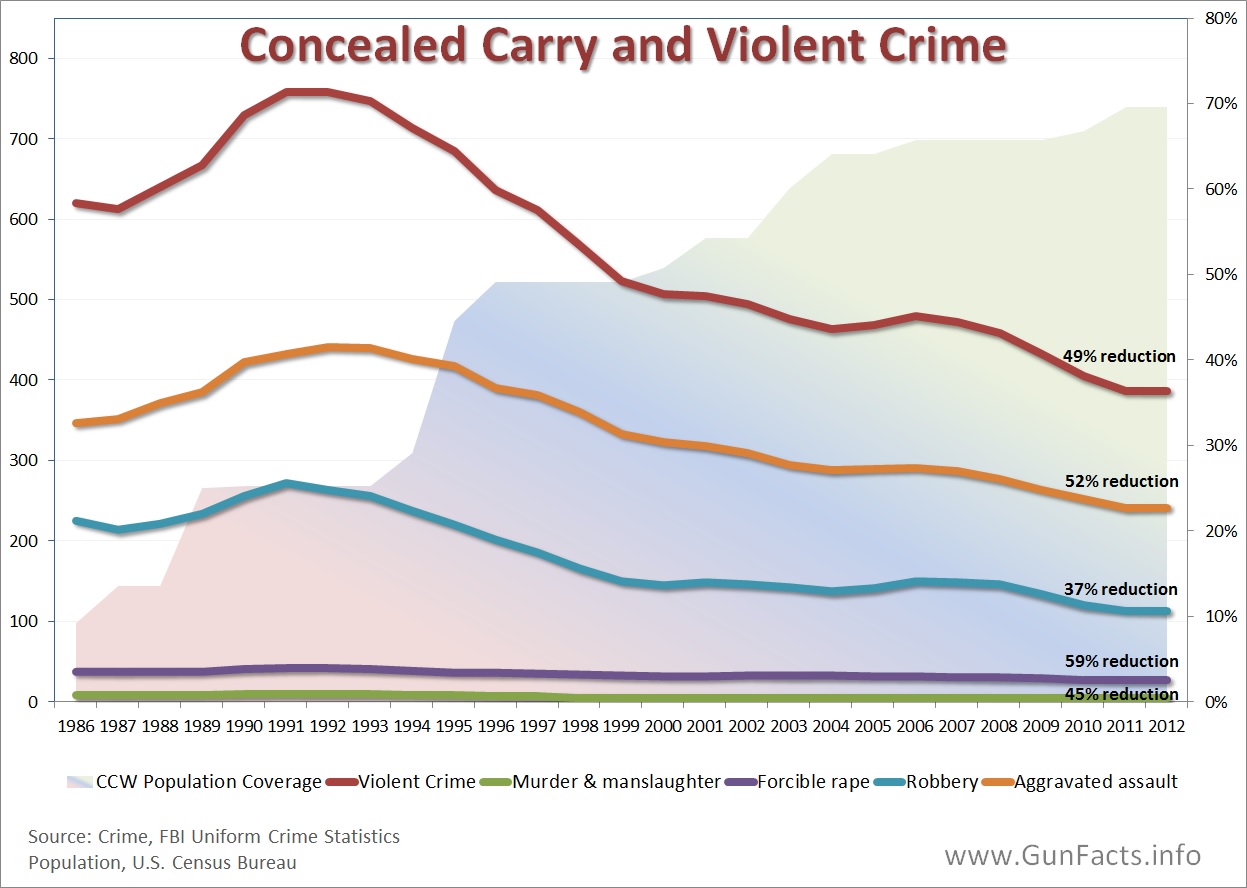 There certainly is a correlation between concealed carry permits and crime – an inverse one.