This week NASA released the first photos taken by the James Webb Space Telescope. For a brief moment, we found ourselves all in awe of what we could accomplish and just how small we were in the vast sea that is the universe.

Sometimes referred to as JWST, the Webb telescope was launched on Christmas Day, and scientists have been waiting with bated breath for what Webb can show us. Costing a whopping $10 billion, the telescope is a time machine of sorts, able to show stars and galaxies as they were 13 billion years ago due to the time it takes light to travel that far.

Previewed by @POTUS on July 11, it shows galaxies once invisible to us. The full set of @NASAWebb's first full-color images & data will be revealed July 12: https://t.co/63zxpNDi4I pic.twitter.com/zAr7YoFZ8C

To give you all a point of reference, Earth is roughly 4.5 billion years old. So in a time when the news is mostly all bad and the concept of humanity seems almost foreign, the photos released this week are, for me, at least, a welcome distraction.

RELATED: What Is The Pentagon Hiding About Its UFO Program? Even Congress Doesn’t Know

Why Do We Need To Look At Space

Our interest in space has always been there since man first gazed at the night sky and wondered what it all meant. However, our current interest has seen surges and dormancy.

The Space Race of the 50s through the 70s provided our country with something to rally behind that was universal. It didn’t matter what your political ideology or socioeconomic or other labeled societal groups you came from. The race to outer space and then the Moon captivated everyone.

However, investment in space exploration waned, and our interests focused more on earthly issues, most of which divided man into different us versus them camps. As a result, the Space Race has focused on billionaires with costly hobbies in the last few years.

I used to feel as though NASA had become somewhat irrelevant. The cost of projects and the lack of poetic inspiration had made it seem like another languished government agency.

But, now, with the introduction of the Webb telescope, NASA has dusted off what it does best…inspire curiosity.

The Scientific Implications of Webb

You can’t read an article about the Webb photos without reading NASA Administrator Bill Nelson’s quote:

“If you held a grain of sand on the tip of your finger at arm’s length, that is the part of the universe you are seeing.”

If I’m candid, my feeble brain can’t contemplate the universe’s enormity after reading and re-reading that line. Webb can show us much about where we come from, how it began, where it all might be going, and if anyone else might be out there.

Absolutely in AWE of these images from #JWTS 🤯

It’s so exciting and enthralling to see our universe in such clarity, and I can’t wait for future discoveries this will help us uncover ☄️🪐 #UnfoldTheUniverse @NASAWebb pic.twitter.com/0c8yBAsj8C

Creighton University astrophysicist Dr. Jack Gabel said the telescope will be able to “…determine how much oxygen how much hydrogen and carbon are in this galaxy.” Making this telescope a real first leap toward modernizing the search for life outside our planet.

The Cultural Implications of Webb

Webb cost the taxpayers a pretty penny; there is no doubt. However, Dr. Gabel argues:

“This is one of those endeavors, human endeavors that you can’t put a price tag on, you can’t measure in a simple way, you know what its impact is because this truly impacts all of humanity.”

When you think of how amazing the first photos are, it’s mind-blowing to think of what we will learn from them and what else we can see. Perhaps Mr. Nelson from NASA put it best:

“These images, including the deepest infrared view of our universe that has been taken, show us how Webb will help to uncover the answers to questions we don’t even yet know to ask; questions that will help us better understand our universe and humanity’s place within it.”

He goes on to give credit where credit is due:

“This mission was made possible by human ingenuity…Webb is just the start of what we can accomplish in the future when we work together for the benefit of humanity.”

It is incredible how many people across various scientific industries came together to make Webb a reality. And to think that they all probably look different from one another, have different political and societal views, and still managed to create something that will forever be etched into our historical annals of space exploration.

Now, I can’t write anything about space and science without giving the nod to the little green men or ‘alien greys’ that might be be-bopping around in the cosmos. Dr. Michio Kaku explained on Cavuto: Coast to Coast that it would be “a little bit presumptuous” for us to think we are the only intelligent creatures in the universe.

He may be exaggerating a bit when he describes us as intelligent. It wasn’t that long ago we had to explain to people not to eat Tide Pods. We seem to be confused about how to define a woman, so I pray that there are more intelligent lives out there.

Dr. Kaku went on to say:

“When you look at the sheer number of galaxies in these photographs, and each galaxy with 100 billion stars, you can’t help but realize, yeah, they’re probably out there, maybe they’re hiding their presence but yeah, they’re out there.”

Given that we have been sending our radio and electronic transmissions across the universe, I can’t blame them if they are hiding. What would you do if you were an alien race and stumbled upon some ridiculous videos posted on YouTube or TikTok? I’d burrow deep into my alien bunker on my alien planet. 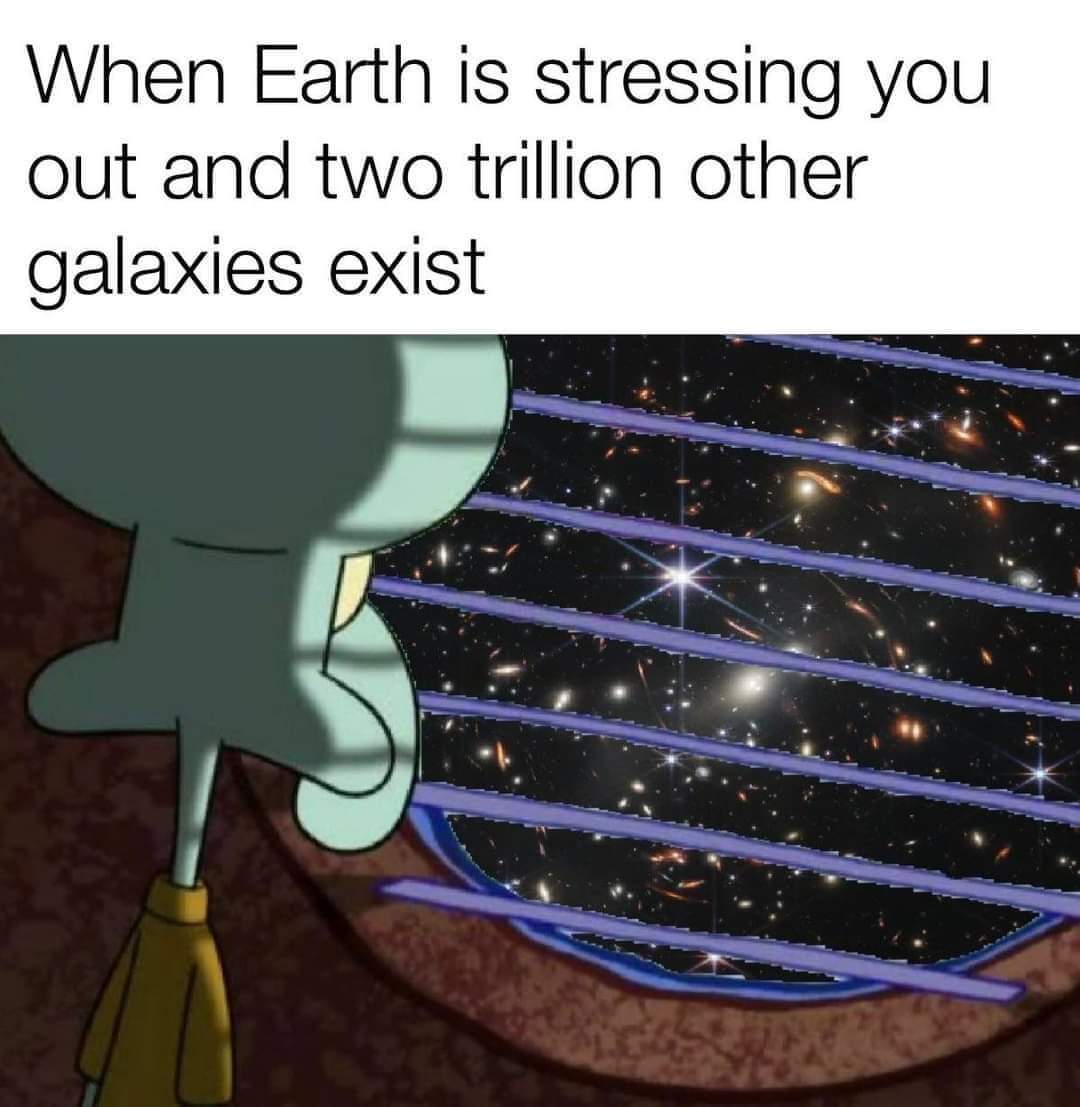 RELATED: Renewed Interest In UFOs, Alien Life Beg The Question: Why Are We Compelled To Look Towards The Heavens?

All joking aside, I love all of this space exploration and innovation. The Webb photos took my breath away, and the look in my daughter’s eyes when she saw the pictures was one of sheer wonder.

Compare views of the Southern Ring nebula and its pair of stars by Webb’s NIRCam (L) & MIRI (R) instruments. The dimmer, dying star is expelling gas and dust that Webb sees through in unprecedented detail: https://t.co/tlougFWg8B #UnfoldTheUniverse pic.twitter.com/yOMMmQcAfA

I’m not one to agree with just about anything President Biden says, but I do agree with this:

“These images are going to remind the world that America can do big things, and to remind the American people, especially our children, that there’s nothing beyond our capacity.”

Perhaps our children will answer questions we’ve always struggled with, such as what it means to be alive, are we alone, and maybe find a way to unite us again towards a common goal.

“The contemplation of celestial things will make a man both speak and think more sublimely and magnificently when he descends to human affairs.”