With DACA and border wall funding being discussed by our current lawmakers, it’s important to remember who comes first in this equation.

Democrats want you to believe it is the illegal immigrants brought here as children through no fault of their own who take priority.

What about those legal immigrants who worked hard and set about the proper path that took years to attain legal status as American citizens?

What about homeless veterans who will have resources and jobs taken by illegals?

What about the citizens of this great nation?

No, Democrats want your bleeding heart to focus on DACA recipients.

The following sign offers a unique perspective from a legal immigrant who stands with America first. 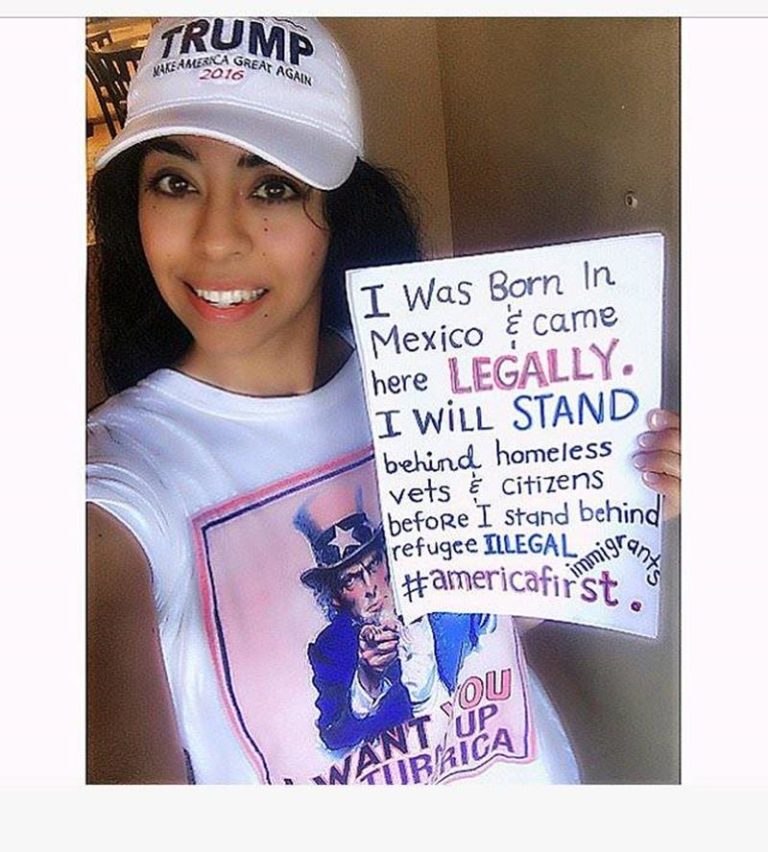 Why would legal immigrants oppose allowing illegals to be granted amnesty? We’ll explain it to liberals, believe it or not, using a fairly recent New York Times report:

These are real and valid concerns. Democrats would have you believe there is no path to legal citizenship currently in the United States. This is patently false. Everyone who wants to get into this country can do so, through hard work, patience, following proper channels, and adhering to the law.

And they certainly could have done so in the time it took for them to grow from children here through no fault of their own, to adults who know better.

One legal immigrant profiled in the Times report said, “Being in America is such a high privilege. You cannot easily give that privilege to somebody without going through some kind of process.”

“It’s like giving lots of gold for one dollar.”

Isn’t that what the Democrat Party is all about – giving out free gifts in an attempt to get votes? Even at the expense of actual Americans?

Michael Wolff Confronted by Meghan McCain on The View