DNC Takes On Another $2 Million in Debt

Thanks to Federal Election Commission documents, we know that the Democrat National Committee (DNC) took on an additional $2 million last month.

As we’ve documented here at The Political Insider over the course of the past year, the Republican National Committee (RNC) has been dominating the DNC when it comes to fundraising over the past year. The RNC raised 132.5 million dollars in 2017, breaking the all-time record for a national party in a year without national elections, and that wasn’t the only metric in which the RNC dominated the DNC. Here’s the scorecard for 2017:

Similarly, the RNC is debt-free, while the DNC continues adding to theirs. In the most recent month that there’s data available for (February), the RNC again nearly doubled the DNC’s fundraising.

Hilariously, DNC Chair Tom Perez’s explanation for why they needed to take on debt was that Republicans simply “have more rich donors.”

The narrative that the wealthy are lining up to donate to Republicans is just that, a narrative. Just take a look at the nation’s largest political donors in the prior election cycle and you’ll notice which end of the political spectrum they favor: 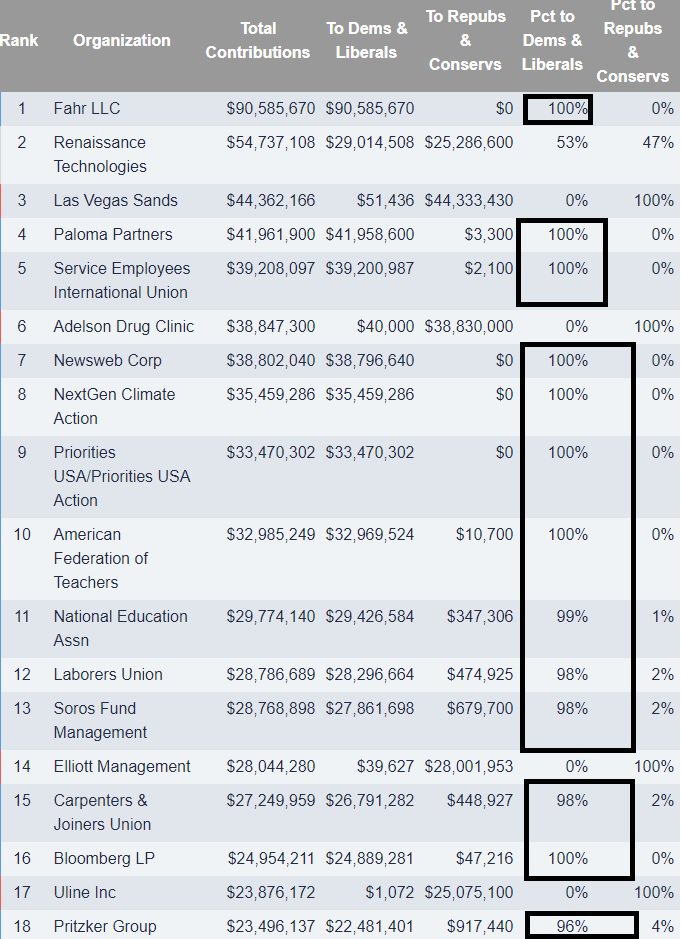 Obviously, that’s just donations for a national election, but we can look through the RNC’s records and quickly discover that the wealthy are not responsible for their growing war chest of funds. When it comes to small donations (less than $200), the RNC regularly doubles the DNC every month in the number of small donations they receive.

Midterm season is right around the corner, and as much enthusiasm for the Democratic Party the media may claim there is, there are more Republicans willing to put their money where their mouths are.

Republicans control the Presidency and both houses of Congress, but it won’t stay that way if we sit idly by this November. Will you be getting out to vote? Be sure to share this article and let us know in the comments section below.