If it seems like Democrats have become increasingly crazy during the Trump administration, it’s not just your imagination. A recent analysis from the Pew Research Center has found that Republicans are no more conservative or “radical” than they were even 20 years ago, but Democrats are extremely liberal. Even twenty years ago, a near-majority of Democrats agreed that government spending was wasteful, that the private sector is always more efficient than the government, and that illegal immigration must be combated. That’s no longer the case today.

In a move that no Democrat 30 years ago could’ve predicted, the Party is openly embracing socialism today. Bernie Sanders briefly joined their Party to run for President as a socialist, and the Party’s latest darling is another professed socialist, Alexandria Ocasio-Cortez. (Commie Cortez Pressed on How to Pay for Socialism – She’s Clueless). There’s also Julia Salazar, who’s running for Senate in New York as a socialist, like Cortez.

And why? Because their Party really is becoming a socialist party. Hillary Clinton even acknowledged as much, in citing it as one of her five million excuses for her loss. “41 percent of Democrats are socialists or self-described socialists, and I’m asked ‘Are you a capitalist?’ and I say, ‘Yes, but with appropriate regulation and appropriate accountability.’ You know, that probably gets lost in the ‘Oh my gosh, she’s a capitalist!’” Hillary told an audience. (RELATED: Hillary Claims ‘Being a Capitalist’ Hurt Her With Democrat Voters).

While Democrats may be going further left to appeal to their own base, they’ve completely alienated everyone else. 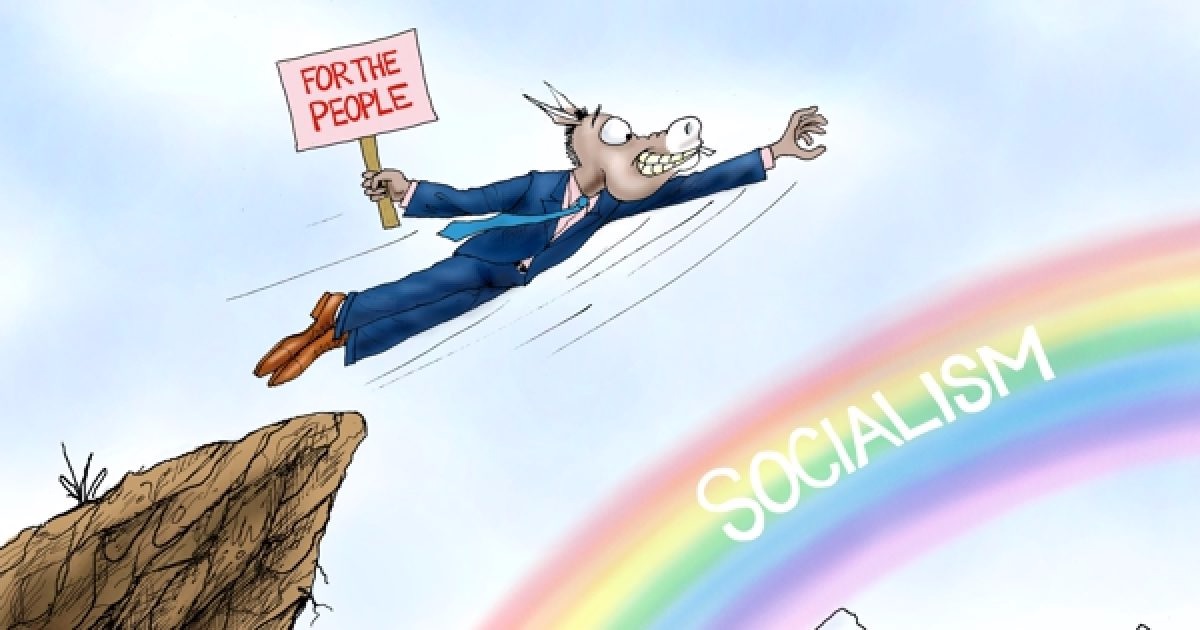 A new analysis from the Wall Street Journal shows that America’s working class towns, which traditionally voted Democrat, are abandoning the Party in droves. To summarize:

Is it really a surprise that working America doesn’t want socialism? Not to us, but Democrats haven’t figured that out yet.

Let’s hope they remain clueless until at least the midterms.

Earth To Joe Biden: Canceling Keystone XL Pipeline Is A Gift To China And Russia