President Trump Mocks Protester Sporting a Man-Bun: ‘Is That a Man or a Woman?’

One protester at a rally in Duluth, Minnesota found that out the hard way Wednesday. (RELATED: Man Shuts Down Anti-Trump Protesters In ONE Tweet).

Not only was he forcibly removed after interrupting the President by shouting and waving a big scary sign, but he was mocked on his way out the door by the commander-in-chief.

“Go home to your mom, darling. Go home,” Trump jabbed. “Get him out of here.”

As the triggered snowflake was rushed out of the arena, fans of the President ripping the sign out of his hands, Trump went for the jugular.

He mocked his manhood.

WATCH Trump take on a protestor:
“Go home to your mom darling… Was that a man or a woman? Because he needs a haircut more than I do…
I COULDN’T TELL! HE NEEDS A HAIRCUT” pic.twitter.com/bIq3PSYtXD

Fear not, we’re sure this young man was able to console himself by putting on his pajama onesie, sipping his hot cocoa, and dreaming about being able to live at home with his parents until he’s 42. 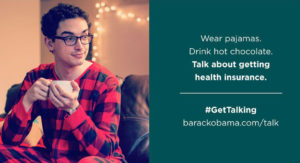 In 2015, a photo surfaced on the internet which photoshopped one on the future President’s head.

“Never been my thing, I must admit,” he said in an interview with GQ.

A protester with a man bun was escorted out. Trump: ‘Was that a man or a woman? I couldn’t tell. Needs a haircut.’
Cue the next cycle of media hysteria…

Speaking of his own trademark hairstyle, Trump said during that interview, “You know, it’s sort of funny. But I’ve been combing it this way for a long time, I figure I better not stop.”

He then demonstrated that his hair is real and it’s spectacular.

“I actually think only the haters—they know it’s real but they say it’s not,” Trump said. “There are haters that say ‘it’s not his’ because they’re haters—it’s what they do.”

They can mock all they want. If Trump manages to get the man bun back out of style where it belongs, he’ll truly have made America great again.