South Africa President to Seize Land from Whites Without Compensation

Barack Obama may want to rescind the recent praise he ushered upon South African President Cyril Ramaphosa. With a theme of “Renewing the Mandela Legacy and Promoting Active Citizenship in a Changing World,” Obama spoke at the annual Nelson Mandela lecture (held on the late activist’s birthday). During his speech, Obama said it was evident the “new hope” Ramaphosa is giving the country. Minutes later, Obama explained that Ramaphosa “is committed to rolling up his sleeves and doing something about it.”

It hasn’t even been a month, and Ramaphose is going forward with a racist policy to confiscate land without compensation from the white minority in South Africa. According to CNBC, “Ramaphosa said Tuesday that the ruling Marxist African National Congress (ANC) party is to put through parliament an amendment to the South African constitution that would permit the seizing of land without expropriation. The bulk of South Africa’s land is owned by its minority white population, a vestige of its colonial past.”

The ANC is playing to racial animosity in their own country – some of the evidence is the rising attacks against farm owners in South Africa (as farms are almost exclusively owned by the white minority).

Many accuse the rhetoric of the ANC (and other racist political parties in South Africa) of inciting such attacks. The ANC ironically defends their policies as “promoting social justice,” citing a popular statistic that over 70% of South Africa’s land is owned by whites, despite a lack of reliable statistics on land ownership in the country. 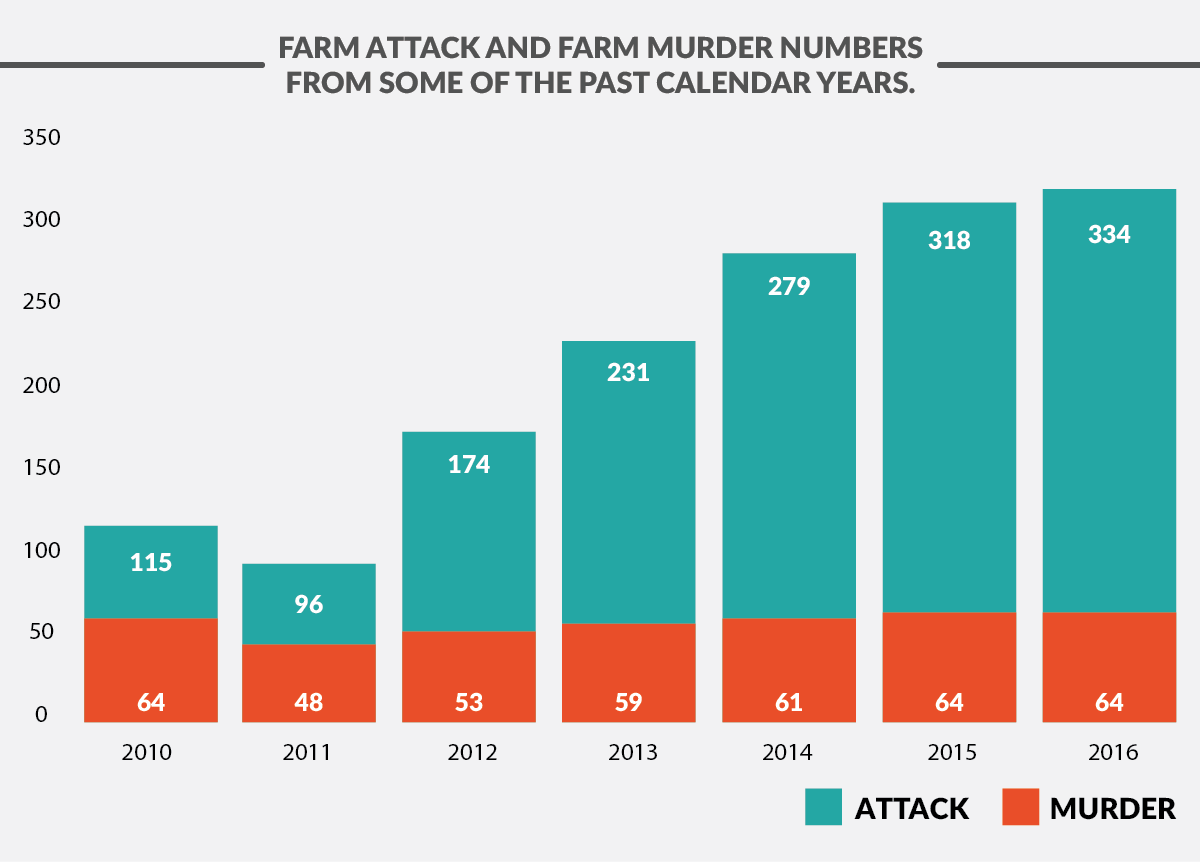 This kind of policy isn’t even anything new in Africa.

Zimbabwe adopted a similar policy to the one that South Africa is about to in 2014, with their President telling their white farmers to “go back to England,” but had to reverse it within only a few years. As you may have imagined, kicking out the only people with agricultural knowledge off their land tends to cause massive food shortages. Of those farmers who did return to the land that was stolen from them, they were greeted with cheers by Zimbabwe’s citizens.

What does the leadership in South Africa think will happen differently this time?

Tim Allen Defends Roseanne Barr Over Firing: ‘Who Makes Up These Rules?’