During times of trouble and strife for the conservative movement, it’s almost a certainty that President Ronald Reagan has offered words of wisdom at some point that still apply today.

It’s no different as liberals make a massive push for more gun control in America following the Las Vegas shooting.

Speaking at a fundraiser for the California Republican Party in 1983, Reagan dropped an epic line regarding gun control and what anti-Second Amendment Democrats need to focus on instead.

During his speech, Reagan addressed Republican governor at the time, George Deukmejian, and his stance on Proposition 15, a measure that would have required handgun owners to register them with the Department of Justice.

Deukmejian was against the proposition, as were a majority of Californians at the time, who ended up soundly defeating the measure 63 to 37 percent.

Why was the strict gun control measure defeated? Reagan puts it in words as only he can … 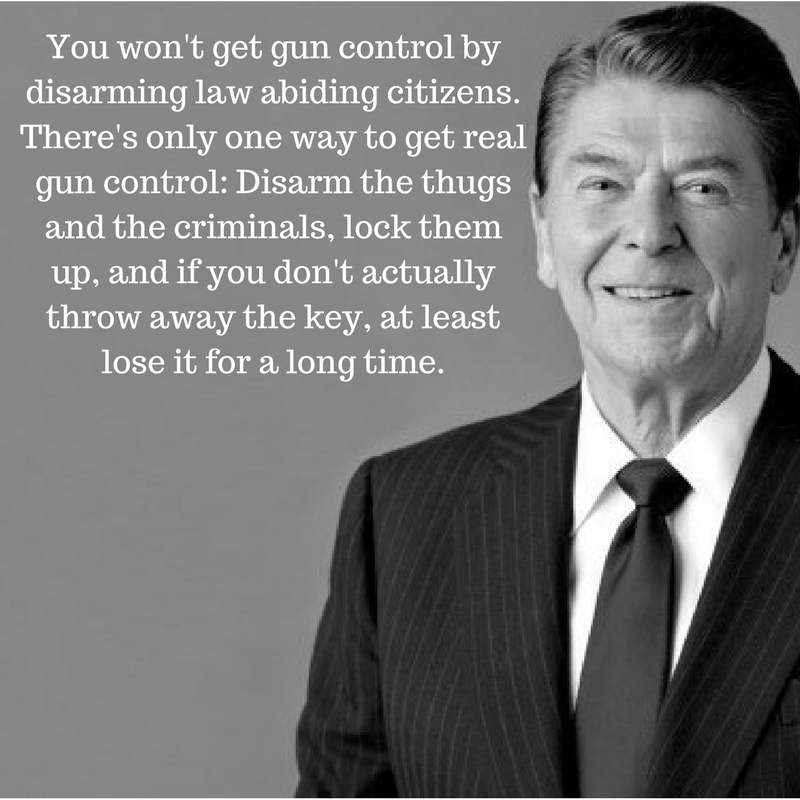 What makes Reagan’s comments even more striking is the fact that he defended the Second Amendment’s right to bear arms, despite having been the target of a would-be assassin two years earlier.

In a speech to the NRA in 1983, Reagan promised to “never disarm any American who seeks to protect his or her family from fear and harm.”

Here’s an image of Reagan aiming a rifle at a window aboard Air Force One as he headed to California that same year: 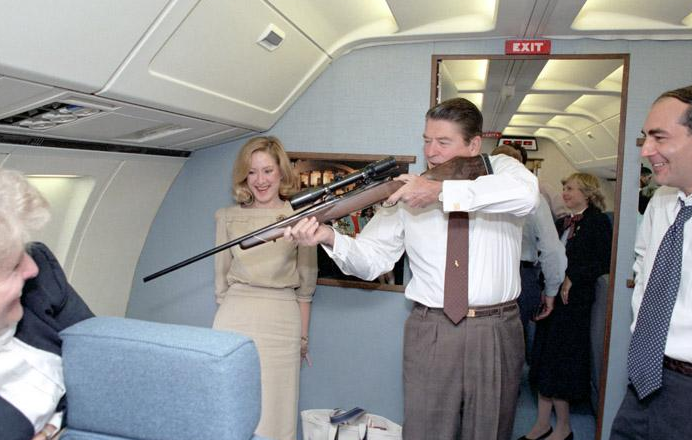 After his presidency, Reagan became a key figure in Congress’s passing of the Assault Weapons Ban of 1994, personally lobbying for the bill over objections of the NRA.

In April, Donald Trump became the first president to address the NRA since that speech by Reagan.

“The eight-year assault on your Second Amendment freedoms has come to a crashing end,” Trump told the crowd blasting Obama’s record on guns. “You have a true friend and champion in the White House.”

What do you think about Reagan’s comments on gun control? Share your thoughts below!

CNN Runs Contradictory Headlines Within a Week to Attack Trump