Pelosi complained about Birx to Treasury Secretary Steven Mnuchin and Chief of Staff Mark Meadows during negotiations about more aid for COVID-19, according to Politico.

“Deborah Birx is the worst. Wow, what horrible hands you’re in,” Pelosi said as she accused the doctor of spreading false information about the pandemic. 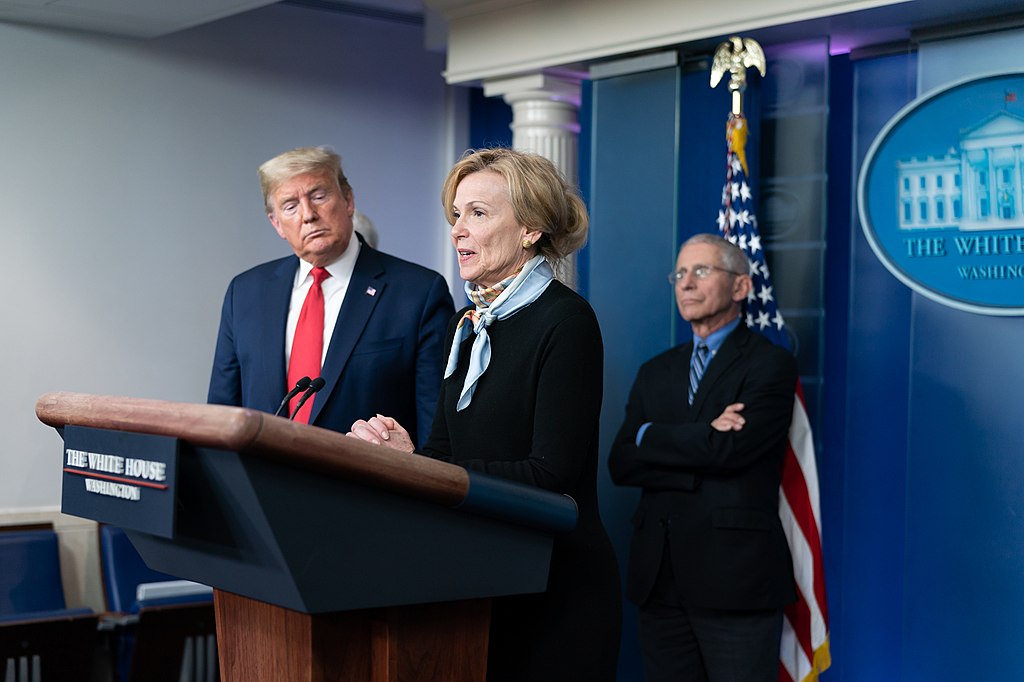 Pelosi then praised Dr. Anthony Fauci, the infectious disease expert on the coronavirus task force, claiming that he “Came to his senses, and is now a hero.”

This comes weeks after a negative New York Times report came out about Birx, portraying her as someone who just wanted to give President Donald Trump good news about the pandemic.

“A highly regarded infectious diseases expert, she was a constant source of upbeat news for the president and his aides, walking the halls with charts emphasizing that outbreaks were gradually easing,” the report stated.

White House Press Secretary Kayleigh McEnany fired back at the Times by defending Birx as an “extraordinary doctor,” calling the report an “appalling” story.

“I have not seen anyone poring over data the way Dr. Birx has and the attack on her was frankly appalling and egregious and The New York Times should be very ashamed of themselves,” McEnany said.

Birx was the Unites States’ global AIDS coordinator under Presidents Barack Obama and Donald Trump, and she was tapped to join the coronavirus task force back in February with Dr. Fauci, who was her mentor. Hours before Pelosi attacked her, Birx called for officials to put a mask mandate in place.

“We believe if the governors and mayors of every locality right now would mandate masks for their communities and every American would wear a mask and socially distance and not congregate in large settings where you can’t socially distance or wear a mask, that we can really get control of this virus and drive down cases, as Arizona has done,” she said, according to The Hill.

This piece was written by PoliZette Staff on August 1, 2020. It originally appeared in LifeZette and is used by permission.