How ironic is that those who champion the value of tolerance the most seem to be the least tolerant among us?

Recent comments from Maxine Waters are exhibit-A in this phenomenon. “Already, you have members of your Cabinet that are being booed out of restaurants,” she told a crowd last month, referencing Sarah Huckabee Sanders being refused service at a restaurant. After telling the audience that God was on their side, she concluded: “Mr. President, we will see you every day, every hour of the day, everywhere that we are to let you know you cannot get away with this!” 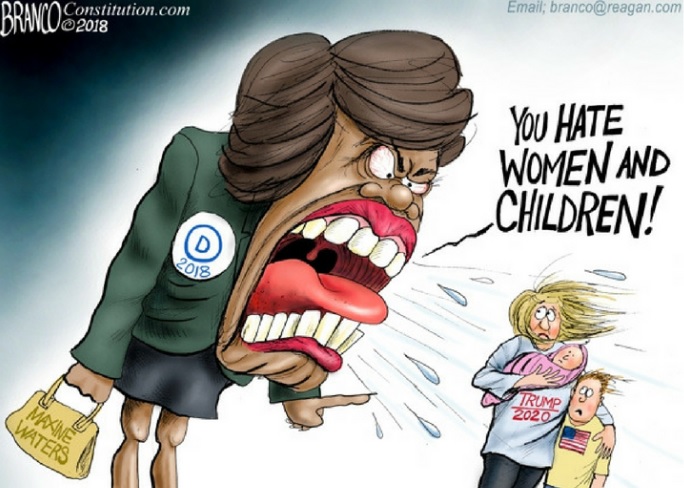 It seems like Maxine Waters is among the craziest members of the so-called “resistance” in the Trump-era, and while she certainly is afflicted with Trump Derangement Syndrome, this behavior of hers is nothing new.

So on that note, here are five of Waters’ craziest comments over the years:

1. On the debt-ceiling debate of 2011: “I believe the Democratic Party and the President of the United States should not have backed down. We should have made them walk the plank.”

3. On the horrors of flag waving at Tea Party rallies: “I was amazed. I really was. I didn’t say anything to anybody. I just watched. The Republicans were out there. They were having a great time. They were laughing, they were waving the American flag, they were egging them on, and I thought that was outrageous behavior. I really did.”

4. On the L.A. race riots:  “If you call it a riot, it sounds like it was just a bunch of crazy people who went out and did bad things for no reason. I maintain it was somewhat understandable, if not acceptable. So I call it a rebellion.”

5. A personal favorite: “I have to march because my mother could not have an abortion.”

And some honorable mentions…

And with that, I’ll leave you with a headline I never expected to see come from CBS:

To answer their question: yes.