No, We Don’t Spend Too Much on the Military

A budget battle is bound to break out over the House Republicans’ 2018 tax plan, which is expected to add nearly $2 trillion in net tax cuts over the next decade. Since those are net cuts, it’s a net $2 trillion in “lost” revenue for the federal government, not including any increases in revenue from increased economic activity.

So if Republicans want the tax plan to be deficit neutral, they’ll need to find $200 billion in annual cuts, which shouldn’t all too hard given how massive the 2018 budget is expected to be ($4.049 trillion in spending). That’s less than a 5% spending cut across the board needed.

Many liberals will point to the military as a behemoth where cuts are long overdue, and while it is true that the U.S. does spend more on the military than the next eight nations combined, in the context of the entire federal budget it’s historically been shrinking as a percentage of the overall budget (but not in the actual size of the budget in dollars, obviously). Defense spending as a percentage of the overall budget has declined from accounting for over half of the federal government’s expenditures in the 1950s, to under 20 percent today. That’s not because of our military declined in size, but rather because social spending since began to explode following the creation of the modern welfare state with President Lyndon Johnson’s “Great Society” of the 1960s. 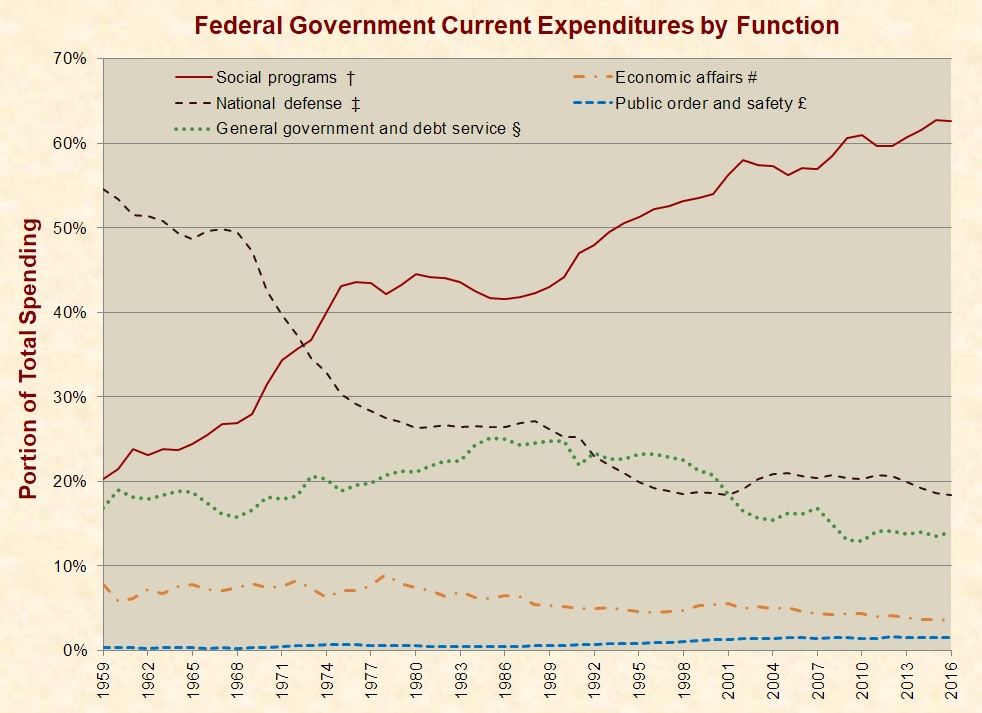 Throughout the 1950s, the federal government spent the modern equivalent (adjusted for 2012 dollars) of about $4,000 per person. By the mid-1960s, that began to surge upwards with the creation of Medicare, Medicaid, and Social Security. By the beginning of the 80s, spending per person had doubled, and today is over triple what it was. 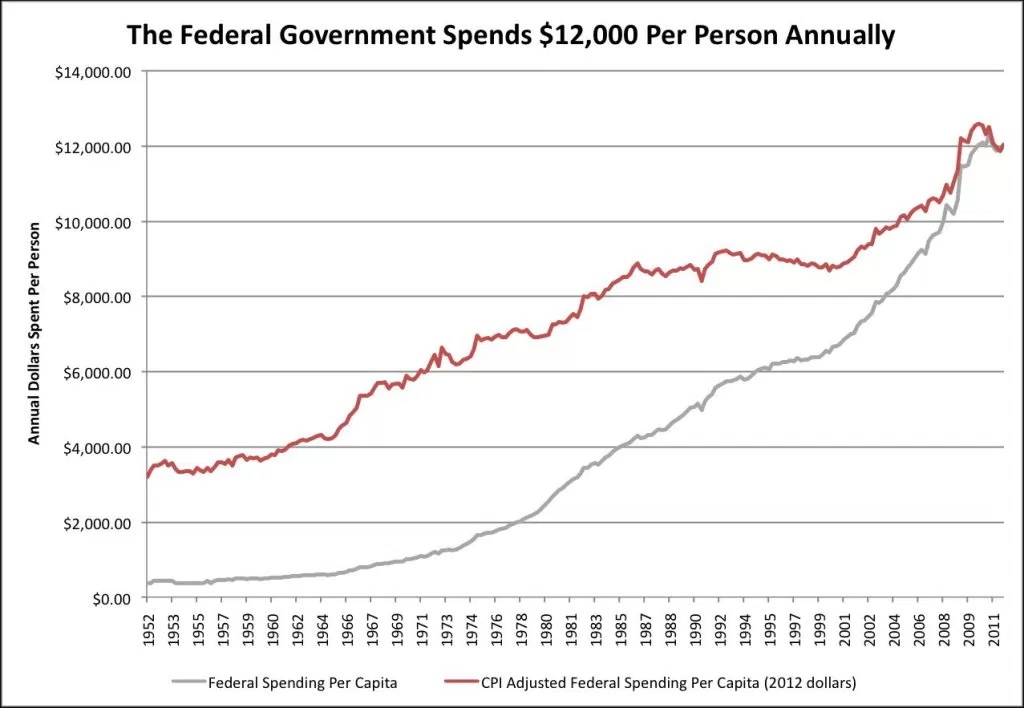 As for some more specific ways to trim the federal government’s budget, gutting Obamacare and implementing basic Social Security reforms such as raising the retirement age and making some cuts could save nearly $70 billion a year, or $676 over the next decade, according to the Cato Institute’s project “Downsizing the Federal Government.” 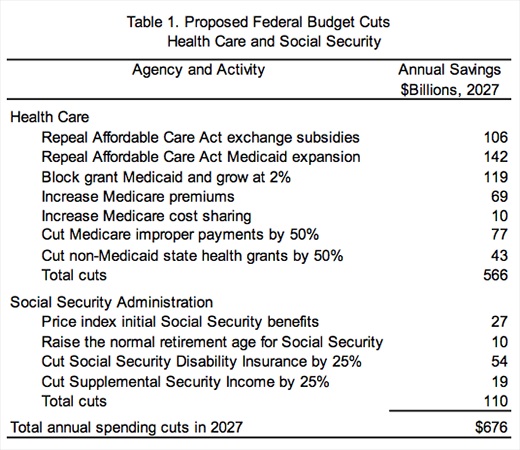 And there are some ways to make cuts to the military without affecting national security, such as ending the annual $65 billion in spending on “overseas contingency operations” – which really just acts as an off-budget slush for for the Pentagon. That, among other cuts, could make a massive dent in the size and scope of the federal government:

Given that we haven’t had an actual budget surplus since the Eisenhower Administration, I’d say such cuts (and many more) are long overdue.

Share this story if you’re tired of liberals gutting the military!