Last Stop On The Cain Train

I was driving home after playing hockey yesterday when I got the call. My partner called to ask me if I had heard the news. Herman Cain had passed away.

I first met Herman Cain in February of 2011 at CPAC in Washington, DC. It was easy to be impressed by him. His smile could light up a room. His energy was infectious. While I thought Mr. Cain was a fantastic human being and a tremendous asset to the conservative movement, I wasn’t immediately sold on the idea of a Cain presidential run. 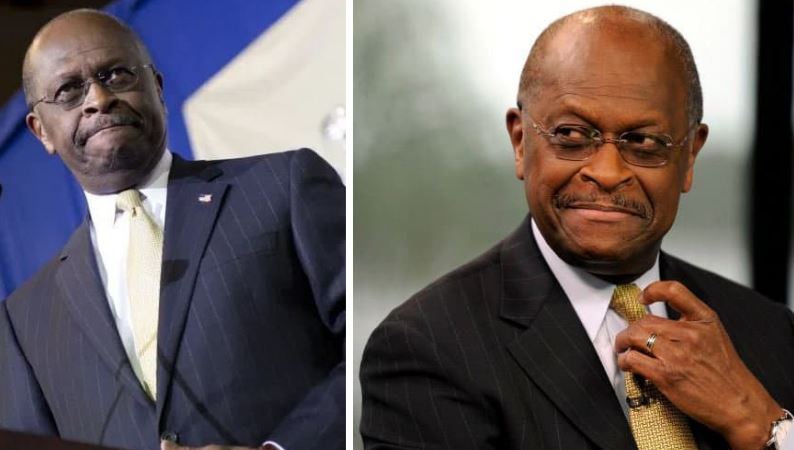 In 2011, I was Chairman of the Board and co-founder of the now defunct group GOProud. A conservative alternative to the Log Cabin Republicans. In July of that year, my partner and I were heading out to Las Vegas for a few days.

I got a message before we left from Cain’s campaign, asking me if I would be interested in meeting with Mr. Cain when I was in Vegas.

RELATED: Herman Cain – A Great American Success Story – Has Died At 74 Due To Coronavirus Complications

We met Mr. Cain, and a couple of his campaign staffers, for a drink at the Wynn. Cain had set off a mini controversy in the months before our meeting over whether or not he would appoint a Muslim to his cabinet.

Interestingly enough, when Cain was asked whether or not he would appoint an openly gay person to his cabinet, he didn’t hesitate to say yes he would. Cain wasted no time bringing these dual “controversies” to my attention.

He said when people ask him out on the campaign trail why he might be uncomfortable with a Muslim in his cabinet but perfectly fine with a gay person, Cain smiled and said, “I tell them the last time I checked, gay people weren’t flying airplanes into buildings.”

That was quintessential Herman Cain – not some politician giving you poll driven answers, but a man willing to tell you how he felt. Even if it got him in political hot water sometimes.

BACK STORY: Will Trump Pick Herman Cain to Sit on the Federal Reserve?

After meeting with Cain, I went from skeptic to enthusiastic supporter. It was all aboard the Cain train and what a ride it would be.

Years before Donald Trump won over Republican voters – and indeed the country – with his tell-it-like-it-is approach, there was Herman Cain.

When I met with Cain, he was an asterisk in most opinion polls. By October and November of that year, however, Cain was at the top of the GOP pack. His 9-9-9 tax plan, his outsider status, his incredible resume, and his style made him the perfect foil to the establishment’s favorite – Mitt Romney.

While Cain came up short in his quest for the Republican nomination. His candidacy, and his plain-spoken every man style, helped pave the way for Donald Trump in 2016.

Cain not only left a mark on the conservative movement, it is clear he left a spur in the back end of the main stream media and the American left.

Main Stream Media Jump All Over Him

Headline after headline from main stream media outlets after Cain’s death from COVID-19 insisted on mentioning that Cain opposed mask mandates. Does anyone reading this think there is any chance those same outlets will note how morbidly obese Jerry Nadler was in headlines after he dies? Of course not.

The media posted photo after photo of a mask-less Cain at Trump’s Oklahoma rally, ghoulishly trying to tie Trump to Cain’s death.

Their hate for Herman Cain was nothing new and Cain knew exactly why the left hated him.

In some strange way, I think maybe Mr. Cain is looking down and chuckling. Even in death, Herman Cain is pissing off all the right people.