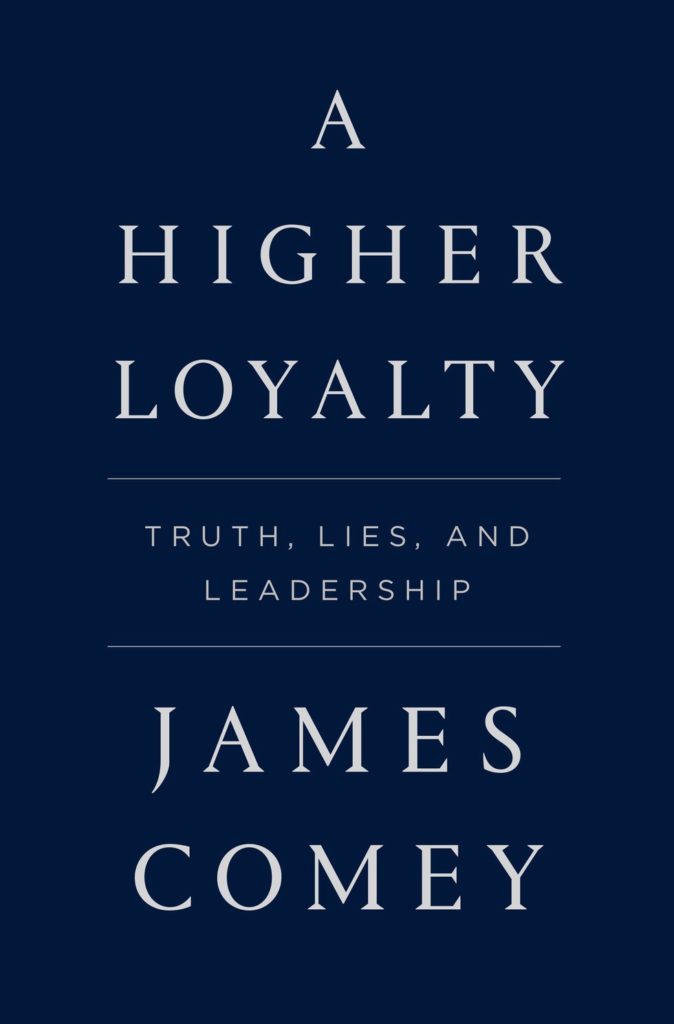 Former FBI Director James Comey thinks he has an audience that will buy his upcoming book. But, I think many Americans are skeptical of this hack.

The left thinks he sank Hillary Clinton’s chances and the right knows he used the “golden showers” dossier to spy on President Trump. So who is going to purchase this book?

Comey has some major psychological problems. One of them is the ‘White Knight Syndrome.’ He sees himself as the man battling evildoers (by his definition) in government. More often than not, he creates scenarios that allow him to play out his fantasy at the massive expense of those he’s targeting. He’s a consummate game player, conniver, and charlatan. It’s all about Comey.

Thanks to his leadership of the FBI, the agency’s reputation is in tatters.

Here’s more about the book from Daily Mail: “Fired FBI director James Comey began promoting his forthcoming book on Thursday with an aw-shucks one-liner that recalled the most memorable moment of his blockbuster summertime congressional hearing. ‘Lordy I hope there are pictures,’ Comey tweeted.”

This little quip was a reference to Comey’s comment, “Lordy I hope there are tapes,” made during his remarks to the Senate Intelligence Committee.

Lordy I hope there are pictures. https://t.co/7mkLLskVu8

But also consider Comey’s carefully chosen title for his tell-all. “A Higher Loyalty” is a reference to President Trump allegedly demanding loyalty from Comey when they first met. Comey thinks he’s sharp, but he’s really as dull and as subtle as a block a concrete.

I’ve got a question for our new author: Will you leak your tract to the NY Times? Can we somehow make the book a sworn statement so if he lies in it, he can go to jail for perjury?

I was undecided about this guy up until the point that he admitted leaking classified information to the press. Government officials need to be held to the highest standards, not be rewarded for dereliction of their duties. So screw him. As far as I’m concerned, he should be writing his fiction from a cell.