Jack Nicklaus Defends Tiger: ‘You Respect the Office’ of the President

Tiger Woods recently took some heat for making the reasonable comment that “you have to respect the office” of the President of the United States.

Naturally, such a level-headed apolitical response drew the ire of liberals everywhere, most notably at ESPN where hosts took turns blasting Woods as unintelligent and ‘not really black.’ 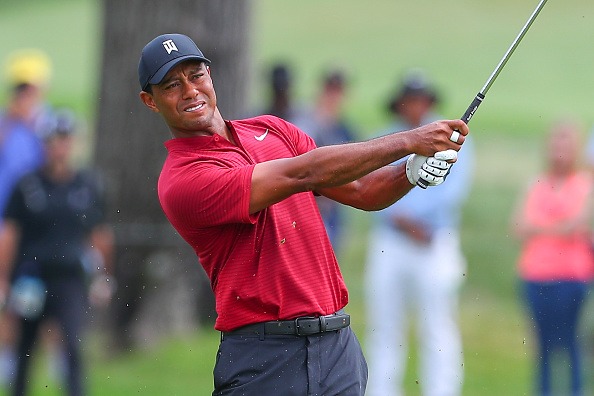 With the leftist mafia in full riot mode, it was going to take a strong celebrity to get Tiger’s back. Somebody so far and above an icon in this country that they could withstand the inevitable backlash.

How about support from a man nicknamed the Golden Bear?

Woods got just that, receiving a full endorsement from none other than arguably the only golfer to have accomplished more throughout his career – Jack Nicklaus.

Appearing on Fox and Friends Wednesday morning, Nicklaus defended Woods by saying he handled the ridiculous questions perfectly well and that he agrees with the sentiment.

“No matter who’s president – whether it was Barack Obama or Donald Trump – I think you respect the office, and I’m much in Tiger’s camp on that,” he said.

Jack Nicklaus: “No matter who’s president, whether it was Barack Obama or Donald Trump, I think you respect the office.” pic.twitter.com/qKVlBMzzfr

Nicklaus easily could have tap-danced around the question. He could have said ‘I’m only here to discuss the Folds of Honor’s Patriot Golf Day,’ which he was.

The event serves as the country’s largest golf fundraiser, raising funds for the spouses and children of fallen service members.

Nicklaus didn’t shy away, though, and hopefully, his support will make jackasses like the ones working at ESPN back off their inane criticisms.

The pro golf Hall of Famer is one of few celebrities that voiced his support for Donald Trump early on in the campaign, saying he was “awakening the country.”

“He’s not stupid. He didn’t get where he was being dumb,” Nicklaus said regarding his political acumen. “I like the guy. He’s a good man. And certainly — if he’s the one that’s on the ticket, I’ll be voting for him.”

Celebrities that supported President Trump were few and far between. At least the ones willing to admit to their support.

That list includes athletes like Mike Tyson, who said Trump would run America “like a business, where no colors matter … Whoever can do the job, gets the job.”

WWE executives Vince and Linda McMahon have had an extensive relationship which dates back decades. Linda was appointed to head the Small Business Administration, while the President himself is in the celebrity wing of the WWE Hall of Fame.

And newly minted Hall of Fame wide receiver in 2015 said Trump is “a guy who won’t put up with B.S. and has what it takes to change how government is run.”

They might be outnumbered by social justice warriors like Lebron James, so this group of athletes and celebrities would do well to have each other’s back when the leftist mobs come for them.

Glad to see Nicklaus speak up in support of Tiger.

Earth To Joe Biden: Canceling Keystone XL Pipeline Is A Gift To China And Russia