After failing to become president of the United States, Hillary Clinton did what a lot of dejected politicians do: She started a super PAC. And after four months of soliciting donations, it appears that Clinton has been quietly using the money to fund resistance groups, including the militant and violent antifa.

Clinton’s PAC, Onward Together, openly partners with five left-wing political groups: Indivisible, Swing Left, Color of Change, Emerge America, and Run for Something, all of which have ties to antifa. Despite all these partners, however, the PAC website is bare-bones. There are just two tabs: One explaining the group’s “mission,” and another asking for donations – with no indication as to where the money would go. So, in order to get to the bottom of the mystery, The Daily Caller decided to give all five antifa-linked groups a call.

The result? Only one group – Indivisible, a George Soros-backed “resistant” outfit – denied receiving financial support from Onward Together. “Onward Together has not given any financial support to us,” Helen Kalla, an Indivisible spokesperson, responded via email. She further explained that the Clinton PAC has mainly helped them by “amplifying and highlighting our work through their digital networks” via things like retweets and emails. However, just last week, Onward Together sent out an email explaining why supporters “might not have heard much about the work we’re doing.” 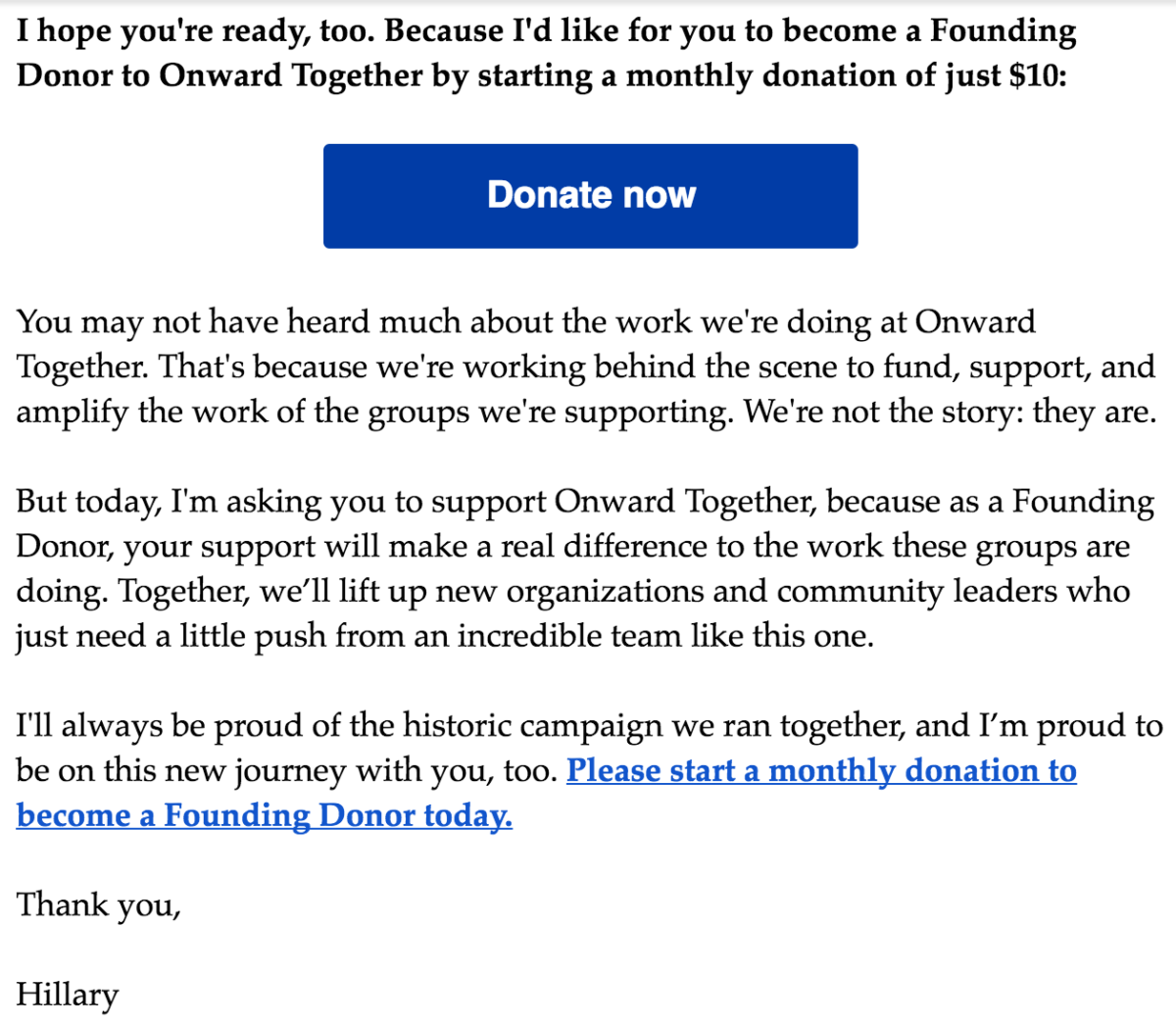 Asking for money while continuing to dodge the issue of where the money is going? That’s vintage Clinton if I do say so myself.

As for Onward Together, they did not respond to The Daily Caller’s request for comment.

According to FEC filings, Clinton transferred $800,000 from her failed presidential campaign to Onward Together shortly before announcing the creation of the PAC in May. Where did all that money go? There’s no evidence to indicate that it didn’t go straight to antifa-linked groups. And lest we forget, the Department of Homeland Security already internally treats Antifa as a domestic terrorist organization.

Hillary Clinton does not want to move “Onward Together.” Like a toddler throwing a temper tantrum, she can’t deal with the fact that she didn’t get her way – and she’d rather tear down America than cooperate.

Share this to spread the word about Hillary Clinton’s possible dark funding of antifa!