Best-selling author Bernie Goldberg argues in a column for The Hill that the media purposely buried coverage of the Hunter Biden scandal as a collective means “to put a lid on any news that might hurt then-presidential candidate Joe Biden.”

Brian Flood of Fox News claims that the liberal media ignored the Biden family scandal “until after his father won the presidential election,” something he said experts were describing as a “strategic move.”

And media analyst Tim Graham of the Media Research Center (MRC) accused “media elites” of instituting a campaign to “shut down journalism they don’t like.”

All three are correct.

The MRC, as an added bonus, produced a video montage showing just how desperate the mainstream media was in trying to cover up the Hunter Biden scandal.

One of the best ever @newsbusters clips out there! pic.twitter.com/s8muZMfOYq

RELATED: The Media Did Everything They Could To Hide The Hunter Biden Scandal From Voters

A Visual History of Media Coverage of the Hunter Biden Scandal

Perhaps a visual representation of that bias will better illustrate what each of these columnists is saying – the reality behind the media’s successful effort in working on behalf of the Biden campaign by covering up the Hunter Biden scandal.

Here, for example, is the NPR managing editor after reports of Hunter Biden’s business dealings first surfaced in the New York Post.

“We don’t want to waste our time on stories that are not really stories,” they wrote.

Why haven’t you seen any stories from NPR about the NY Post’s Hunter Biden story? Read more in this week’s newsletter➡️ https://t.co/CJesPgmGvo pic.twitter.com/jAi7PnpbZf

And here is NPR only after the election and only after Hunter Biden said it is essentially okay to talk about it.

Just In: In a statement released by the Biden-Harris transition team, the president-elect’s son Hunter Biden says he’s been informed that he is under federal investigation over a tax matter.

Bear in mind that the federal investigation into Hunter’s “tax affairs” began in 2018, a year before Biden announced his campaign for the presidency.

There were Senate committees and subsequent reports that indicated inquiries into Hunter Biden.

There was a documentary out prior to the election which claimed the President-elect’s son’s numerous business deals in China “served” the communist country and their military.

And yet the media shut the story completely down.

Here’s a little more before and after on the media coverage of the Hunter Biden scandal.

Of all the media deceit and propagndizing disseminated in the lead-up to the election to justify their refusal to report on the Hunter Biden documents — despite knowing they were genuine and not from Russia — this on CNN from @camanpour may be the most amazing: pic.twitter.com/mkI4Jtd4SN

CNN after catching up on the facts that had already been reported by the New York Post:

And here is CNN trying to explain why they suppressed the news:

Per CNN’s @ReliableSources, the most important angle w/ the Hunter Biden scandal is … not the media’s pre-Election Day blockade, or Silicon Valley’s suppression of journalism — but … Fox News covering it aggressively pic.twitter.com/eCLmVGQ8Rf

The media before – ‘It’s Russian disinformation!’:

The media after – Russia must have been right: 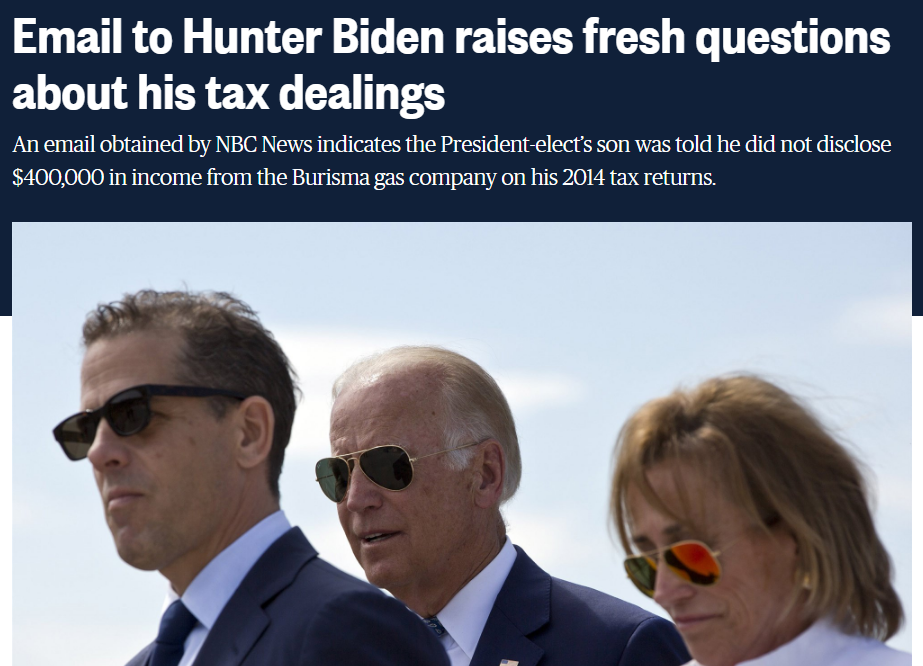 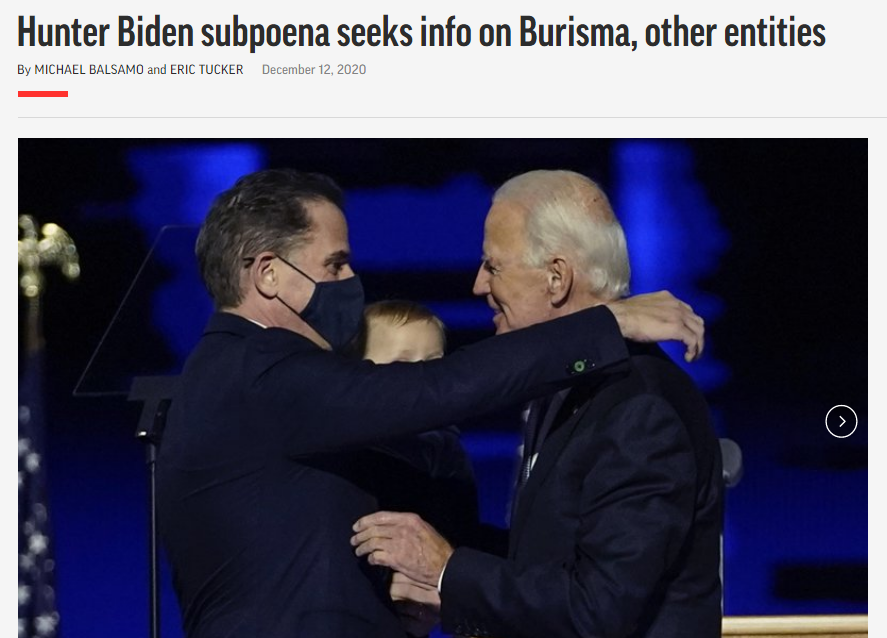 What exactly changed from the time the New York Post was publishing emails, and Tony Bobulinski, a former business associate of Hunter’s, was blowing the whistle on the Biden family business links to the communist Chinese government?

The only difference now is that Biden has been declared the winner of the election.

Democrats intimidated everyone in the media and Big Tech into assuming the entire topic was off-limits.

“Don’t expect introspection from the journalists who told us ‘there’s no there there,'” Goldberg writes, “and no apologies from those who said it was all a ‘Russian hoax.'”

“Journalists aren’t big on admitting their mistakes,” he added.

Watch: Biden Repeatedly Heckled During State of the Union Speech, Argues With Republicans in Wild Display