We’ve all known for quite some time that Chris Matthews is mildly certifiable. After all, the MSNBC host has notably gone off the deep end when he declared the words ‘Islamic‘ and ‘Chicago‘ to be racist, especially if they’re used to criticize President Obama.

Perhaps he is best known for this line however, from Obama’s 2008 presidential run:

Matthews: I have to tell you, you know, it’s part of reporting this case, this election, the feeling most people get when they hear Barack Obama’s speech. My – I felt this thrill going up my leg. I mean, I don’t have that too often.

So a naturally inquisitive reporter named Dan Joseph of the Media Research Center wanted to find out the status of Matthews’ leg in the hilarious clip seen below.

“We just wanted to know really quickly, how is your leg?” he asked in one of the funniest gotcha journalism moments you’ll ever see.

“The leg,” Joseph responds, “Is the thrill still there in the leg or is it not.”

Matthews tells the reporter to “Go to hell, okay? Leave me alone.” 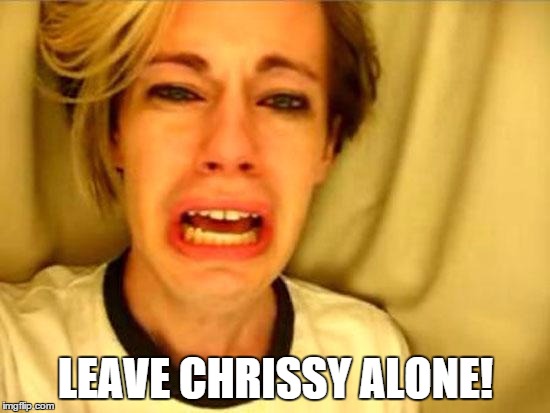 Joseph continues pressing, asking if Matthews has a limp and then wondering “Did the thrill go away with surgery or did it just go away on it’s own?”

He concludes by telling Matthews “we’re rooting for you, man.”

Watch the incredibly funny clip below …

Comment: Come on, tell us, how funny is it that a reporter asked Chris Matthews about the thrill in his leg over his muse, Barack Obama? Share your thoughts below.