President Obama made news earlier this week when he shared an incredibly awkward moment with Cuban leader, Raul Castro.

It appeared as if Castro was attempting to hold the two leaders hands up high in victory, leading to a limp-wrist that will live in infamy.

In fact, the phrase ‘Obama’s limp wrist’ was trending on Twitter for a while.

Our colleague SooperMexican covered the moment saying “Instead of leaving history with a picture of his commie arm in a victorious salute with Raul’s commie arm, Obama gives posterity the ‘limp wrist’ treatment.”

With that in mind we thought it’d be fun to review the top 10 times our current Commander-in-Chief appeared less than manly.

That Time He Threw Out The First Pitch In Mom Jeans 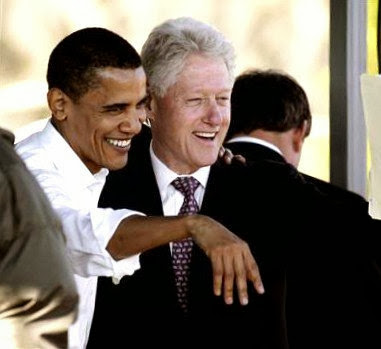 Martial Arts Demonstration Gets A Little Too Rough For Bam

We Have No Explanation For This

In Case You Thought The First Pitch Was a Fluke Now compare those pictures to some other American presidents. You get the idea.

Comment: Can you think of any other moments when President Obama embarrassed himself and the nation? Share those thoughts below.