Earlier last month, Donald Trump Jr’s wife was hospitalized after opening an envelope containing a white powder that was sent to the family’s New York City apartment. The letter was likely just an attempt at an anthrax scare.

The powder turned out to just be just that – powder. But it’s clear there was an intent to fool the Trumps into thinking it was something far more sinister.

According to the Boston Globe,

A 24-year-old Beverly man is due in court Thursday to face charges that he sent threatening letters containing white powder to President Trump’s oldest son and other public figures.

He’ll make an initial appearance in US District Court in Worcester.

Frisiello allegedly sent a letter to Donald Trump Jr. postmarked from Boston on Feb. 7 that contained “an unknown suspicious white powder” as well as a hostile message, according to an affidavit filed in the case.

The powder he sent Trump Jr. came along with a message that read, “You are an awful, awful person. I am surprised that your father lets you speak on TV. You make the family idiot, Eric, look smart. This is the reason why people hate you, so you are getting what you deserve. So shut the [expletive] UP!”

The Trumps weren’t the only people that Frisiello attempted to spook. His other targets included Nicola T. Hanna, (U.S. attorney for the central district of California), Senator Deborah Stabenow of Michigan, and Antonio Sabato Jr. (a Republican congressional candidate in California).

A photograph of Frisiello can be viewed below: 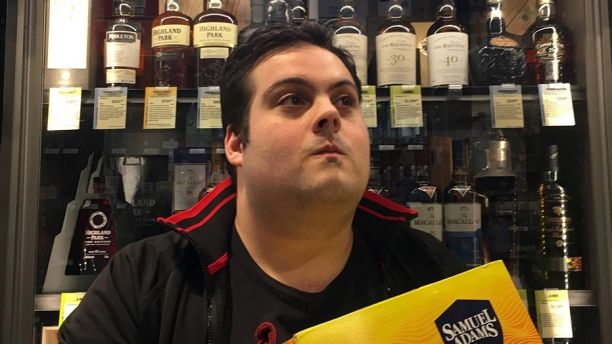 He faces charges of “mailing threat to injure the person of another” and “false information and hoaxes.”

One man who pleaded guilty to an anthrax hoax last year faced three years in prison for the crime, and it’s doubtful the consequences will be less severe when members of the First Family are the target.

Is this guy crazy or what? Should he be locked up for good? Tell us your thoughts below!