Apparently you think of none of those if you’re a liberal. Rather, you think poverty is “sexism.” At Sunday night’s Golden Globe Awards, actress Connie Britton came sporting black alongside the rest of the celebrities, but her shirt bore a special message: poverty is sexist.

The cost of the shirt? Only $380 – enough to send most of her fans into poverty if they were to purchase it.

Apparently the slogan she was sporting was popularized by Bono’s ONE Campaign. “’#PovertyIsSexist’ seeks to shine a light on the issue of poverty and its inequality on an international scale. Nowhere on earth do women have as many opportunities as men. Nowhere. But for girls and women in the poorest countries, that inequality is amplified,” the organization’s website reads. “We won’t end extreme poverty until we break down the barriers holding girls and women back.”

The internet was quick to express complete confusion and bewilderment as to what the hell the point was that Ms. Britton was trying to make.

The stupidity of wearing a $300+ "Poverty is Sexist" shirt notwithstanding, can someone explain how poverty is sexist?

Imagine being so delusional that you think poverty is sexist, and wearing this outfit to the #GoldenGlobes.

It's laughable that people in Hollywood honestly believe they're smarter than everybody else in America. pic.twitter.com/kgyYWSviCN

Well, I’ll go ahead and explain why it’s impossible for poverty to be sexist in a single word: intent. How is intent not the dividing line between whether or not something is “racist” or “sexist” and not? Perhaps this is an awkward example, but if not, it should be equally “racist” when a black person and a white person use the “n-word,” which it clearly isn’t, given the context and intent behind why the word is used.

Regardless, I suppose we’re just supposed to go ahead and ignore the whole host of ways the the economy is, um, “sexist” against men? Take for instance a picture from an edition of USA Today, which takes an extremely creative approach to reporting that 75 percent of the homeless are men. 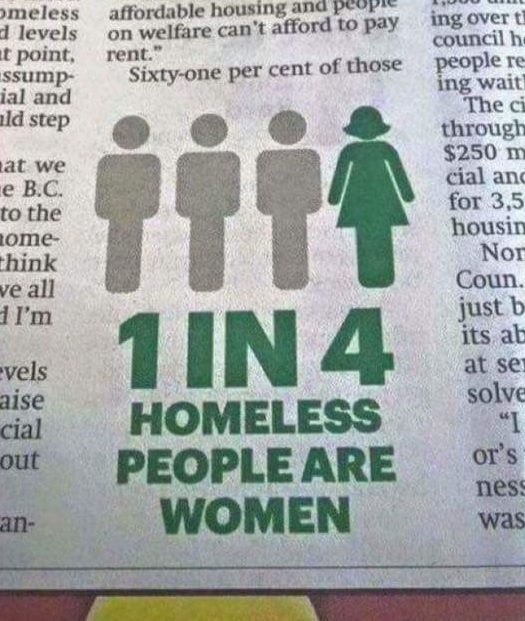 Another favorite headline of mine comes from the Los Angeles Times: “Attacked, abused and often forgotten: Women now make up 1 in 3 homeless people in L.A. County.” I suppose we’re left to wonder who the other 2 out of 3 people are?

Share this story to show others that Hollywood is full of hypocrites!