For all the news stories about the kooky social justice activism on college campuses today, it didn’t start there. Sure, liberals dominate the halls of academia and certainly play a role in solidifying the beliefs of their progressive students, but the victim mentality that the social justice left didn’t start with college. It started in high school. (RELATED: America’s Public Education Failure Explained Perfectly With a 2 Dollar Bill).

The New York University psychology Jonathan Haidt noticed as much when speaking at high schools for the first time (after many speaking engagements at other universities over the decades). Haidt is a former liberal that’s become more of a centrist or “classical liberal” after seeing how crazy the modern left has become. He said following a talk he gave,  he had “a conversation with some boys who attend one of the nation’s top prep schools, in New England. They reported that as white males, they are constantly on eggshells, afraid to speak up on any remotely controversial topic lest they be sent to the “equality police” (that was their term for the multicultural center). I probed to see if their fear extended beyond the classroom. I asked them what they would do if there was a new student at their school, from, say Yemen. Would they feel free to ask the student questions about his or her country? No, they said, it’s too risky, a question could be perceived as offensive.”

Do we really have an education system that teaches teenage boys they are somehow exerting different “power dynamics” on their peers by having different opinions? Pure insanity. 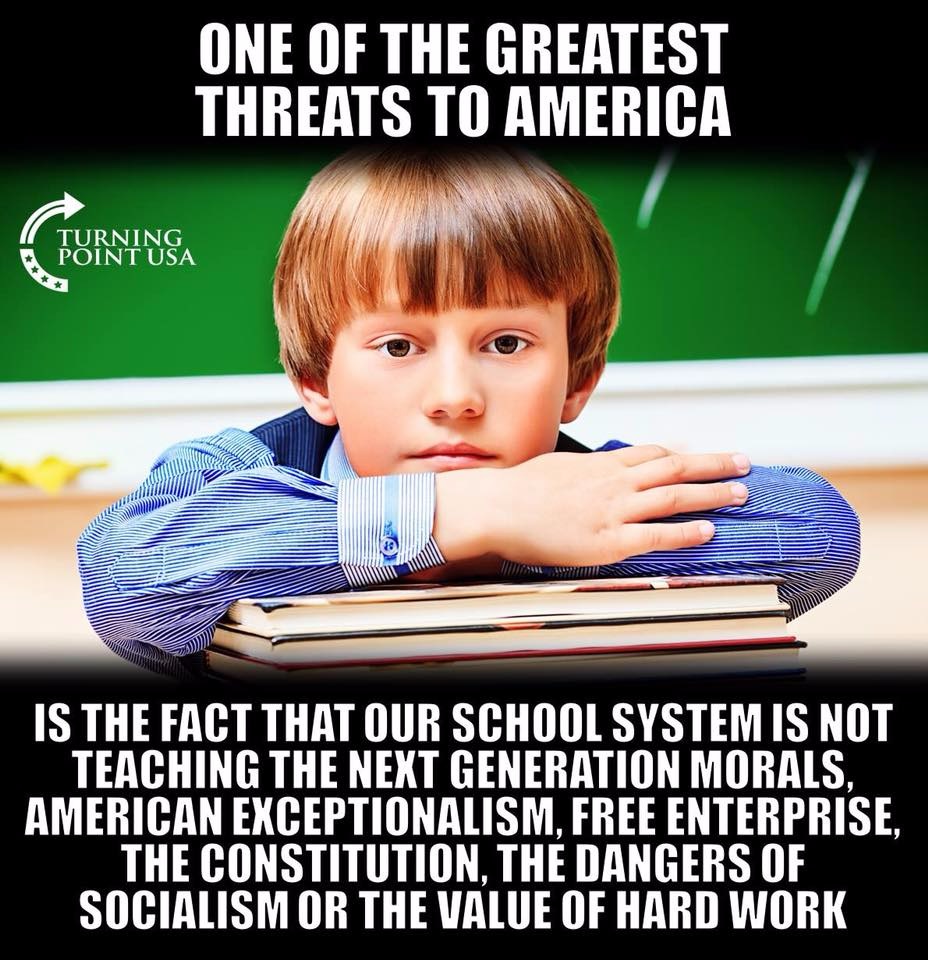 It’s often only America’s sins taught in schools, without any context. Take slavery as an example: America’s cardinal sin. Of the 10-15 million slaves that came to the New World, only six percent (or 400,000) came to the Northern Hemisphere. Most went to Brazil. When’s the last time a Brazilian was told to check their privilege? Do Brazilians need to feel collective guilt over something they never took part in?

Or what about economic hardships that Americans face? Or our unequal distribution of income? Isn’t that an indictment of the richest nation on the planet, and capitalism?  There sure is a lot of poverty in America – but poverty in America is nothing like poverty in nearly every other country.

If our high schools taught American exceptionalism, free enterprise, the constitution, and the importance of a work ethic in one’s own success, it’s doubtful we’d see one half of the campus craziness we do today. We’re currently teaching students how to be victims – so no wonder they’re becoming leftists.