A new Zogby poll indicates that Democrat voters are yearning for a more youthful, exuberant candidate with fresh ideas.

They’re pining for a 76-year-old curmudgeon whose lone platform is to drag the United States into the failed historical experiment known as socialism.

According to Zogby Analytics, 28 percent of likely voters want to see this man win the Democrat Party’s presidential primary contest: 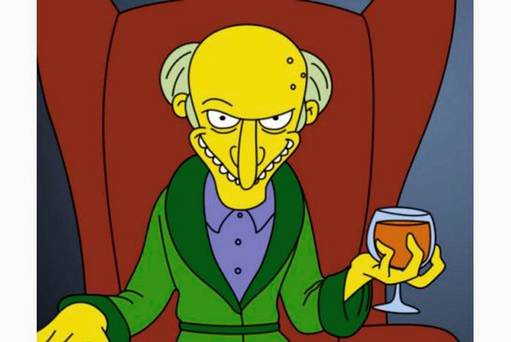 No, 28 percent are looking to see Bernie Sanders running for president again in 2020, when he will come in at a sprightly 78-years-old.

That represents a good 11-point advantage over former Vice President Joe Biden, and a 16-point edge over the ‘persister,’ Elizabeth Warren.

Also drawing interest according to the poll are Mark Zuckerberg, who is currently trying to shut down conservative news sites, Senator Kamala Harris, Governor Andrew Cuomo, and the one candidate that may exemplify the Democrat Party more than any other – “Not Sure,” who is currently coming it at 23%. 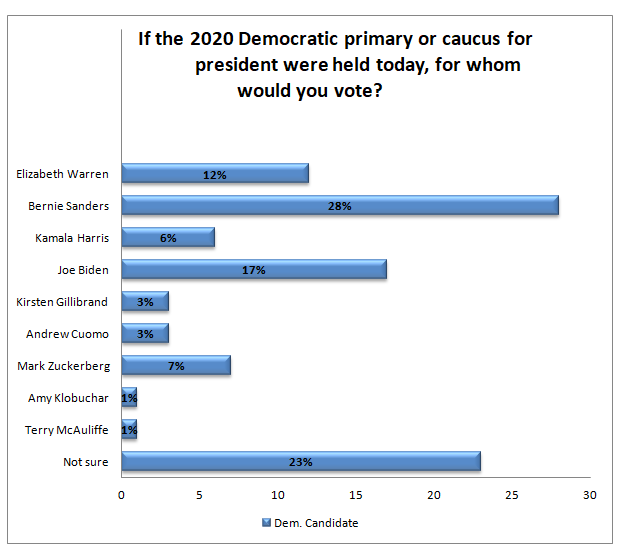 An “online survey of 834 likely US voters, including a subset of 356 likely Democratic presidential primary voters, reveals Democratic primary voters are still excited about the prospect of Vermont Senator Bernie Sanders winning the nomination,” Zogby writes.

Sanders has certainly been making his presence felt of late, with party leaders jumping all over his single-payer ‘Medicare-For-All’ train.

The man is one step away from using ‘free stuff for everybody’ as his campaign slogan – and his far-left socialist base would eat it up.

Clinton recently admitted in her book that Sanders’ campaign had inflicted “lasting damage” to her 2016 presidential aspirations, based on a platform that she described as “a pipe dream.”

“President Obama urged me to grit my teeth and lay off Bernie as much as I could. I felt like I was in a straitjacket.” – HRC pic.twitter.com/AAaKCq9DAR

Nothing has changed, with Sanders currently promoting more pipe dreams in the form of ‘Medicare-For-All’ and free college tuition.

Perhaps the thought of him becoming president in 2020 is also nothing more than a pipe dream. Democrat pollster Doug Schoen has indicated that he believes Michelle Obama would be the best candidate for their party moving forward.

The DNC would almost assuredly fix the race in favor of Obama should that be the case, just as they did for Hillary.

Judging by the list of potential nominees being bantered about, the Democrats have few new ideas to combat Trump in 2020.

Do you think Bernie will win the Democrat nomination in 2020? Share your thoughts below!