Here Are Seven Reasons Democrats Are Doomed in the Midterms

It’s conventional wisdom that in midterms, its the opposing Party that has the advantage. That was evident during the Red tsunamis we saw in the midterms during the presidency of Barack Obama. And in recent history, Republican presidents have tended to work with Democrat controlled congresses, and vice-versa.

So will the first midterm elections under Trump be the same? It’ll be a test of just how large the anti-Trump “resistance” really is, and if the evidence thus far is any indication, not very large at all.

Here are seven reasons why Democrats will fail in November:

1. The Polls: A “generic” Republican and generic Democrat are polling within the margin of error, according to Real Clear Politics. Despite Democrats still polling higher overall, they’re not polling high enough to win back the House, or the Senate. 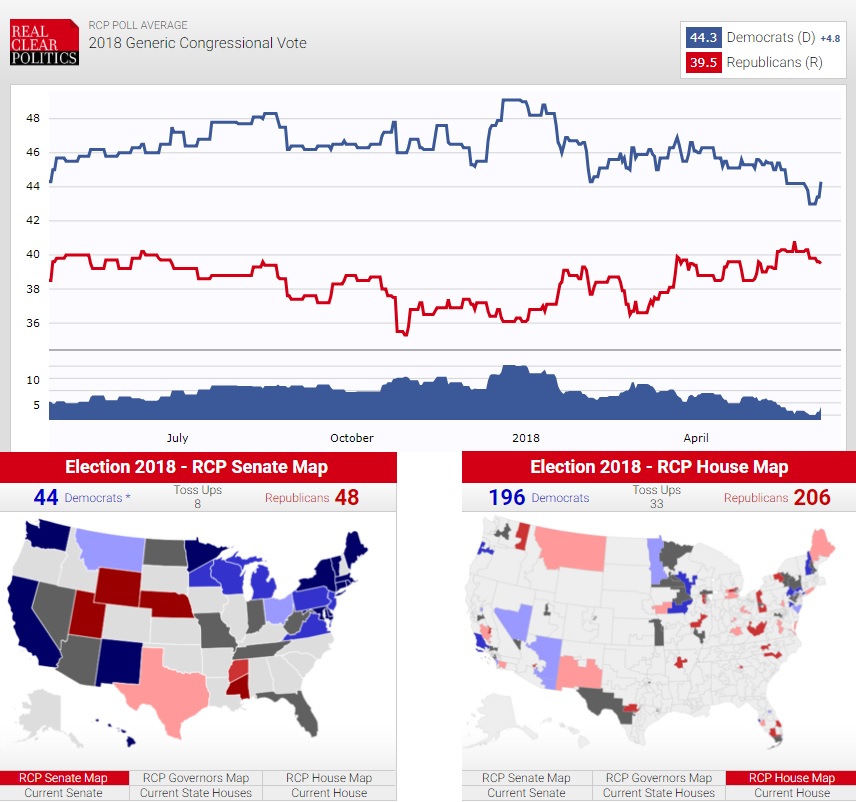 Nobody expected his victory, which will allow him to face off against Gavin Newsom, the current lieutenant governor of California. Additionally, every incumbent GOP Congressional seat except one received over 50% of the vote in their contested primaries, with some “targeted districts” going as high as earning 58-70% of the vote for the Republican contender. (For an explanation of how California’s complex primary system works, watch this video).

3. Democrats Have Promised to Raise Taxes. Nancy Pelosi said that Democrats will raise taxes if they take back Congress – which is a promise she really ought not to have made, if she wants her fellow Democrats to win elections. (RELATED: Nancy Pelosi Promises Dems Will Raise Taxes If They Win Midterms).

5. And the DNC’s Leadership is Jumping Ship. At least one member of the DNC has spotted the iceberg ahead – and jumped ship. Jess O’Connell took over the DNC as CEO in May 2017, and didn’t even make it a year, resigning in January 2018. (RELATED: DNC CEO Jess O’Connell Resigns After Poor Performance).

6. The Economy. For obvious reasons, a strong economy is a good omen for incumbents that share the President’s party. The unemployment rate is currently at the lowest point in a half-century, and there are more job openings than unemployed people. Democrats like Hillary Clinton predicted that Trump’s tax policy would kill 3.5 million jobs – and the American public can see with their own two eyes that isn’t the case. (RELATED: Flashback: Hillary Predicted Trump Tax Cuts Would Kill 3.5 Million Jobs).

7. Trump’s Approval is Trending Upward. The approval rating of President Donald Trump will play a large role in the performance of other Republicans. His approval has been trending upward, particularly among three demographics: women (up 8 percentage points since December), those aged 18-29, and those aged 50-64. The former two groups didn’t vote for Trump in the 2016 election (on aggregate), while the latter have statistically higher voter turnout rates.

The stars are aligned for a Republican victory in November.

Now let’s just hope they don’t screw it up.

Are the Democrats doomed this November? Share your thoughts with us below!