Hypocrisy isn’t the detriment to the Democrat Party you might expect. It’s actually considered an attribute. No, it’s practically a necessary resume enhancer.

There is practically no situation in which you can’t take something a Democrat says today, and find them saying the exact opposite in the past depending on which way the political winds are blowing.

Nearly every big name in the party is on record as having, once upon a time, been a supporter of tough immigration laws.

Then, of course, there is this epic piece of hypocrisy from House Minority Leader Nancy Pelosi in regards to illegal immigrant child detention centers: 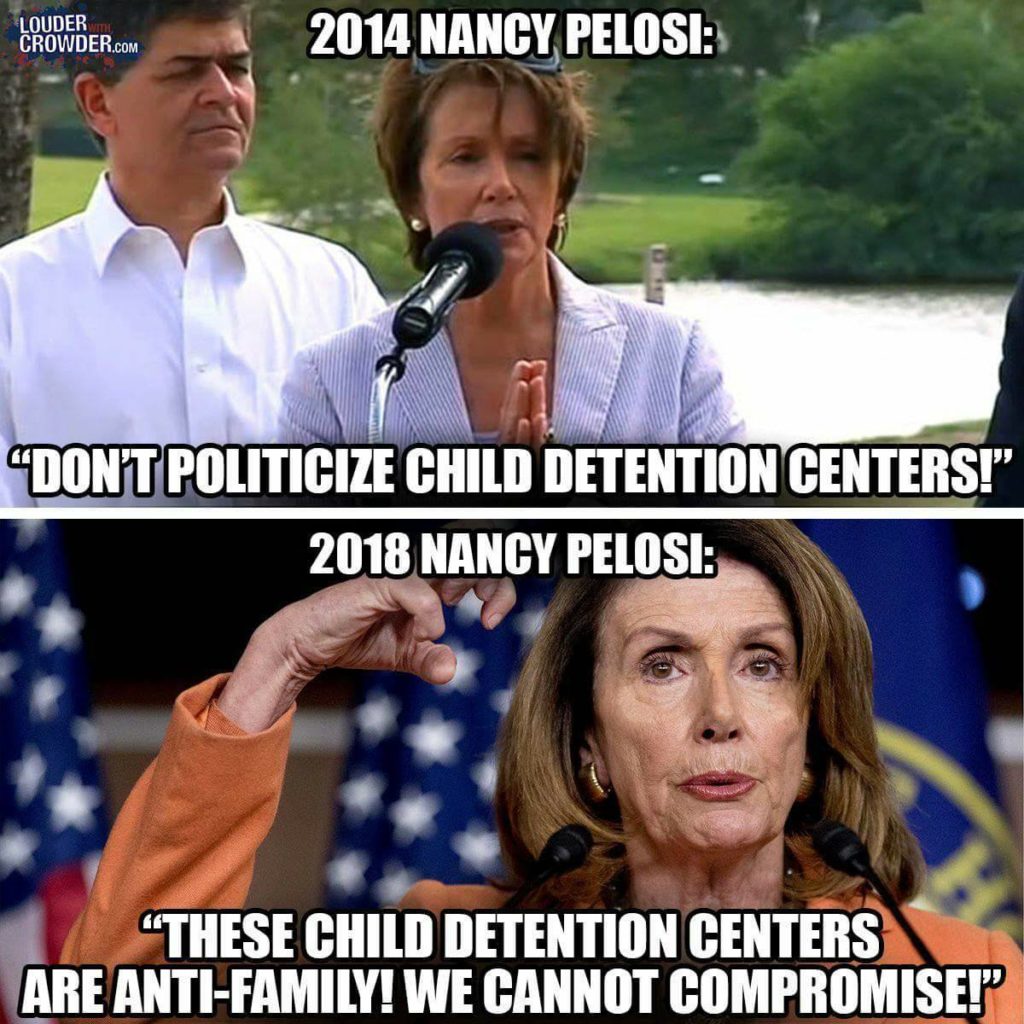 Pelosi, who is adamantly opposed to separating children from their law-breaking adult companions today, didn’t want such a matter politicized back when Barack Obama was president.

According to a press conference transcript on her official website in June of 2014, Pelosi said that detention facilities housing illegal immigrants should not be politicized. (RELATED: FLASHBACK 2014: Pelosi Says Not To ‘Politicize’ Child Detention Facilities).

When asked about the humanitarian crisis at the border then, Pelosi said, “Well, I hope that while some may have tried to politicize it, I hope that was not the case.”

“The fact is: these are children, children, and families,” she continued. “We have a moral responsibility to address this in a dignified way – I wouldn’t even say bipartisan, I would say nonpartisan way. And that is what we’re striving to do.”

Fast forward to today when Pelosi has abandoned any pretense of compromise and moral responsibility.

“Their bills are anti-family, perpetuate child detention, undermine existing protections [and] cut off many people who have been waiting lawfully to enter the country,” she claimed, adding that they can’t come to a compromise for doing so would be a “compromise with the devil.”

It’s incredible how Democrats continually evolve on issues, which is short for bending politically to get votes, while conservatives stick to their morals and beliefs.