The Women’s March attracted millions of liberals to protest the presidency of Donald Trump following his inauguration – but I doubt many would’ve showed up if they knew the true colors of the organizers.

While the women who attended the March were there to protest Trump, the organizers (Linda Sarsour, Tamika Mallory, Carmen Perez, and Bob Bland) are so far to the left that they make your typical marcher look center-right. Sarsour is a Palestinian nationalist and registered member of the “Democratic Socialists” (ain’t that an oxymoron?). Perez supports convicted cop killer Assata Shakur (as do they all), and in all honesty, I’m not sure why this “Bob Bland” person is relevant. 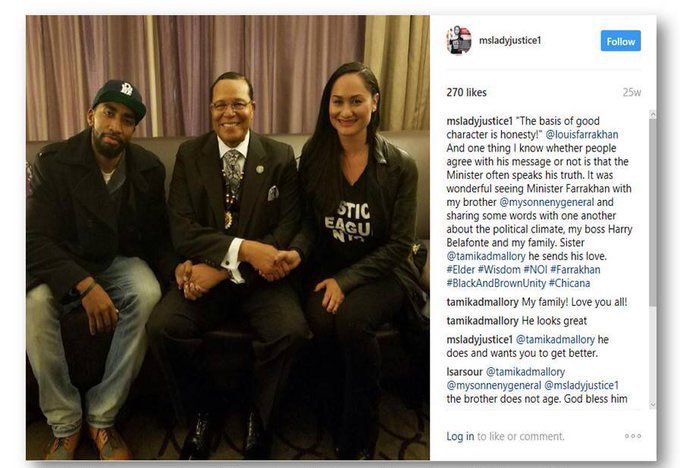 While the Women’s March organizers will claim to fight racism and sexism wherever it exists (and more often than not, where it doesn’t exist), they don’t have a problem with racism or sexism when the racist or sexist spouts their cultural Marxist propaganda. Case in point: one of the founders, Tamika Mallory, attending a speech by Louis Farrakhan, who has a long history of antisemitism and racism, but happens to be a Leftist,which is apparently enough to excuse all of that.

Mallory has spent the last few days fending off waves of criticism for attending the strong-worded speech in Chicago late last month, during which Farrakhan spun the “Time’s Up” phrase against the “Satanic Jew.” 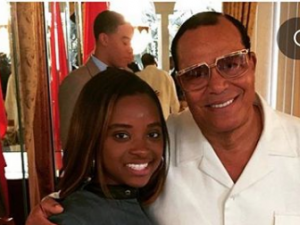 Pictured above: Mallory and Farrakhan, 2015

He repeatedly railed against Jewish people, alleging they controlled governments around the globe and “when you want something in this world, the Jew holds the door.”

The Anti-Defamation League lambasted Mallory and Women’s March co-founders Carmen Perez and Linda Sansour for past ties to Farrakhan. “It is impossible to imagine any other group being asked to tolerate seeing celebrities, public figures, and elected officials embrace a person who openly calls for their death,” ADL National Director Jonathan Greenblatt wrote in an op-ed published last week.

In defending themselves for their affiliation with Farrakhan, Perez said in January that “there are no perfect leaders.” Yeah – no kidding. The organizers have been defending the man for months.

1. Jew asks @womensmarch co-chair why she supports American anti-Semite Louis Farrakhan
2. Anti-Semite replies "but Israel," as if that justifies Farrakhan's hate, then calls for Jesus to cast "wicked spirit" out of the Jew
3. Linda Sarsour interjects to defend … the anti-Semite pic.twitter.com/Ro1Ss1jLhg

Apparently realizing the bad optics of the situation, the Women’s March official Twitter account finally issued a statement claiming to distance themselves from Farrakhan’s racist/sexist statements, but without actually condemning the man himself.

2. The tweets by both Mallory and Sarsour have not reflected the spirit of this statement. And still don’t.

3. They would never treat people who condone racists with such thoughtfulness (and shouldn’t).

We’ll be sure to see them at another Farrakhan speech soon.

Are you surprised a Women’s March leader was palling around an anti-Semite like Farrakhan? Tell us your thoughts below!