Want to Make Liberal Heads Explode? Show Them How Trump Can Avoid Impeachment

Democrats may be trying to drown out voices in their own party and tamp down expectations when it comes to impeaching President Trump, but you just know they’re chomping at the bit with anticipation as the 2018 midterms approach.

House Minority Leader Nancy Pelosi said the impeachment option was off the table adding, “I’m not going after it.”

Senator Dick Durbin (D-IL) claims the process is “not politically viable” and it’s “too early in the process to be using these words.”

“Democrats should not lead with impeachment,” he said during an interview on ABC. “I think we should lead with the core issues people care about — making sure that health care costs go down, that their paychecks go up, and that we scrub out corruption.”

They don’t want to lead with it because they know a majority of American voters don’t support it. They also know the very thought would energize Trump supporters to take to the polls and give him a second term.

The radical voices are still there in the background, however. Not the least of which is the low-IQ individual, Maxine Waters.

Cohen admitted Trump instructed him to break the law. If it’s a crime for Cohen, it’s a crime for Trump. Debates about whether you can indict a president do not excuse Congress from its responsibility to impeach Trump for “treason, bribery, or other high crimes & misdemeanors.”

“This president can be impeached, will be impeached, and certainly has committed the kind of … high crimes and misdemeanors, that is identified by the Constitution as such that would qualify him for impeachment,” she declared.

It’s always so cute when they pretend to have read and seek to adhere to the Constitution, especially after the Democratic Party ignored it and practically ran it through a shredder during the Obama years.

Nothing would please us more than watching Waters, Pelosi, Durbin and their colleagues try to comprehend the following workaround to the potential impeachment of President Trump.

Show this to your liberal friends and watch them spontaneously combust in unbridled anger and hatred. It’ll be fun, trust us. 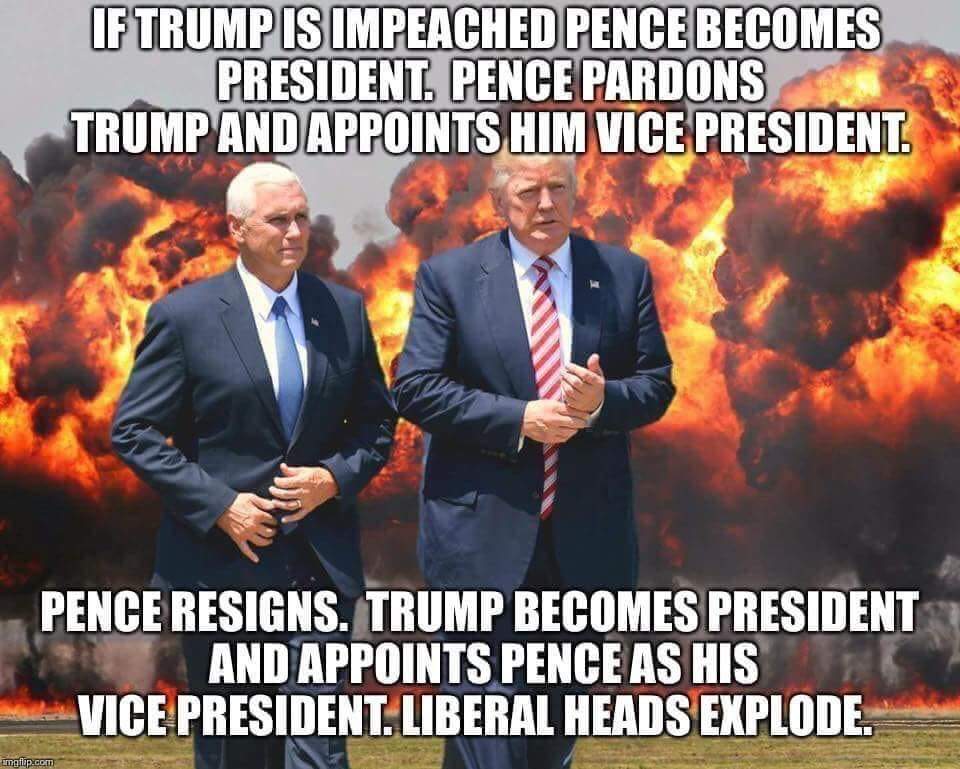 Laugh as they claim this would be an impeachable offense and the circle will go on and on forever.

In all seriousness, we’re fairly convinced that a good portion of liberals genuinely believe that if Trump is impeached everything will be right in their world because Hillary Clinton will be enshrined in his place.

In reality, here is the Presidential line of succession as presented by Wikipedia: 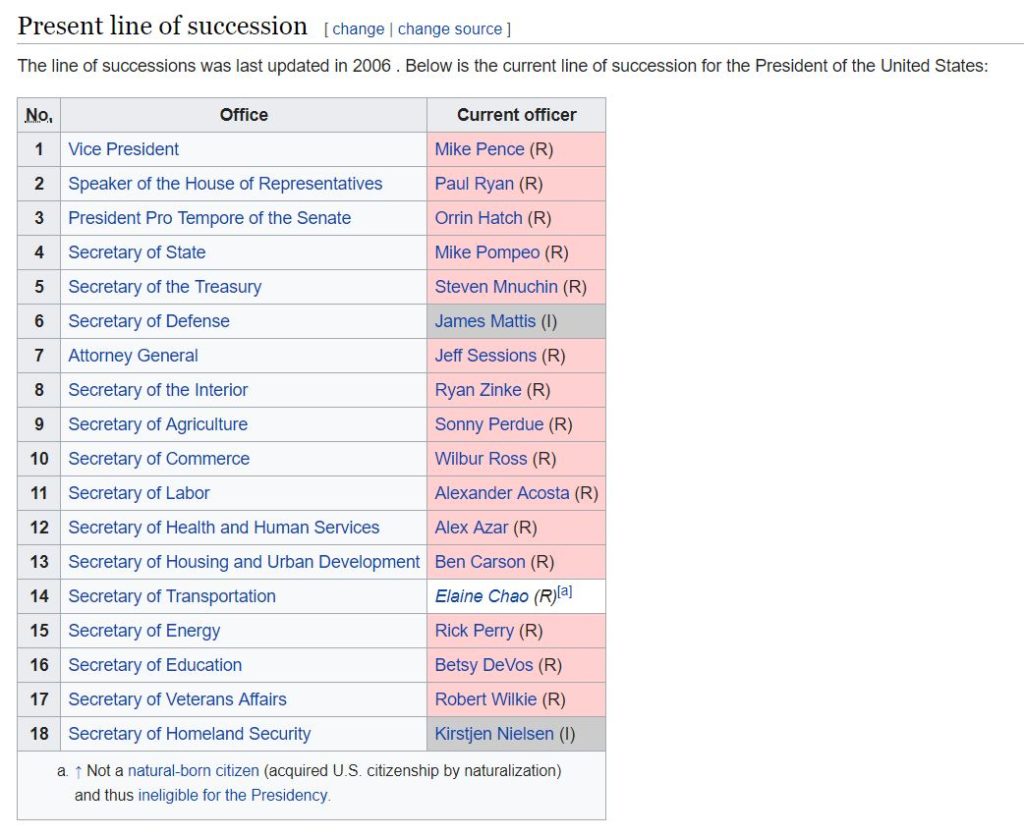 We’ll give our liberal friends, especially as Rush Limbaugh would say, those in Rio Linda, a hint at the number – Take Auntie Maxine’s IQ and subtract 50.

The fact of the matter is, President Trump isn’t going to be impeached, period. Even after what many have described as a ‘hell week’ for the President, his approval ratings have remained remarkably steady.

Come October, after the GOP uses some of the massive cash advantages they have on Democrats, the blue wave will sputter out and the Republicans will retain at least one house in Congress.

He will serve out his entire four-year term, and there’s nothing the left will be able to do about it.

But just in case, we’d love to see the scenario above play out – just to make liberal heads explode.