When FCC Chairman Ajit Pai announced late last year that the so-called “net neutrality” regulations imposed during the Obama administration would be repealed, the Chicken Little Brigade came out in full force. Just take a look at some of the most hysterical headlines prior to repeal:

So, what’s happened since? Has the sky come crashing down? Have internet speeds been throttled? Are internet service providers treating certain kinds of internet traffic differently? Net neutrality didn’t take effect until 2015 and was repealed in June 2018, meaning nearly the entire history of the internet existed without net neutrality. The sky wasn’t falling then, and it certainly isn’t now.

Unbiased America has an infographic tracking the score (as of August 13th): 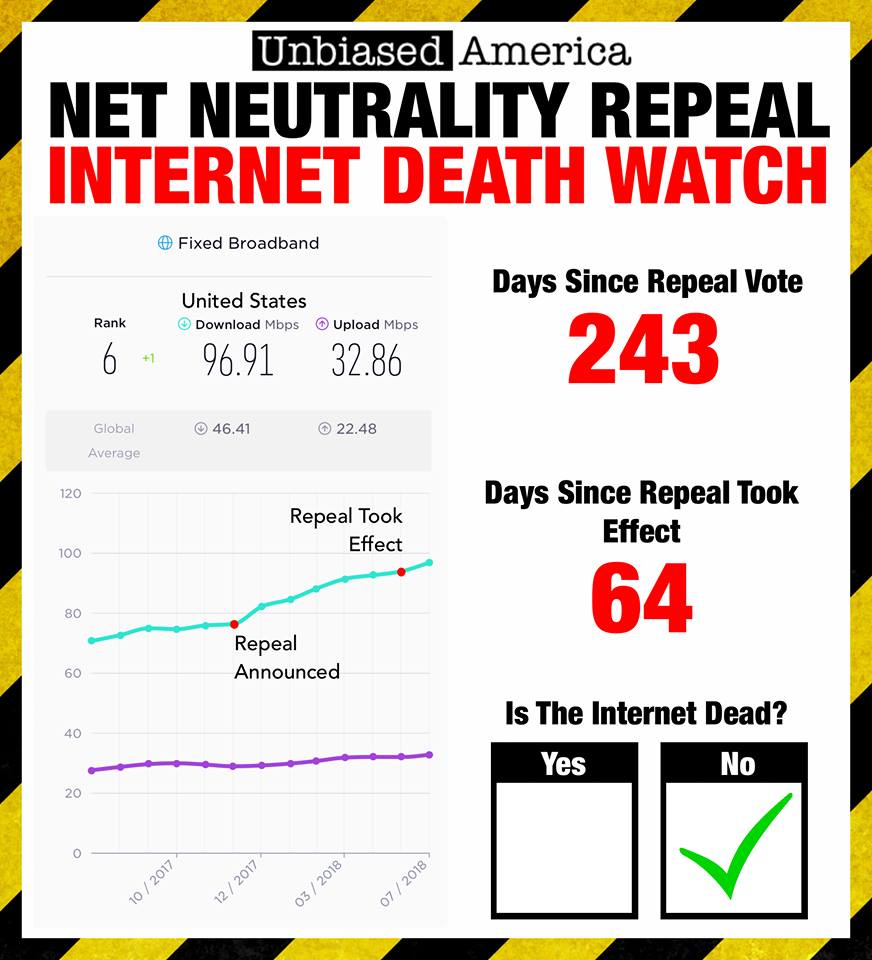 So hysterical were some liberals over the prospect of a net neutrality repeal, that a bomb threat was called into a net neutrality hearing in December of last year in an attempt to thwart progress on the repeal. That didn’t work, and ironically, the person who called in the bomb threat should be grateful for that.

None of the alleged consequences we were told would wreak havoc on the internet in absence of net neutrality rules ever materialized. While we were warned that service providers would throttle people’s internet speeds to force them to pay more for faster speeds, that never materialized (rather, the opposite did). Of course, this shouldn’t be much of a surprise, given that none of those potential problems existed before net neutrality existed.