Omar, a Minnesota Democrat, said people “don’t want your damn reforms” and compared police departments to cancer in calling for the Minneapolis Police Department to be “completely dismantle(d).” 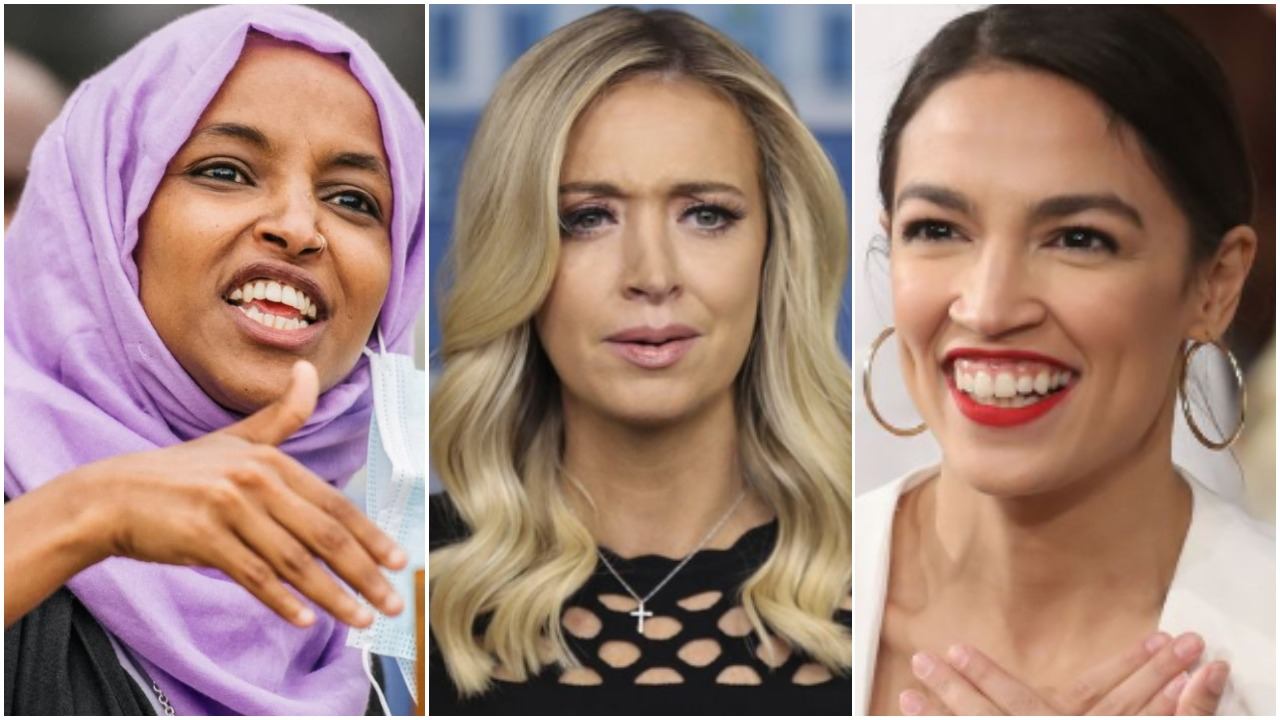 For her part, Ocasio-Cortez (D-NY) did a crime analysis following an uptick in violence and shootings in New York and discovered it couldn’t be due to a lack of respect for the police. And by ‘crime analysis’ we mean she completely made something up in her head.

“Maybe this has to do with the fact that people aren’t paying their rent and are scared to pay their rent, and so they go out and they need to feed their child and they don’t have money, so you maybe have to, they’re put in a position where they feel like they either need to shoplift some bread or go hungry that night,” she said while grasping at the nearest straw.

She prefaced those comments by saying “let me make something super clear,” an indicator she was super-serious about her idiotic claims.

This idiot thinks the crime rate is up because of bread stealing.

The terminal lunacy of @AOC. https://t.co/7EjPb9n3kQ

RELATED: Harmeet Dhillon Wants To Know Where The Outrage Was When Obama Commuted Sentence Of A Terrorist

Super-serious or not, McEnany dismissed AOC in all of three words: “That is preposterous.”

An understatement if ever there was one, and really evergreen content for any of the New York socialist’s “deep thoughts.”

McEnany analyzed AOC’s comments regarding the real reason for the uptick in crime – leftist calls to defund the police and being forced to stand down against criminals.

Of particular note, she addressed the Squad leader’s complaints that defunding the NYPD budget by over $1 billion was not nearly enough.

“You have, most egregious of all, really, Congresswoman Alexandria Ocasio-Cortez saying, ‘Defund[ing] the police means defund[ing] the police,'” noted McEnany. “She criticized, of course, the announcement of $1.5 billion being taken down from NYPD.”

“And this weekend, you know, when faced with — there were 28 shootings in New York, a 600 percent increase from this time last year — you have Representative Ocasio-Cortez saying this is just because people are trying to get food with their families,” she added. “That is preposterous.”

MOMENTS AGO: Press Sec. Kayleigh McEnany slams Rep. AOC discussing uptick in NYC violence: “You have Rep. Ocasio-Cortez saying this is just because people are trying to get food with their families.” pic.twitter.com/SREtVGwZtF

RELATED: Ilhan Omar: Police Department a Cancer That Needs to Be Cut Out, Says ‘We Don’t Want Your Damn Reforms’

Not How We Should Be Talking About Our Heroes

McEnany blasted Omar over the “police are cancer” comments as well.

“When you have people out there, like Representative Ilhan Omar, saying, ‘We have to completely ‘dismantle the police’ and police are ‘cancer,’” she lamented, “this is not how we should be talking about our heroes.”

WH Press Secretary McEnany to the daughter of the murdered officer Chavez: “I want Savannah to know: Your dad is a hero. His police dept should never be defunded… We’ll be praying for you, Savannah.” #IStandWithLEO 🇺🇸pic.twitter.com/2zl5eYUMhX

She then took a jab at any liberals who are pushing for defunding the police by addressing the two officers shot and killed in Texas this past weekend.

She recalled that the daughter of one of the slain officers wrote a touching tribute to her father.

“I want Savannah to know: Your dad is a hero,” McEnany said. “His police department should never be defunded because most of our police officers are good, hardworking men and women, and heroes — much like Savannah’s dad.”

AOC and Omar want people like Savannah’s dad to go without resources, unable to do their job, or flat-out eliminated. They are a disgrace to the people they represent as well as the country.