Is Joe Biden to Blame for School Shootings?

Is Joe Biden responsible for making schools susceptible to public shooters? That’s what some are arguing following last week’s Valentine’s Day massacre at a high school in Florida. They are drawing attention to a piece of legislation that Biden is responsible for: the 1990 Gun-Free School Zones Act.

Biden introduced the bill, which was eventually signed into law by former President George H.W. Bush. The law applies to public, private, and parochial elementary schools and high schools, and to non-private property within 1000 feet of them.

It’s an act that President Donald Trump himself advocated removing last year, arguing that they effectively make everyone inside a school a sitting duck. He’s right, too. Look no further than the number of school shootings per year before and after the law took effect. 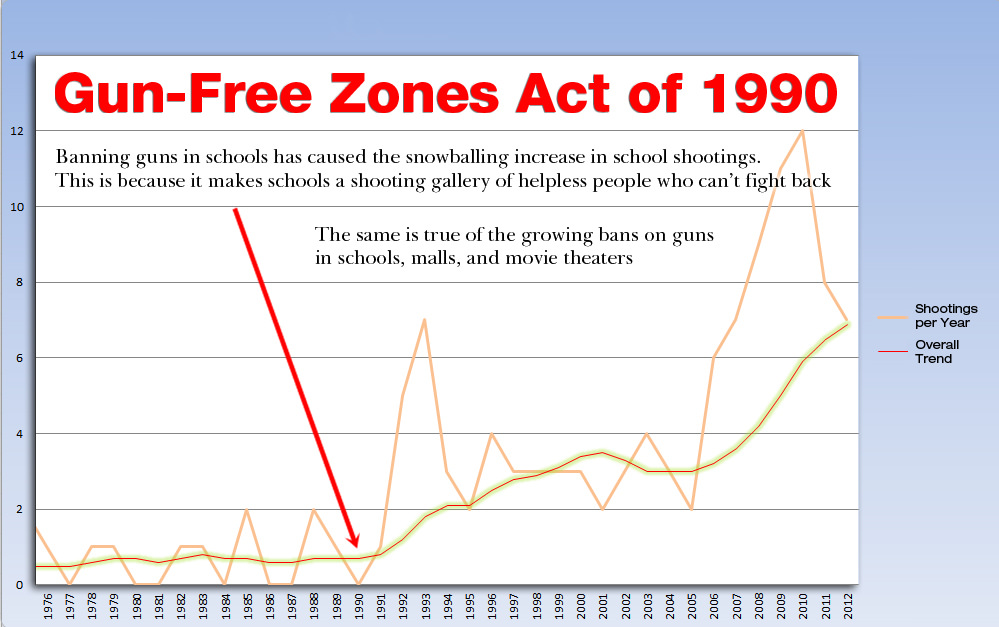 Now, does this mean that these shootings wouldn’t have happened if it wasn’t for Joe Biden? Not exactly.

If a would-be school shooter knows he could face armed resistance at a school, he’ll simply pick another target where his prospective victims are disarmed. Thus, the root cause of the “mass shooting” problem is gun-free zones.

As the Conservative Tribune reported,

Research from the Crime Prevention Research Center shows that 98 percent of all public mass shootings that occurred between 1950 and July 10, 2016, happened in gun-free zones like Stoneman Douglas High School.

Responding to this research, USA Today contributor Erich Pratt recently opined, “No wonder that 81% of police officers support arming teachers and principals, so that the real first responders — the potential victims — can protect the children.”

With over 350 million firearms in circulation in America, we’re simply never going to live in a “gun-free America.” Ever.

Because of that, any solution to the problem of mass shootings should be focused on empowering the potential victims.

What happened to the frequency of school shootings after schools became gun-free zones should be a reminder that we don’t want gun-free zones to exist anywhere.

Think Joe Biden is guilty? Tell us your thoughts below and be sure to give this story a share on Facebook now!

Trump To Head To Alaska To Stump For Palin And Tshibaka, Could Add To Endorsed Candidate Wins

Thievery Doesn’t Cause Inflation, And Neither Does Government Spending