Over the past year, arrests made by Immigration and Customs Enforcement have surged nationwide.

The map below shows that it’s local policies driving the extent of the increase in ICE enforcement, however. While California houses roughly a quarter of the nation’s illegals, that state has seen one of the lowest upticks in immigration enforcement because the liberals in charge have been doing everything they can to keep ICE at bay. This peaked with California officially becoming a “Sanctuary State” in 2018. 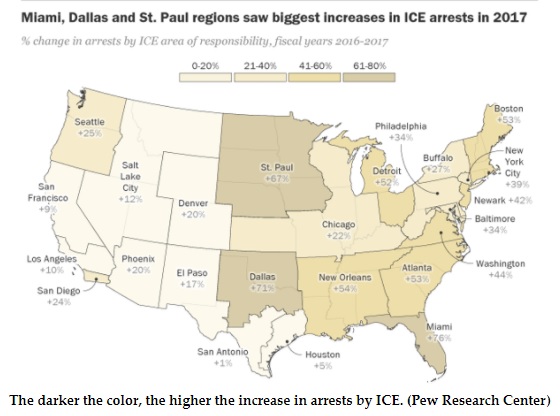 Not only have arrests increased, but so has the percentage of illegals arrested who had prior criminal convictions, or were wanted for outstanding charges. It goes to show that despite the media narrative of ICE agents raiding “communities,” it’s hardly ideal members of those communities being arrested.

According to the Washington Examiner,

ICE’s records show that some 90 percent of all arrests last year had criminal convictions or were wanted on charges. Just a bit over 10 percent had no known criminal convictions or charges. A new analysis of data from Immigration and Customs Enforcement done by the Pew Research Center not only popped claims that big percentages of non-criminal illegals were being arrested, but it showed that former President Obama’s administration was much more guilty of arresting non-criminal illegals. Pew titled their report, “Most immigrants arrested by ICE have prior criminal convictions, a big change from 2009.” 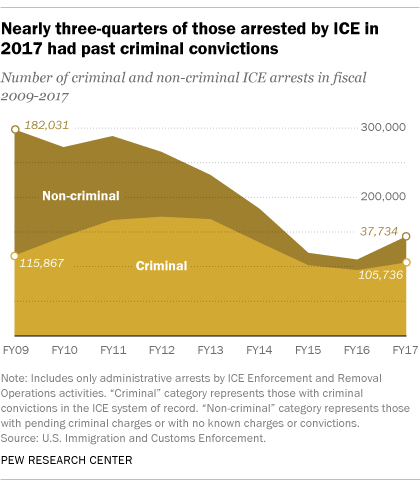 But what kind of offenses were these? View the breakdown below, and it’s clear they weren’t going 5 over the speed limit: 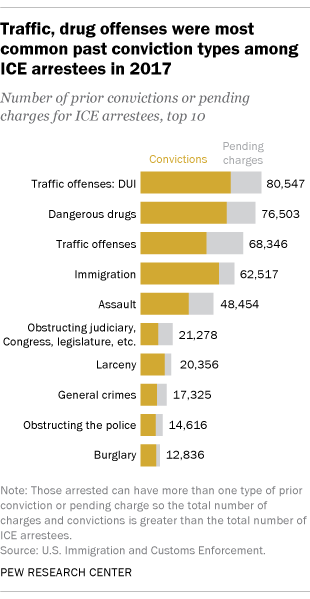 A study published last month examined the statistics in Arizona, and concluded that illegals were committing crimes at rates twice that of legal citizens. The study concluded that “if undocumented immigrants committed crime nationally as they do in Arizona, in 2016 they would have been responsible for over 1,000 more murders, 5,200 rapes, 8,900 robberies, 25,300 aggravated assaults, and 26,900 burglaries. ”

Are you pleased with Trump’s handling of illegal immigration so far? Tell us your thoughts below!