How Hungary Cut Illegal Immigration by 99%

What better way to figure out how to combat illegal immigration than to look at other countries that were able to swiftly deal with it?

Liberals are in the convenient position of arguing that we’re already past the “point of no return” when it comes to immigration.

“You can’t possibly deport 10-15 million illegal aliens” we’re told – because apparently the solution is to wait until there are 20 million illegals we “can’t deport”? Or 30 million? Fifty million? “The problem is already too big” is certainly a bizarre way of arguing that we shouldn’t combat it.

That’s certainly a cost worth addressing – and one that pales in comparison to the one-time $10-25 billion cost of President Donald Trump’s proposed border wall.

But do walls works? You bet – just take a look at flows of illegal immigrants into Hungary, and I’ll let you take a wild guess at when it was they constructed a wall. 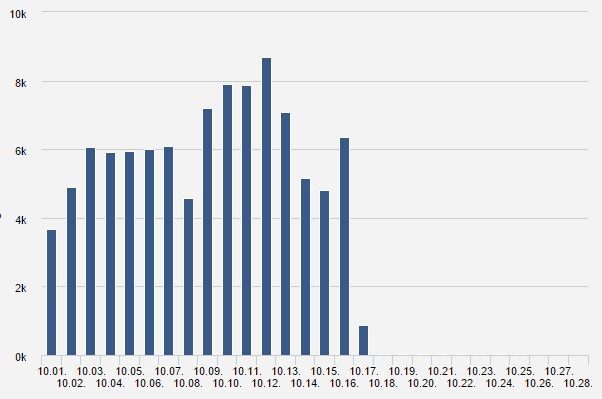 Speaking to Breitbart,  here’s what the the Hungarian government’s International Communications Office said: “The Hungarian state spends a total of 5,505 forints on the daily care of each illegal immigrant. To put things in comparison, the minimum wage in Hungary is currently 127,500 forints/month, which equals to 4,250 forints/day.”

More from the report: “This adds up to an annual cost of some 2,009,325 forints per illegal migrant, per year. Frontex, the European Border and Coast Guard Agency, recently reported that the introduction of ‘technical barriers’ to illegal migration on the Hungarian/Serbian border slashed crossings via that route from 200,000 in 2015 to 25,000 in 2016 –- a massive theoretical saving.”

Directly following the completion of their border fence, they cut the number of illegal immigrants entering from 6,5353 a day to a mere 29 a day within a week.

Of course, this only prevents inflows of illegals into the country. As a proxy to combat those already in the country illegally, the Trump Administration has been targeting employers of illegal aliens. The largest fine for hiring illegals has already been issued under Trump’s administration – a whopping $95 million. During Barack Obama’s last year as President, the minimum penalty for hiring illegals increased from $375 to $539, while the maximum fine increased from $3,200 to $4,313 (per immigrant). For those hiring multiple illegals, the maximum charge would be $21,563.

Clearly, the times are changing.

Share this story if you want Trump to build a wall now!