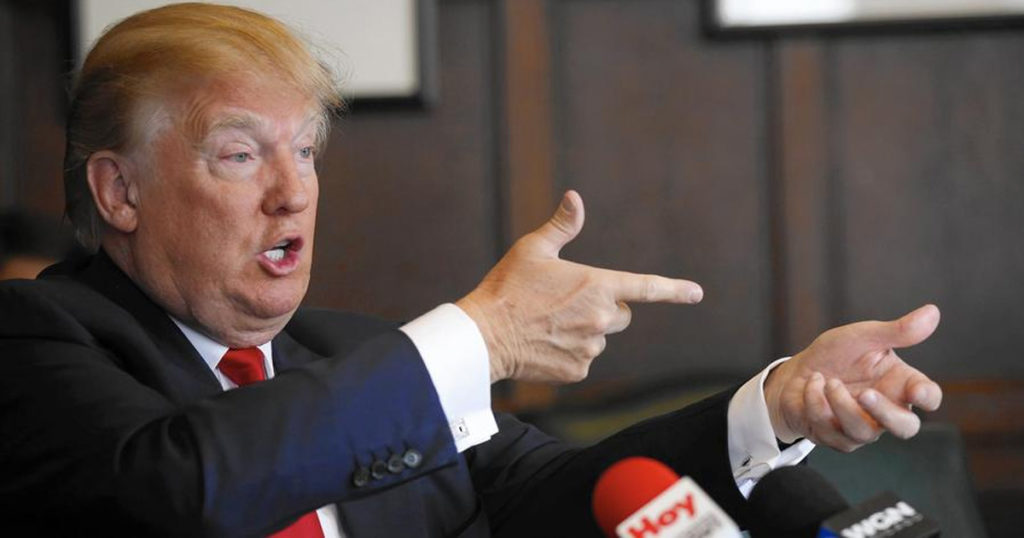 On a daily basis, we have watched liberals suffer from Trump Derangement Syndrome. Their hatred of President Donald Trump is why the president stays front-and-center of every news cycle.

But Dana Milbank of The Washington Post took it to a new level, writing an entire column about how President Trump is literally killing him.

He’s not being ironic and it’s not a joke. And the result is perhaps the most absurd column ever published by Washington’s premier newspaper.

Milbank details his recent visit to his doctor’s office, where he wanted to find a way to cure his “fatigue, headache, poor sleep, (and) even some occasional chest pain.” The doctor noted his blood pressure was alarmingly high.

Eventually, Milbank figured out why he feels so bad: President Trump!

As Milbank explains, “I was suffering from Trump Hypertensive Unexplained Disorder, or THUD. For almost five decades, I had been the picture of health, but eight months into Trump’s presidency, I was suddenly ailing.”

And Milbank believes THUD a wide-spread phenomenon, especially in regions that didn’t overwhelmingly vote for Trump: “I have a strong suspicion THUD is a widespread phenomenon. A dentist tells me orders have surged in the Washington area for night guards because more people are clenching and grinding their teeth in the Trump era. Psychotherapists tell me that they are unusually busy and that most clients are talking about Trump, who is exacerbating whatever neurosis, depression or other conditions they had.”

Then, Milbank notes how his blood pressure has been directly affected by the following headlines:

* Trump agrees with “Chuck and Nancy” to avoid a debt-limit fight. Blood pressure: 122/81.

This is yet another example as to why President Trump is 100% correct about the liberal media. If you love or hate Trump, it should be clear to everyone that the media is so far out-of-touch that they have absolutely no idea about the real problems citizens face. Milbank’s feelings are so sensitive that he – a supposedly professional journalist – can’t stand to watch the daily news cycle and the fights Trump engages with to promote his agenda.

Maybe Milbank should realize there’s more to life than Trump and relax? Or better yet, he should get a new job that his hyper-sensitivity should be able to tolerate.

When President Trump wins re-election in 2020, this will be a shining example as to why Trump keeps winning.

What do you think about Dana Milbank’s claim that President Trump is literally killing him? Please leave us a comment (below) and tell us.