Comparing Feminists From Around the World

Ever wondered what American feminists today look like to others around the globe?

It’s amazing how far feminism has descended over the years, with liberals hijacking a movement designed to promote women’s equality and instead turning it into a male-loathing, conservative-hating, body part-obsessed group.

While other women around the world fight for basic human rights and freedoms, the American feminist fights for … free birth control?

Nowhere is the disparity more glaring than in the following pictures… 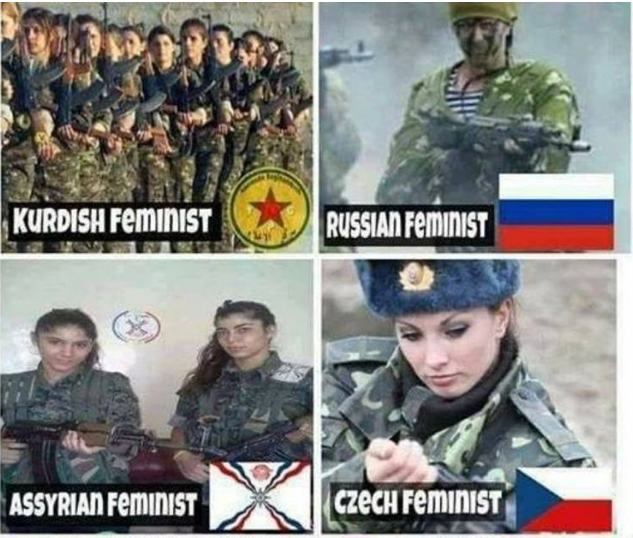 And then here are American feminists: 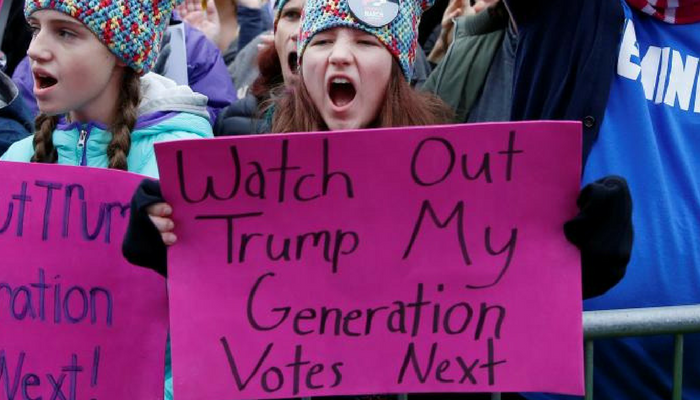 Previously, the Political Insider ran a story about another type of feminist – a female Kurdish fighter engaged in hunting ISIS terrorists.

Video emerged of the woman laughing off an enemy’s bullet that just barely passed by her head.

Now that is a badass. That is a feminist fighting for women’s and human rights.

By contrast, let’s take another look at an example of an American feminist.

Of course, there is one kind of woman American feminists despise – conservative women, or those associated with Republican politicians.

Take Melania Trump for instance, who stepped into the White House and gave liberal feminists a photo that surely made their heads explode – East Wing interns, with women outnumbering men three to one.

Thank you to all of our East wing interns for their dedication! The future is bright with these hard workers!

A stunning image to be sure.

Another woman of power associated with the Trump White House who promotes women’s values? Ivanka Trump, who was ridiculed by feminists for wearing a “girlie” dress to the G20 Summit.

Instead of appreciating a stunning and powerful woman, MSNBC’s resident feminism expert, Joan Walsh, blasted her for her dress.

No, liberal feminists would rather see women dress up like female body parts, as evidenced at the Women’s March in Washington. That’s what it means to be a modern-day feminist in America.