Editor’s Note: This article was updated to clarify that some of the spending items were included in the omnibus spending bill, which was combined with the coronavirus relief package.

Democrat Tulsi Gabbard slammed the $900 billion COVID relief bill that will include $600 stimulus checks, calling it “an insult and a slap in the face” to Americans.

Gabbard voted against the massive spending bill passed by both the House and Senate on Monday.

As with several other lawmakers, the congresswoman from Hawaii took issue with the length of the bill and the relatively short time each member had to parse what was in it.

“First of all, this bill was over 5,500 pages long,” she said in a video posted to Twitter. “We received the text of this bill at approximately 2:30 this afternoon, and we’re told we’d have to go and vote on it just a few hours later.”

Gabbard added, “There is no way that anybody in Congress had the opportunity or the time to go through and read this bill to know exactly what was in it.”

She then took aim at the paltry amount of money being dished out to Americans.

“Here’s what’s left for you: You get 600 bucks,” the right-leaning Democrat said. “I’ll tell you, in Hawaii, that in most cases won’t even cover 25 percent of your rent.”

“It is an insult and a slap in the face to every single American in this country who is struggling because of this COVID pandemic,” Gabbard explained.

$600 is a slap in the face to every American struggling due to the pandemic. You deserve better.

I voted against the 5,593-page spending bill that gave billions to corporate interests, the military industrial complex & other countries, leaving crumbs for you who need help most. pic.twitter.com/82F1HYF43T

RELATED: Lawmakers Brag About COVID Relief Bill With $600 Checks To The American People – They Should Be Ashamed

Like Gabbard, Rep. Alexandria Ocasio-Cortez also took issue with being forced to read a bloated bill within just a couple of hours.

“Members of Congress have not read this bill,” she tweeted. “It’s over 5000 pages, arrived at 2pm today, and we are told to expect a vote on it in 2 hours. This isn’t governance. It’s hostage-taking.”

This is why Congress needs time to actually read this package before voting on it.

Members of Congress have not read this bill. It’s over 5000 pages, arrived at 2pm today, and we are told to expect a vote on it in 2 hours.

Unlike Gabbard, who has the courage of her convictions, Ocasio-Cortez still voted yes on a bill she readily admits she could not have read. 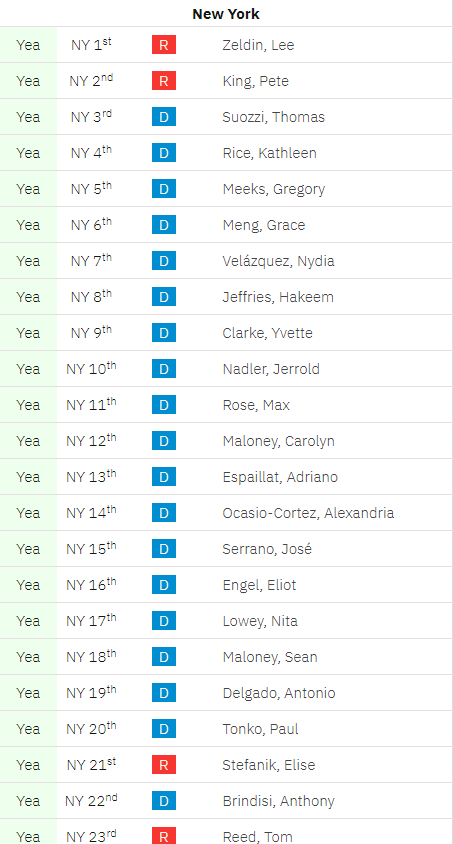 Senator Rand Paul, in a speech that went viral, blasted the bill and any “so-called conservatives” who voted for “this spending monstrosity.”

Handing out money isn’t the answer, but if the government is going to do it in the midst of a once-in-a-lifetime pandemic, it sure as hell better be more than $600, and the bill should only focus on struggling Americans and businesses.

In the end, as we argued on these very pages, this isn’t about money from the government, it’s about the government preventing people from earning money.

On that, Paul seems to agree, saying “the only thing that can save us is opening the economy.”

Sen. Rand Paul: “Open the economy. It’s not too late to change our course.” pic.twitter.com/0gakz3uHCO

Gabbard’s Slow Transformation to the Right

Gabbard also notes that the COVID relief bill “dished out hundreds of billions of dollars” to special interests, the military, and foreign countries.

Grabien Media founder Tom Elliott tweeted out a series of screenshots claiming they were of the COVID relief bill.

The Blaze reports that some of the shocking pork inserted into the bill includes “millions of dollars to fund ‘gender programs’ in Pakistan, fund new cars for federal HIV/AIDS workers, and establish a Climate Security Advisory Council.”

These offending items were not part of the COVID bill, but part of the attached $1.4 trillion “omnibus” spending bill for the government, with the two bills being combined into a package.

Congress is setting aside money in its COVID-19 stimulus program to pay the added pandemic expenses inside its own US Senate daycare center pic.twitter.com/mQieVPpLuH

Gabbard concluded by saying the bill is a “representation of the screwed-up priorities of Washington.”

“They should be fighting for you and making sure that you, the American people, come first. This bill did not do that.”

Earlier this month Gabbard made news by bucking her own party, introducing a “born alive” amendment that protects infants who survive abortion, and bringing forth legislation that would prevent biological males from competing in women’s sports.

Tulsi Gabbard also introduced a “Born Alive” bill protecting infants who survive an abortion. I’m waiting for Tulsi to realize she belongs in the GOP. https://t.co/E6Kj9bBdjS

Gabbard did not seek reelection to Congress in 2020 and her seat will be filled by Kai Kahele representing Hawaii’s 2nd Congressional district.

We’d like to see her continue fighting for the American people and against self-absorbed lawmakers.

Fauci: ‘This Cannot Be Business As Usual This Christmas’