After months of arguing over their missile sizes, North Korean leader Kim Jong-un has invited President Trump to meet, and Trump has agreed. North Korea promised not to test any missiles or nuclear weapons during the talks, and says they’re willing to discuss denuclearization. Kim said in a message directed at South Korean that he is ”committed to denuclearization”.

The announcement was made by South Korean national security adviser Chung Eui-yong after he personally delivered the message to Trump.

No President has even proposed meeting with North Korea’s “Supreme Leader,” but because Trump could be the first, liberals have a problem with it.

Rachel Maddow seethed on her MSNBC show, questioning Trump’s intelligence for agreeing to the meeting. Here’s what she said: “You might think another president in this circumstance, you can imagine a president asking himself or herself, ‘why has no other American president ever agreed to do this? Why has no sitting American president ever met with a leader from North Korea? Why has that never happened in all the decades North Korea existed as a nation? Should I take that to mean that this might be particularly risky or even an unwise move?’”

She continued, “I think a lot of people probably suspect tonight that those are not the kinds of questions that this president asked himself before agreeing to this meeting. But this is the president we have and he said yes to North Korea.”

Maddow wasn’t the only one criticizing Trump’s decision to try to prevent a nuclear apocalypse. Here’s an Obama lackey spouting off:

POTUS gave Kim Jong Un exactly what he wanted, appearance of legitimacy & a stage where he looks like the equal of the President of the US. Ugh…

Funny – they do realize that presidents meet with dictators all the time, right? 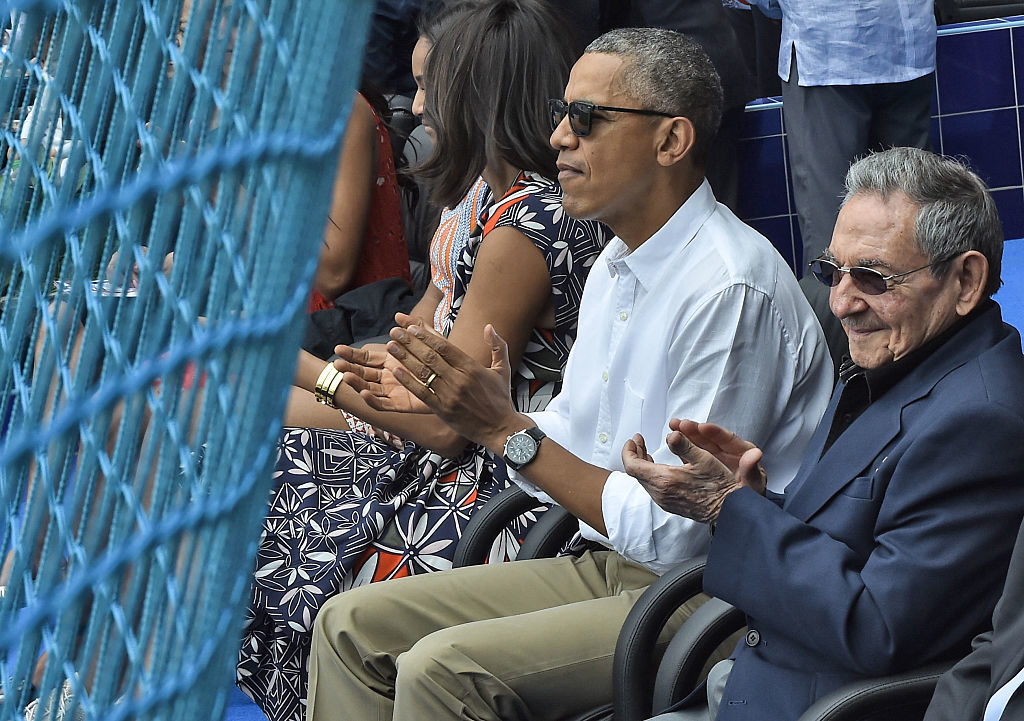 But that’s not all. In 2010, Obama met with Egypt’s Hosni Mubarak, a leader who tortured hundreds of his own people. In 2016, he hosted, in the words of the LA Times, a “cavalcade of dictators.” Among them were 10 heads of state from various southeast Asian countries that Obama was working with in finalizing the Trans-Pacific Partnership trade agreement.

Present were Cambodia’s Hun Sen, a former member of the Khmer Rouge, the communist group responsible for the Cambodian genocide, in which a quarter of the entire population was killed. Brunei’s Hassanal Bolkiah, who personally banned public Christmas celebrations in his country, and whose nation enforces strict Sharia law (death penalty of adultery, homosexuality, blasphemy, and apostasy), was also present.

Most of the other leaders had some serious allegations of corruption levied against them.

Where was Rachel when Obama was meeting them? Certainly not criticizing Obama’s decision.

Are liberals total hypocrites on Trump’s decision to meet with North Korea? Tell us your thoughts below!