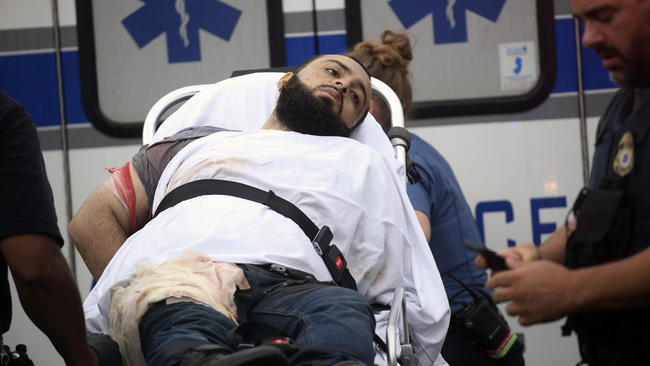 Last night New York City was rocked by a massive explosion. Luckily no one was killed and only 29 were injured.

Here’s what we know so far:

The bomb was targeting the popular night-time Chelsea District, and 29 were injured.

A second “pressure cooker” bomb was found near the bombing. Pressure cooker bombs were used by the Boston Marathon Terrorists:

This is the device found at second location, near New York explosion, officials say. https://t.co/cpgJgDr4X5 pic.twitter.com/TZr07KwDra

Mayor De Blasio believes the explosion was “intentional” but says there is no “evidence” it is tied to terrorism. But wouldn’t the fact that someone tried to blow people up be evidence of terrorism?

This comes a day after a pipebomb blew up in New Jersey near a running course.