Michael Steele Rips ‘Monkey it Up’ Comment on MSNBC

Anyone who needs a reminder of how dishonest the media is (though I’m not sure how anyone would) should look at how they reported on a completely innocent comment by Florida’s Rep. Ron DeSantis.

While appearing on Fox News, DeSantis said of his Democrat opponent: “The last thing we need to do is to monkey this up by trying to embrace a socialist agenda with huge tax increases and bankrupting the state.”

And how did the media report on the comments? Here’s how The Hill headlined their article:

Their article does accurately quote DeSantis in it, meaning they hoped no one would read past the headline. Luckily, most did actually point out how dishonest their reporting was. While DeSantis was saying the equivalent of “we can’t screw up the economy by adopting socialist policies,” liberals truly wanted to believe he was referring to his black opponent as a “monkey.” The term “monkey it up” is a slang sometimes used in repair shops in the South (as you can see an example of below on a repair forum) that means “screw up”: 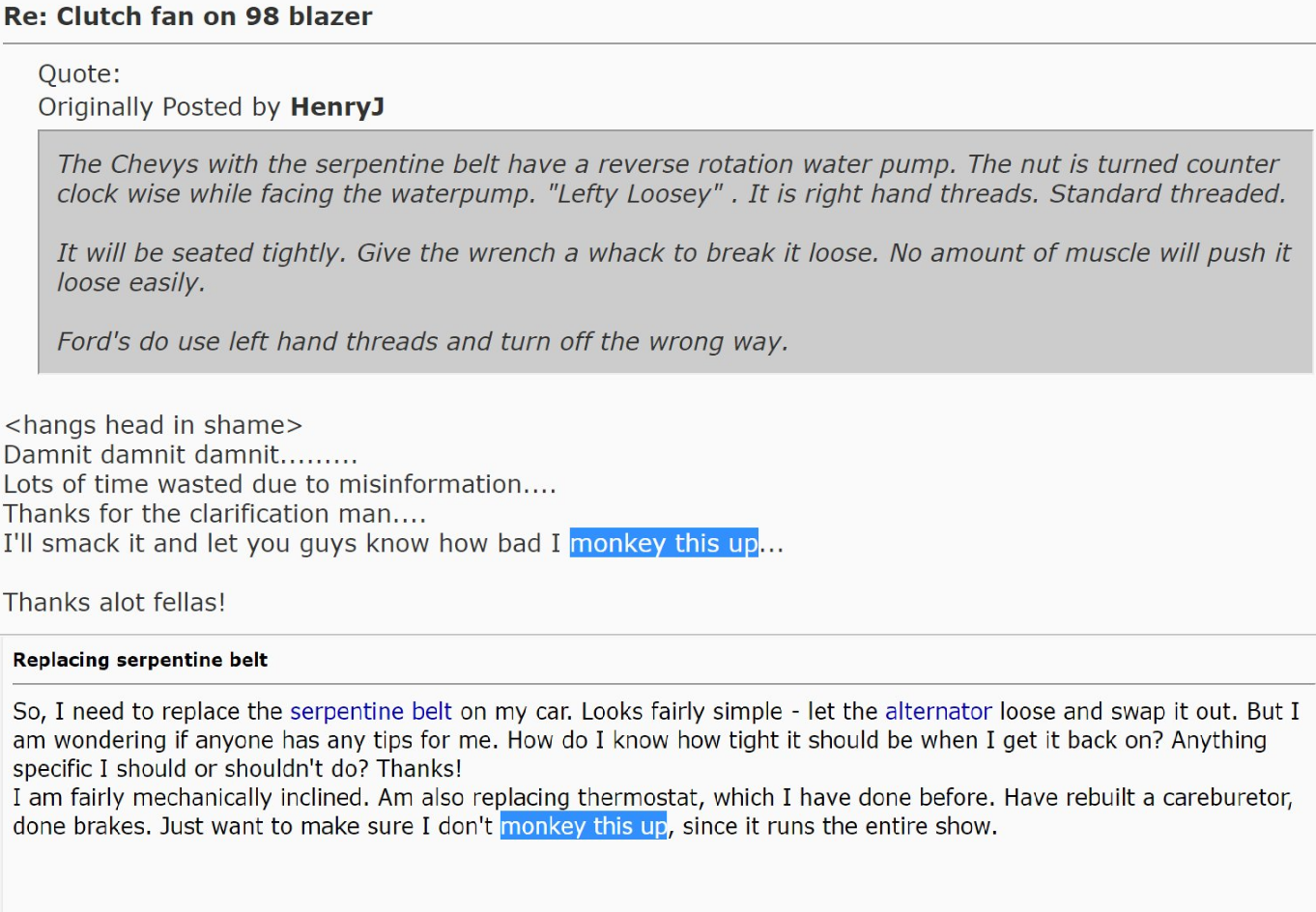 You can no longer say… Let’s not throw a Monkey Wrench into it.
Monkey bars.
Monkey on your back.
Monkeying around.
Monkey business.
Monkey See, Monkey Do.
My sweet little Monkey.
Don’t Monkey it up.
Monkey’s Uncle.
More fun than a barrel of Monkey’s.
ALL OFF LIMITS!!! pic.twitter.com/Apuc8E0JV0

This is NOT what DeSantis said.

DeSantis said: "The last thing we need to do is to monkey this up by trying to embrace a socialist agenda with huge tax increases bankrupting the state. That is not going to work."

And The Hill (and others in the media) didn’t cry racism when Obama, Chuck Schumer, and Diane Feinstein used similar language: 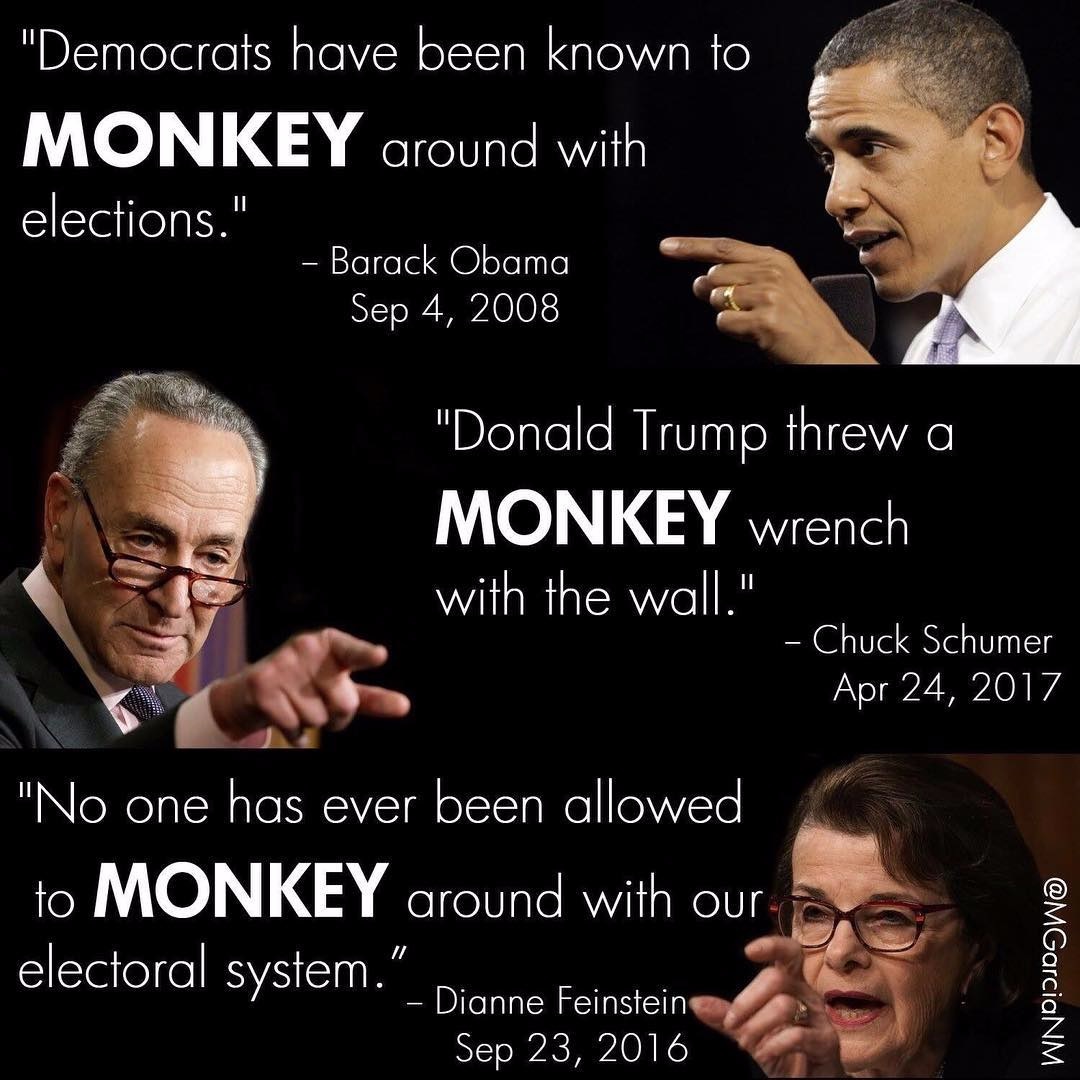 But sadly, even some Republicans are pretending that DeSantis was intentionally making a racist comment, which he obviously was not. Former RNC chair Michael Steele appeared on MSNBC with Chuck Todd, in which the following exchange ensued:

TODD: I want to talk about the DeSantis “monkey” comment here a minute. Why didn’t he get the benefit of the doubt? Michael?

STEELE: Why didn’t DeSantis get the benefit of the doubt?

TODD: The assumption was that he didn’t misspeak, that it was one-hundred percent a racial dog whistle. Is it because he’s connected to Trump? He didn’t get the benefit of the doubt from many people, including Fox News.

STEELE: No, it’s not because he’s connected to Trump, it’s because it’s how white folks talk about black men who are successful.

STEELE: I heard that he’s “articulate,” that he “performs well.” You know, he’s checking off those boxes. Why do you have to describe him that way, you know? What makes him articulate? Chuck, you are an articulate man. You perform well.

TODD: Doesn’t happen to a lot of white candidates.

STEELE: Doesn’t happen to a lot of white candidates.

So even when DeSantis compliments his opponent by calling him articulate, even that’s somehow racist. Is anything not racist to these people?

If Republicans like Steele were still in charge of the RNC, it’s unlikely Republicans would control all branches of government like they do now.

While the RNC today has no debt and tens of millions of dollars in cash, when Steele left his position as Chair in 2010, he’d racked up $23 million in debt (while the DNC only had $1 million in debt at the time). When Reince Priebus took over after Steele, he had to immediately cut 40 jobs from the RNC because of the dire financial situation he inherited.