As anti-Trump as the American media is, I never expected liberal journalists to go from comparing the Trump presidency to authoritarian rule to praising an actual authoritarian in the course of a week.

Somehow, these liberal boot-lickers managed to do just that, praising North Korea for their “diplomacy” at the Winter Olympics. Why? Because apparently the fact that North Korea actually bothered to show up is a sign of progress… as they simultaneously step up threats to nuke the U.S. mainland. Before the Olympics began, a number of media outlets actually had the foresight to warn others not to fall for North Korea’s propaganda.

And they quickly forgot their own advice.

CNN posted a now-deleted tweet, accompanied by an article about how Kim Jong Un’s sister is “stealing the show at the Winter Olympics.”

And despite the immense blowback they received, that was just the first of many.

I just loved the whole F-Trump opening to the Olympics last night. From all Koreans coming in together under one blue flag of peace, to Pence & “mother” forced to sit in front of Kim’s sister, to the popular Korean singers joining together to sing John Lennon’s “Imagine” – BOOM! 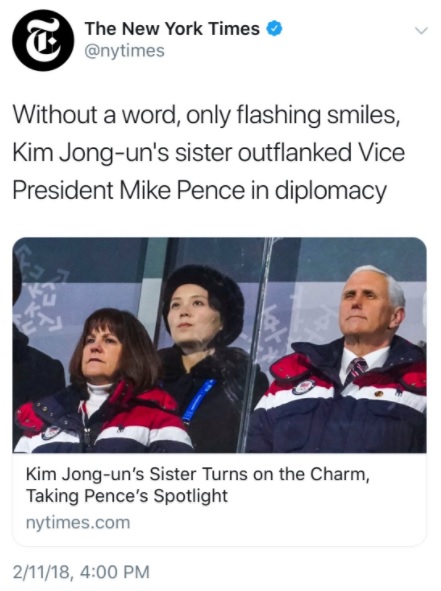 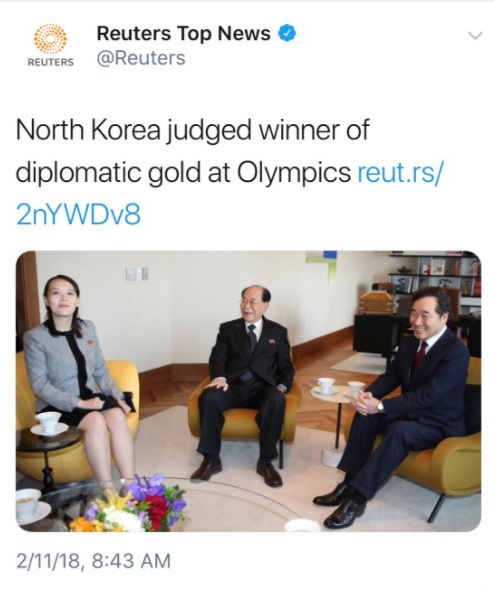 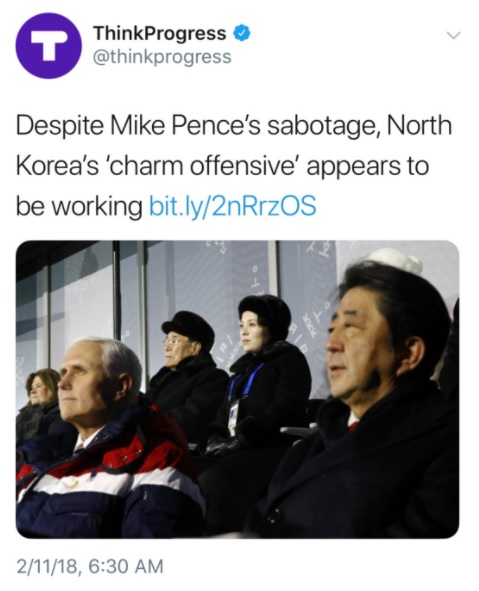 The media also adored the children forced at gunpoint to perform: 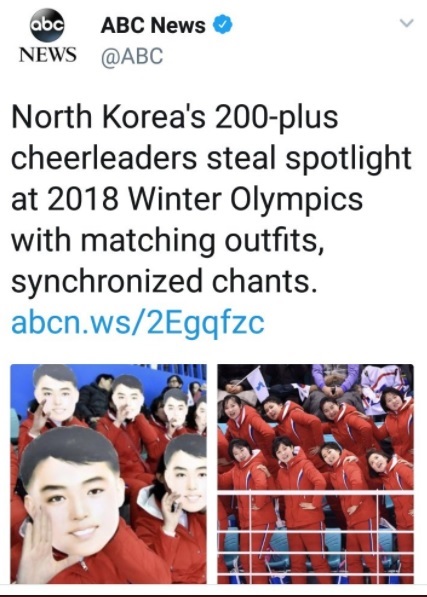 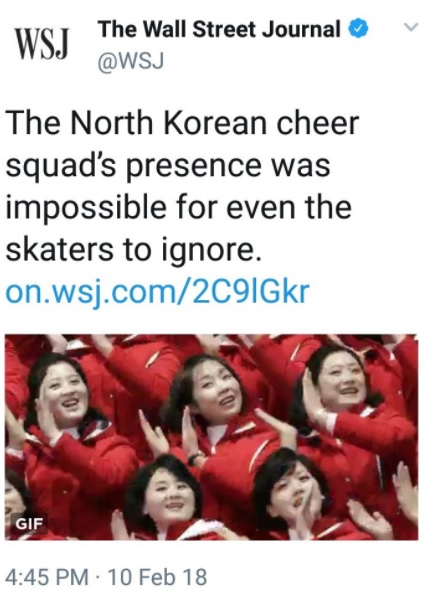 For some perspective, courtesy of the Daily Wire:

While these women are cheering, in North Korea, the people are starving. One man reported he was once so hungry he was willing to eat rice out of dried vomit.

While these women are cheering, in North Korea, children as young as 12 are reportedly forced to witness public executions of those who deign to defy the government.

While these women are cheering, in North Korea, women are being forced into horrible conditions. One woman reported she was forced to have an abortion when she was three months pregnant, without anesthetic, after she attempted escape.

And since you’ve suffered through that media craziness, you can take comfort in knowing that every single news outlet that published such pieces was overwhelmed with negative (or perhaps “sane” is a better description) reactions in response.

Here were some of the voices of sanity:

While some in the media look fondly upon North Korea during the Olympics, I can't help but recall this from 2 weeks ago–one of the most powerful moments I've ever witnessed.

While the media shamelessly do Kim Jong Un’s bidding in South Korea, this is what the parents, siblings, friends and neighbors of the North Korean ‘cheerleaders’ are going trough back at home in the brutal countrywide prison called North Korea. pic.twitter.com/iDTl0yECRM

Last week: Trump wants a military parade like a dictator!

This week: The admirable precision of North Korea's cheerleaders will warm your heart!

"North Korea doesn't need lights when they have a star like Kim Jong Un's sister." -The media pic.twitter.com/fNd9DTeGmP

I made some adjustments to those fawning North Korea tweets with some actual images from North Korea pic.twitter.com/HtGmyf79vO